Not long ago, Bombardier Inc. billed itself as the world’s third-largest aerospace company, and it was, proudly so. Its lofty status would make Bombardier Quebec’s favourite corporate son and, after the downfall of Nortel Networks and BlackBerry, one of Canada’s few remaining national and global champions. It would never be a Boeing or an Airbus, but it was big enough to fire some rounds into the underbellies of the airborne oligopolists.

As Bombardier expanded in aviation, and trains, the company’s ruling Bombardier-Beaudoin family, equipped with their supervoting shares, vowed to remain in control. And why not? The company was on the rise and both family and public shareholders were reaping rewards.

The shares peaked at $26.30 in 2000. Since then, they have steadily lost altitude. By 2013, Bombardier was a $5 stock. This week, the shares were a few pennies above $2, giving the company a market value of about $5-billion, an insignificant price for what still is ostensibly Canada’s premier high-tech manufacturing company. The reinvented BlackBerry is worth more.

Yet, the Bombardier and Beaudoin families retain an iron grip on their voting shares, their control unassailable even as the company dismantles itself to keep the core alive. Except the core is being dismantled, too.

The picture might have looked a lot different if they had admitted their stewardship of the company had gone from asset to liability and that it was time for another big investor to take a crack at preserving value. But no. They hung on.

In 2016, when Bombardier was getting eaten alive by cost overruns on its C Series passenger jet, Pierre Beaudoin, then executive chairman, now chairman, argued that Bombardier’s dual-class share structure was vital to protect the company’s long-term interests. The Quebec government, of course, applauded the families’ loyalty to their creation and to Montreal. “For the family, the success of this company has always been important,” Mr. Beaudoin said in response to a question at Bombardier’s annual meeting that year. “The family was there in good and bad times. The multiple-voting-right shares enable us to invest in the long term and allow us to protect the company.”

In 2003, Bombardier sold Bombardier Recreational Products, the maker of the original snowmobiles that were invented by Joseph-Armand Bombardier in the mid-1930s. In 2016, Bombardier sold its water-bomber division to Viking Air Ltd., even as climate change was making aerial fire-fighting aircraft more valuable. A year later, the C Series plane, the product that was to launch Bombardier into the global big leagues and dominate the market in the 100-150 seat category, was handed to Airbus, which redubbed it the A220. Next to go was the short-range Q400 turboprop, the one used by Toronto’s Porter Airlines. Earlier this year, the company announced it would sell its big wing-making operations in Northern Ireland.

This week, Bombardier was forced to acknowledge it was in talks to sell its money-losing regional jet business, the maker of small commercial passenger jets that have been compared to flying minivans, to Mitsubishi Heavy Industries Ltd. of Japan.

When the regional jets are gone, the company’s product portfolio will be limited to business jets and trains, and who knows how long the train division will last as industry consolidation pressure mounts. (In 2015, Bombardier sold a 30-per cent-stake in the train division, known as Bombardier Transportation, to Caisse de dépôt et placement du Québec for US$1.5-billion.)

For the Bombardier-Beaudoin family, the good news is they are still in control, in spite of various ultimately failed efforts to dismantle the dual-voting share structure and appoint a non-family member as chairman; the bad news is they are in control of a vastly diminished company that is still a stock-market dog even if it managed to eke out its first annual profit in five years in 2018. At Bombardier, family blood is apparently sacrosanct. The Beaudoins and Bombardiers have not been sent packing in spite of the epic destruction of shareholder value during their watch. Even the injection of fortunes in taxpayer dollars over the years could not stop the decline.

It’s hard to say what would have happened if the families had relinquished control a few years ago, when the C Series jet was going from would-be corporate saviour to potential executioner. Mr. Beaudoin apparently thought the company, in absence of the family’s controlling shares (which give them 50.9 per cent of the voting rights) and boardroom leadership, would be ripped apart by takeover artists, gutting the Quebec work force and hollowing out the company’s precious Montreal headquarters.

But that doomsday scenario, while certainly possible, may not have come to pass. As long as the Bombardiers and Beaudoins remained superglued to the company, strategic investors could not make a play for the company, and the Quebec and federal governments, and the Caisse, effectively became the lenders of last resort. Had they been able to do so, Bombardier may not have turned into the incredible shrinking company. And no doubt the Quebec and federal governments would have placed restrictions on any new owner to keep Bombardier’s assembly sites alive.

As it is, Bombardier is being dismantled and the process may not end with the regional jet sale. Quebec-style family capitalism had built a great company. Now, it’s shrinking a great company. The Bombardiers and the Beaudoins seem determined to pick apart their creation bit by bit, and no one can stop them.

Bombardier in talks with Japan’s Mitsubishi on sale of regional jet program
June 5, 2019 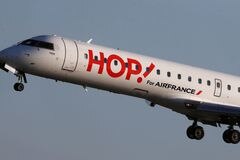 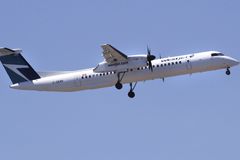 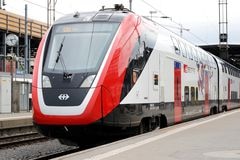