The sectional sofa for sale at Dodd’s Furniture & Mattress in Victoria, B.C., has leather upholstery, reclining capabilities and built-in USB ports – “all the bells and whistles,” owner Love Dodd said.

The reason is a new set of tariffs imposed by the Canada Border Services Agency on May 5 on some upholstered furniture from China and Vietnam. The move followed an investigation into allegations of “dumping” – or exporting goods to Canada at cheaper prices than in the seller’s own country. The CBSA’s preliminary determination meant that items from China were now subject to provisional duties as high as 296 per cent, while products from Vietnam faced charges as high as 101 per cent.

Suddenly, filling orders for those couches became nearly four times more costly – more than Dodd’s could absorb. “A lot of small businesses don’t have that kind of [cash] reserve,” Mr. Dodd said. “We are a family-run business, and we have what we have. We can’t take the hit.”

Industry group the Retail Council of Canada has formed a coalition of retailers to oppose the new duties, which could still change when the CBSA makes its final determination in early August. The matter goes before the Canadian International Trade Tribunal starting in September.

Hefty new tariffs on some furniture will mean sticker shock for customers, but there is a major upside

The company that initiated the investigation, Winnipeg-based Palliser Furniture Ltd., has argued that the Canadian manufacturing sector needs to even the playing field to compete with overseas suppliers.

But retailers who oppose the tariffs say that the amounts are excessive, and far higher than what was sought by the complainants in the investigation.

“My first reaction was, ‘Are you kidding me?’ ” said Leon’s Furniture Ltd. president Mike Walsh. For now, the company has been absorbing the additional costs on items such as recliners and sofa beds that are subject to new duties.

“We didn’t want the sticker shock [for customers],” Mr. Walsh said, adding that Leon’s could revisit the issue when the CBSA makes its final determination or when the tribunal process concludes.

Montreal-based furniture retailer Mobilia has also kept its prices the same, but is anticipating increases in the coming months. For now, it is selling some items at a loss.

“We had a whole slew of orders that were forecast out all the way up until October, November,” Mobilia president Johannes Kau said. Some orders had been delayed by a manufacturing backlog owing to factory shutdowns earlier in the pandemic. “We’re facing a significant financial impact, because we don’t want to go back to the customer and say we have to charge you more. Forget it. That’s an impossibility.”

The retailers in the coalition will participate in the tribunal process, and some have sent letters to their Members of Parliament, asking them to push for the Ministers of Public Security and Finance to consider remedial action to relieve the tariffs until the tribunal tables its findings.

“What’s bizarre about the CBSA decision is, it’s smack in the middle of a pandemic,” RCC president and chief executive Diane Brisebois said. While furniture retailers such as Leon’s have benefitted from surging demand – as Canadians spend some pandemic savings on home upgrades – they have also been affected by store closings and the added costs of fulfilling more orders online. In addition, both domestic and international manufacturers have increased prices because of disruptions in the supply chain that have led to shortages of some raw materials. Shipping costs have also gone up. On top of those considerations, the new duties are “a financial bombshell” for retailers, she said.

The RCC will be arguing that it is not clear there has been dumping, and that the type of products being imported by retailers are not always available from Canadian manufacturers.

“We’re doing everything we can to find alternate sourcing. We have moved some of the production,” Mr. Kau said. Mobilia already bought some products from Canadian manufacturers, but the duties in some cases have caused the company to shift to buying from Italian suppliers. “We need a robust furniture [manufacturing] industry here in Canada. Having said that, even those manufacturers that exist could not come close to supplying all of these products. … That’s just not realistic,” Mr. Kau said.

Leon’s also buys from some Canadian suppliers, but Mr. Walsh said the market is not sufficient for the kind of volume the retailer requires. “The production in Canada can’t satisfy our demand,” he said.

At Dodd’s in Victoria, pink price tags mark the floor display items that Mr. Dodd is now trying to clear out – items he can no longer afford to order in. It has been a struggle to find new suppliers in other countries, and in Canada the timeline for new deliveries can be up to a year because of factory backlogs.

“It is quite uncertain right now,” he said. “We have to sustain the volumes that we’re doing to keep our expenses paid. … I don’t know what’s going to happen.” 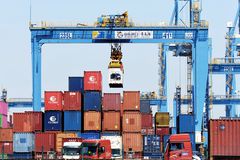 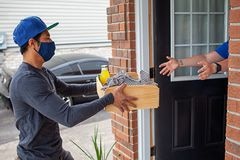 Leon’s Furniture CEO retiring after 45 years in the family business; president Mike Walsh to take on role
Subscriber content
May 13, 2021 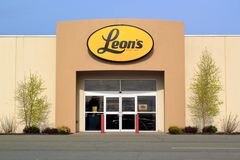