A global recession is not a question of if, but when. Recessions are a natural part of an economy, though predicting when one will happen is not an accurate science. And now we are more than 10 years into a bull market, the longest in financial market history, which has some saying we are soon due. Here’s what you should know about recession, and what you can do as you look forward.

A recession is a prolonged period of time in which a country’s economic activity declines. This is often measured by two quarters in a row of negative growth. The government is responsible for communicating when the country is in and out of recession, through the Minister of Finance or institutions such as the Bank of Canada. A recession can become a depression depending on its length and severity, though there is no clear definition for the term.

Bond yield curves have set investor nerves on edge because they’re deemed a recession warning when inverted, or when short-term interest rates are higher than those at the longer end, said David Rosenberg, chief economist at Gluskin Sheff + Associates.

Some indicators are less common, such as those described by George Athanassakos, a professor of finance and Ben Graham Chair in Value Investing at the University of Western Ontario’s Richard Ivey School of Business.

“The first metric is the well-known seasonal effect in the financial markets, which, in my opinion, has had a better success in forecasting recessions in the past … The second metric has to do with the relationship between the so-called value premium (namely, value stock returns minus growth stock returns) and economic growth going forward,” he writes.

A single province in Canada can experience recession. Alberta is still feeling the effects today of the 2015 crash in the oil industry, and the recovery has been mixed.

Alberta’s economic woes were largely left out of the federal election campaign earlier this fall. However, “the prolonged slump in the province’s oil-and-gas sector has left tens of thousands of Albertans unemployed, wreaked havoc with the province’s finances and inflamed a sense of anger and resentment in a region that has a long history as seeing itself as ignored by the rest of the country,” write James Keller and David Parkinson.

The downturn will leave a scar on the province for years, not least because it has forced a rethinking of Alberta’s dependency on the oil and gas sector. Read more on 10 ways Alberta has been changed by the recession.

A global financial crisis affected Canada in 2008. Known as the Great Recession, the downturn lasted just seven months in Canada. The U.S. recession lasted 18 months, beginning at the end of 2007 and ending a month after the Canadian downturn in June, 2009.

However, in hindsight, some say the Great Recession was not as bad here as it was for other countries. Canada saw far fewer bankruptcies than in previous recessions. In Canada, no major financial institutions required government bailouts, while in Europe, 20 banks in 10 countries failed. The recession was also shorter than elsewhere. Employment, too, didn’t dip as much as it did around the globe, nor were job losses as severe as they were in previous downturns.

Dos and don’ts for investors

Jonathan Durocher, president of National Bank Investments Inc. in Montreal, says mentally preparing now for the next recession is a good idea. Here is his list of things investors should and should not do before the next recession.

Do look back at previous recessions

Many investors will have an overwhelming urge to react. They need to take a step back and ask what they did with their portfolios during previous recessions. The best returns tend to happen after a recession, but investors need to have some faith and liquidity left to be able to invest at that time.

Do take a proactive approach to asset allocation

Great investment returns aren’t just about maximizing risk; they’re mostly about maximizing the risk investors could expect to stomach. That’s why some individuals should lower their exposure to equities ahead of time to help them stay invested when the markets tumble. For most investors, growing wealth is linked directly to their ability to harvest the power of compounding returns – and the first rule of compounding is to never interrupt it.

Do diversify your portfolio

Many people don’t see the benefit of diversification when the markets are going up, but the usage of alternative asset classes such as real assets and liquid alternatives can help a lot during volatile markets. The biggest benefit investors receive from diversification is the reduced risk of liquidating their investments at the worst possible time.

Do have a financial plan in place

A financial plan is a process, not a one-time thing.This process proves its worth during stressful times such as a recession, when a drop in the markets has already been baked into financial plans and investors’ long-term life goals are not at risk.

Don’t try to time the next recession

A natural reflex for many investors will be to get out of the markets just before the recession happens, then get back in when it’s over. Although this approach may sound logical, it’s extremely difficult to pull off. Even if investors manage to find the right time to get out of the markets, they may miss the right time to get back in – and that could hurt a lot in the long term.

When we think back to previous recessions, the worst ones are usually top of mind. But even though we may be in a recession, the stock market is not automatically going to go down the drain. Investors must be willing to accept that some recessions will produce big down markets while others can be accompanied by positive returns.

Don’t wait for a recession to deal with its impact

For investors, having a good grip on their ability to accept a big downswing in the markets is an important consideration. During these times, investors don’t want to be rethinking their risk tolerance and changing their portfolios as their emotions will likely be high.

For more on investing, you can also read John Heinzl’s look at how his dividend growth portfolio will hold up in a recession. “It’s also far from clear that a recession is imminent, although trade frictions and slowing global growth have some people worried that the economy could take a dive next year. I am, however, prepared to make a couple of predictions,” he writes.

There are five important points to keep in mind for business owners contemplating a potential exit in the face of a market downturn, writes Sam Sivarajan, managing director at Crosbie & Co., a specialty investment bank in Toronto.

Business owners have many reasons for doing what they do: build a business for their children, provide for their employees and support their community, among others. Identifying these drivers will inform if, when and how they approach external lenders, investors or buyers. For example, if a business owner wants to ensure that a future buyer keeps all the staff after the sale, or keep a commitment to the local community, she may find that a buyer is willing to agree to those terms – but at a lower purchase price.

Don’t try to control the timing

The lesson for business owners today is that you may not be able to sell at the time you want and at the price you want. One potential solution is that a business owner may choose to agree to a partial exit now with a mechanism to sell the rest of the company in a few years. Conversely, the business owner could choose a full sale now with a post-sale consulting or employment contract. A business owner is typically in a better position to negotiate these options before a market downturn.

Don’t be lulled by overconfidence

When Netflix moved to a new business model – streaming movies – Blockbuster, a much larger and more financially successful company, largely ignored the move as a fad. However, streaming technology displaced DVDs; Netflix thrived and Blockbuster went bankrupt. The lesson for today’s business owners is that they should beware the overconfidence trap: past success may not continue in a new market environment.

Research on two groups of subjects – one who assembled IKEA boxes and a second group that inspected the already assembled boxes – found that the first group would pay significantly more for the boxes than the second group simply because they had spent time and effort assembling the boxes. Business owners often fall prey to the IKEA effect and price themselves out of the market.

Of course, business owners need to compensate themselves appropriately, but the payout needs to be in line with business results. The inherent risk is that potential lenders or buyers do not see a viable business that exists independent of the owner and, therefore, choose to pass on the opportunity or do so on less favourable terms.

What you need to know about debt and how to manage it
December 3, 2019 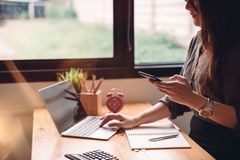