“Up or out” has long been the rule at most large law firms, where lawyers who don’t make partner are quietly shown the door.

But in a bid to retain talented workers, some of Canada’s biggest business law firms are now offering different career options for those uninterested in having to woo clients, or for lawyers who simply want a more manageable life.

Bay Street law firms are devising new tactics to counter the growing lure of private companies, many of which are rapidly expanding their in-house legal teams and hiring lawyers from the independent firms. To fight back, law firms are increasingly offering “counsel” positions for mid-career lawyers, signalling they have reached a level of experience but without the demands to generate new business that come with partnership. Some firms have also created other positions for lawyers to do more routine or standardized work in exchange for a predictable schedule.

“Law firms at a certain point not so long ago realized they were spending all this money to train new associates who then leave," said Ronit Dinovitzer, a professor of sociology at the University of Toronto who researches the legal profession. “There’s a sunk cost in training. You don’t want your associates to leave, but you’re not ready to promote them, so you find these new positions.”

Still, she said these new roles, meant to offer flexibility, could exacerbate the already problematic gender and diversity gap at the partner level in law firms. A 2016 survey by the Canadian Centre for Diversity and Inclusion found that men accounted for 73 per cent of equity partners (those who have bought into the partnership and have a voting stake) at Canadian law firms that responded, while 88 per cent of partners were reported as Caucasian.

“The big question is: Who are the individuals who end up staying in firms in non-equity positions?” Prof. Dinovitzer said, noting U.S. research shows it is predominantly women. “I would love to see some creativity from firms, giving women an option to take five years, step off the track and come back. But I don’t see evidence that that works yet, at least in the American context.”

In-firm alternatives to partnership come at a time when it is no longer considered a failure not to make partner, she said, noting that the growth in general counsel and other in-house legal roles has come with a corresponding increase in the prestige of those roles.

According to figures tracked by the Federation of Law Societies of Canada, the number of practising lawyers increased by 17 per cent to 66,519 between 2007 and 2017. Over the same time period, the number of lawyers without professional liability insurance – which includes in-house lawyers as well as university professors –increased by 47 per cent to 32,325. The data suggest a higher proportion of lawyers are opting to work in-house at companies rather than at independent law firms.

Tina Woodside-Shaw, one of two firm managing partners at Gowling WLG (Canada) LLP, said her firm formally created an “alternative career path” program in October, 2018, in response to a pattern of “losing some very good people because they did not want to pursue partnership at that point in their career.

“We’ve seen increasing competition over a number of years from in-house and from government, because of some of what those positions offer in terms of flexibility. We wanted to be able to provide some of that flexibility within our firm,” she said. Government and in-house jobs also increasingly offer interesting work, she added. “And we don’t like losing good people.”

Ms. Woodside-Shaw said the program is also a recruitment tool. One of the first people the firm attracted using the promise of different career options was Bria Fallen, a Calgary-based lawyer who had been practising corporate law for six years when she was approached by Gowling in 2016.

She joined the firm early the following year and now works on commercial loans for banking clients using a proprietary software tool that helps standardize the work. She works on a “value” basis, charging set fees rather than billing by the hour, which makes her schedule manageable. Ms. Fallen is currently on maternity leave with her first child, but otherwise works a 9-to-5, five-day week.

When Gowling recruited her, she was considering leaving private practice. “I was getting married in the coming months and I was struggling with a dilemma that lots of young lawyers struggle with: How am I going to balance having a family with the demands of private practice?

“I was working long hours fairly consistently and that doesn’t lend itself to any kind of healthy relationship, let along having a family with small children.”

Ms. Fallen still hopes to become a partner in the firm at some point – “I am the high achiever type. That was always my career goal,” she said – and says Gowling has indicated she can get back on the partnership track when she’s ready.

In contrast, Toronto-based Torys LLP lawyer Molly Reynolds has opted out of the push to make partner and instead accepted the role of counsel in 2018. But she still maintains a demanding privacy law and cybersecurity practice, taking the lead on some files and supervising younger associate lawyers or law clerks, much as a partner would. “I wanted to take an individualized approach to my practice and career and the traditional partnership path wasn’t as appealing,” she said.

“The counsel role isn’t one people go into to satisfy a work/life balance question,” said Deborah Dalfen, director of professional resources at the firm. She said Torys offers counsel positions to some mid-career lawyers who do not want the administrative work that comes with being partner nor the responsibility for partner-level revenue generation or extensive business development (bringing in new clients).

Matt Cockburn, who will take over as managing partner at Torys in April, said the firm developed the counsel role as a retention solution. “There are a lot more alternatives available than there were 25 years ago. It’s not just a competitive landscape for talent, but it’s a very, very discerning talent pool out there.

Sophia Tolias, director of marketing at the firm, said she understands alternative roles could raise concerns about women disproportionately not continuing on to partnership, but adds, "That has not been our experience at Torys: We have nine women counsel and 16 male counsel.” 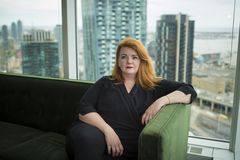 Lexpert: Forget the past: Law firms are now on the technology innovation map
Subscriber content
March 21, 2019 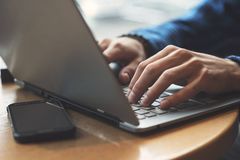