Vanmala SubramaniamCapital Markets Reporter
Published May 19, 2021 Updated May 20, 2021
For Subscribers
Comments
Text Size
Please log in to listen to this story. Also available in French and Mandarin. Log In Create Free Account

Brane Capital, a fintech company that intends to become the first qualified custodian for cryptocurrency assets in Canada, is planning a public offering in the coming months, according to sources, joining a wave of companies that have taken advantage of the bull run in cryptocurrencies to raise money or go public.

The Ottawa-based company, run by former cannabis executive and co-founder of Hexo Corp., Adam Miron, has already hired bankers to lead the offering and is expected to announce its listing via a reverse takeover on the TSX Venture Exchange in two weeks, two sources said.

The actual offering is expected to take place in September or October to avoid the traditional IPO lull of the summer months. The Globe is not identifying the sources because they are not authorized to speak publicly on the listing.

Brane’s core business is the custody, or storage, of cryptocurrency assets. It currently offers self-managed custody software for entities that do not require their assets to be held by a qualified custodian, such as family offices, publicly listed crypto miners and foundations.

Currently, the biggest custodians of crypto assets in the world are American crypto exchanges such as Coinbase, Gemini and BitGo. Mutual funds in Canada that hold digital assets such as bitcoin, for example, typically use Gemini to store their digital assets, because it is the only qualified custodian in Canada. That effectively means Canadian investors are relying on an American entity to safely hold their cryptocurrency investments.

“Many of the large bitcoin ETF players in Canada do not have a choice other than to use Gemini as their custodian, which brings into question all sorts of security issues around coins being held in a foreign jurisdiction,” Mr. Miron said in an interview with The Globe. “We have custody technology that we believe will make us the first qualified domestic custodian for crypto assets,” he added.

Mr. Miron acknowledged that Brane is exploring the option of going public, but declined to discuss details.

Regulators view the complications around storage of digital tokens as one of the central risks to investing in cryptocurrencies. Much of this trepidation stemmed from the collapse of Canadian crypto exchange QuadrigaCX in December, 2018, which saw thousands of investors lose more than $250-million worth of crypto assets because the exchange could not be accessed after the death of its founder, Gerald Cotten.

Mr. Miron said he was initially hesitant to get involved in the cryptocurrency industry because of its “reputation problem,” but eventually homed in on the safekeeping of assets as one of the “lowest risk” ways of approaching the industry.

“This is why we were able to attract investor interest and credible talent to our board. We don’t believe in bringing down traditional financial institutions, a sentiment you will often find in the crypto space. We want to work with the banks on this issue,” Mr. Miron said.

The company has managed to attract a slew of prominent names, including former politicians and bank executives, to its board. Former Ontario premier Dalton McGuinty is a board member and Jerome Dwight, former chief executive of Bank of New York Mellon Canada, is the company’s president.

Dave Revell, an investor and director of Brane who was formerly the global chief information officer at CIBC, said Brane caught his attention because it was one of the only crypto companies in Canada focusing solely on building a robust custody solution.

“When you look at the projections of crypto as an asset class, bigger institutions are already paying attention to this. And so you can expect that the needs for proper custody and security are also going to grow,” he said.

Brane, however, is still in its infancy. While the company is seeking to vastly expand its client base to include governments, law enforcement agencies, banks and investment companies, it currently has custody agreements with just six clients.

Brane’s biggest hurdle, if it receives regulatory approval, will be wrangling clients away from Gemini, which has effectively carved out a monopoly for itself in the Canadian market. There are also a handful of other fintech startups in Canada vying for qualified custodian approvals from regulators – Calgary-based Olympia Trust Company, for example, which is using custody technology from crypto company Knox Capital Inc. It’s unclear how far along Olympia is in the process.

Federal lobbying records show that Brane has been actively lobbying Ottawa and officials from the RCMP and Canadian Security Intelligence Service (CSIS) on the issue of cryptocurrency storage. When asked about the company’s lobbying activities, Mr. Miron said Brane is seeking to help law enforcement entities store crypto assets that they seize in drug or gun busts. “We are telling them, look, we have some unique technology that will allow you to keep these seized assets safe,” he said.

The company’s revenue is derived from service fees related to the storage of crypto assets.

Mr. Miron would not divulge details on how much revenue the company has accumulated to date, but one of the sources told The Globe that Brane’s revenue is expected to grow to $10-million by 2022. The source also said that upon going public, Brane could be valued at up to $100-million. 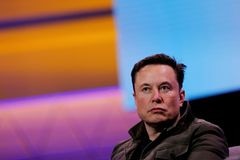 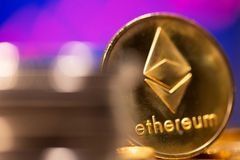