China’s influence, real or perceived, has sure become problematic when it comes to doing business in a world of upheaval.

The latest example is the decision by Hong Kong Exchanges and Clearing Ltd. (HKEX) to scrap a proposed US$39-billion offer for London Stock Exchange Group PLC, a deal that would have stitched together a capital markets network spanning two continents. It was a gamble from the outset with both jurisdictions in the midst of political turmoil.

HKEX’s chief executive, Charles Li, said on Tuesday he still believes his rationale for launching the unsolicited proposal last month is solid, but in a blog post he lamented that he and his executives were unable to convince the board of London Stock Exchange Group (LSEG) of the merits.

“Despite a huge amount of work and discussions with a broad set of regulators and extensive shareholder discussions, the level of engagement from LSEG led us to conclude that the continued pursuit of a combination of the two businesses would not be in the best interests of our own shareholders,” he wrote.

Recall that HKEX sold the idea as a way for both organizations’ shareholders to capitalize on mainland China’s growing influence in global financial circles and the expansion of its currency around the world.

There were big hurdles from the start. First, LSEG had already agreed to a US$14.5-billion deal to buy the financial-data provider Refinitiv Holdings Ltd. from its owners, Blackstone Group Inc. and Thomson Reuters Corp. (Thomson Reuters is majority-owned by Woodbridge Co. Ltd., the investment company of Canada’s Thomson family. Woodbridge also owns The Globe and Mail.) The Refinitiv transaction is aimed at adding a huge suite of analytics – and customers – to the London Stock Exchange’s trading offerings.

A condition of HKEX’s bid would have been the cancellation of that acquisition. The main parties to the transaction were looking forward to completing it, giving the Refinitiv partners a 37-per-cent stake in the combined business. Since announcing it was in talks to acquire Refinitiv in late July, LSEG’s shares are up 25 per cent.

Unrelated conflagrations sealed the end of HKEX’s overture, however. Britain is entering the political unknown as it lurches toward cutting its ties with the European Union. As of Tuesday, there was no sign of a deal allowing Prime Minister Boris Johnson to ease his country out of the EU. That makes for plenty of risk on its own.

More troublesome, though, is that Hong Kong’s role as a capitalist mecca under Communist China may be on the cusp of dramatic change. For 18 weeks, pro-democracy demonstrators have filled the streets of Hong Kong in sometimes-violent clashes.

China has so far resisted cracking down, but its sabre-rattling has been ominous. Beijing has showed it is highly sensitive to global criticism, and has accused Western governments of fomenting anti-China sentiment. This week, the situation took an unexpected turn when none other than the National Basketball Association became embroiled in China-Hong Kong tension. It started when Houston Rockets general manager Daryl Morey tweeted support for the pro-democracy movement.

In response, Chinese state television said it would not air NBA exhibition games being played this week in the country. The Chinese Basketball Association, which is led by former Rockets star Yao Ming, said it would suspend all co-operation with the team. Several Chinese sponsors put their deals with the team on hold. The NBA tied itself in knots expressing regret for any insult the comment caused in China, while saying Mr. Morey has a right to free speech. The tweet has since been deleted, and Mr. Morey said he did not mean to offend anyone.

If the general manager of a basketball team can cause such a fracture with China, imagine the potential fallout in financial markets if a global dispute over, say, trade, spills over into an East-West exchange whose home base has uncertain governance. It’s worth noting that the Hong Kong government is HKEX’s largest shareholder.

Regulators around the world would have taken note of such risks in their deliberations. Even if the LSE’s investors preferred a takeout of the British exchange by HKEX over the Refinitiv deal, getting it through all the necessary approvals would have been the furthest thing from a slam dunk. 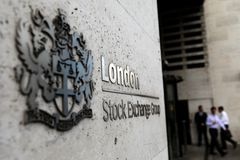 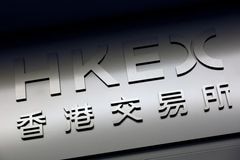 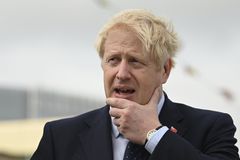