Less than half of small businesses who qualify for a federal rent-relief program say their landlord has applied, leaving thousands of companies without help on a major expense during the COVID-19 pandemic, new survey results suggest.

About 41 per cent of smaller companies who believe they qualify for the Canada Emergency Commercial Rent Assistance (CECRA) said their landlord has not applied to the program, while another 14 per cent said their landlord has “maybe” applied, according to results published Monday by Save Small Business, a lobbying group created to support entrepreneurs during the pandemic. The survey drew roughly 1,660 responses, with half coming from British Columbia.

The results are the latest sign of tepid participation in CECRA, which aims to minimize rent for small businesses that have taken massive revenue hits. The federal government’s rent-relief program has come under considerable fire for what entrepreneurs say is an onerous and complex process that relies on landlords to apply rather than small-business tenants. Several landlords have told The Globe and Mail they aren’t bothering to participate, with some citing their struggles in applying.

As of early last week, more than 24,500 entrepreneurs had received funding or were approved for CECRA, a Finance Ministry spokesperson said. Canada has more than one million small businesses. Polling from the Canadian Federation of Independent Business (CFIB) suggests 40 per cent of these companies meet the program’s eligibility terms.

“CECRA should be declared an utter failure,” Save Small Business said in a news release. “There needs to be an easier, better way to get rent relief funds directly to tenants who need it.” Tenants should be able to provide their lease agreement and proof of payment from past months to get paid now, the group says.

The federal government unveiled CECRA in late April and began taking applications on May 25, or more than two months after lockdown restrictions began. Under the program, small-business tenants pay 25 per cent of their rent, landlords absorb another 25 per cent, and the remaining 50 per cent is subsidized by Ottawa and the provinces through forgivable loans from the Canada Mortgage and Housing Corp. Tenants are eligible for CECRA if they pay less than $50,000 in monthly rent, have gross annual revenues of less than $20-million and saw their sales plummet at least 70 per cent from prepandemic levels.

Ottawa initially offered rent relief for the April-through-June period, but recently extended it to July.

Rental assistance is a crucial piece in helping to keep companies afloat. In Monday’s survey, 47 per cent of small business owners said CECRA was the most important government program to their survival, compared with 21 per cent who pointed to an emergency loan program and 19 per cent to a wage-subsidy program. Further, 47 per cent said they “wouldn’t survive” without CECRA.

Several provinces have temporarily halted commercial evictions for companies that are eligible for CECRA, regardless of whether they’re actually receiving subsidized rents. However, the rules differ by province and eviction bans are slated to expire this summer, leaving companies that aren’t getting rent relief in a vulnerable position.

Both Save Small Business and CFIB have advocated for rental funds to flow directly to companies. In a recent CFIB survey that asked for how to improve government-support programs, 42 per cent of respondents said qualified tenants should be able to directly access CECRA’s 50-per-cent subsidy if their landlord chooses not to participate.

Dan Kelly, president and chief executive of CFIB, said on Twitter on Monday that CECRA “remains a big mess with very few small firms able to take advantage of [a] needed program.” 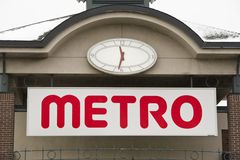 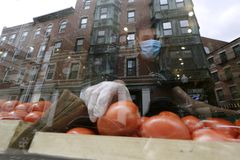 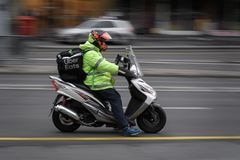