The activist investors who’ve bought into TransAlta Corp. are nominating five directors to the company’s board so they can have the ability to kill an investment in the company by Brookfield Renewable Partners LP.

TransAlta announced the $750-million Brookfield investment Monday, arguing that the cash injection could accelerate its move to renewable energy and allow for a share buyback that would return capital to stockholders. Three new directors, including two top Brookfield executives, would join TransAlta’s board.

The investment was in response to shareholder dissatisfaction with the pace of change at TransAlta, CEO Dawn Farrell acknowledged, but wasn’t a direct response to the investment by New York-based Mangrove Partners and the two other funds.

Mangrove said in January that it had acquired 9.4 per cent of TransAlta. On March 15, it said it was partnering with another New York fund, Cove Key Management LP, and Dallas-based Bluescape Resources Co. LLC to form an investor group to influence company decisions.

In an interview with The Globe and Mail on Monday, Ms. Farrell said she had not spoken to the activists by midday Monday. “I think there will be discussions in the next day or so,” she said at noon. "I think they had a different view of the way that they would do things.”

Later that day, she got feedback. The company said late Monday it had received notice that Mangrove Partners intends to nominate five candidates for election to the company’s board at TransAlta’s upcoming annual shareholders meeting on April 26. TransAlta said it “will review Mangrove’s notice, consider the suitability of its nominees and communicate more fully with its shareholders in due course.”

In a news release Tuesday, Mangrove and the other funds said the terms of the Brookfield investment agreement say that if two or more persons who are not among the company’s recommended director nominees get elected, TransAlta will then have the right to terminate the Brookfield deal.

The funds said Tuesday they “have had insufficient time to fully evaluate the Brookfield Investment Agreement. However, they believe that transactions superior to [it] may be available to [TransAlta] and that it is therefore important to preserve the Company's ability to terminate the Brookfield Investment Agreement in order to explore and potentially pursue such superior transactions.”

Neither TransAlta nor Mangrove identified the five nominees publicly.

In the investor group’s March filing, it said it had already spoken to TransAlta and believed that the company could increase shareholder value through "operational and cost excellence, asset optimization, capital allocation and broader strategic initiatives.” John Wilder, the executive chairman of Bluescape, is the former CEO of TXU Corp. who sold that company in 2007 for US$32-billion to a private equity group led by Kohlberg Kravis Roberts & Co. and Texas Pacific Group. It’s still the largest leveraged buyout in history and Mr. Wilder has been called the “turnaround titan” in Texas media.

TransAlta’s board currently has 10 members. As part of the deal announced Monday, Brookfield plans to place two of its executives, Harry Goldgut and Richard Legault, on TransAlta’s board. TransAlta has also recruited the former chief executive of U.S. energy giant Dynegy Inc. to join the board. With a current director retiring, the addition of three new ones would bring the board to 12 members.

TransAlta will use $350-million to speed its move away from coal and gas power, and another $250-million for a major share buyback. TransAlta will use the rest for other energy projects and general corporate spending. The Brookfield fund, an offshoot of Brookfield Asset Management Inc., is buying new TransAlta convertible debt and preferred stock. Each will pay 7-per-cent annual interest and will be exchangeable, in 2024, into up to 49 per cent of TransAlta’s Alberta hydro assets, based on their profitability at the time.

Brookfield − which already owned nearly 5 per cent of TransAlta in one of Brookfield Asset Management’s many investment funds − also committed to increasing its ownership in TransAlta’s common stock to 9 per cent by buying on the open market, so long as it pays no more than $10 a share. 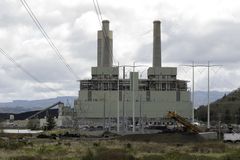 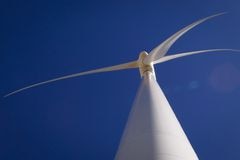