Low borrowing costs and strong investor demand have led to a rush of activity in the “maple” bond market, as global public-sector entities tap the Canadian debt market for cash.

Public-sector borrowers have issued $5.2-billion worth of maple bonds in the past three months.

That marks the highest level of activity by SSAs – a term that stands for sovereigns, supranationals (political unions, such as the European Union) and agencies – in that market in more than a decade, said Alex Caridia, head of government finance at RBC Dominion Securities.

Notable issuers of maple bonds, which are debt instruments issued by foreign borrowers in Canadian dollars, include the World Bank, the International Finance Corp. and the European Investment Bank, which is the European Union’s lending arm.

There have been nine Canadian-dollar bond offerings by SSAs totalling $7.2-billion since the start of 2019. That’s more than was issued in the past three years combined. Public-sector borrowers issued $5.5-billion worth of maple bonds in all of 2018, none in 2017 and $1-billion in 2016, according to data from RBC.

The maple bond market got a major push nearly 15 years ago, when Ottawa eliminated most of the restrictions on the ability of pension funds to buy foreign assets. As they sought to diversify, pension funds invested more in debt from non-Canadian entities. But activity in the maple bond market fluctuates because of a number of factors, including how much it costs for borrowers to hedge their currency exposure.

Typically, when borrowers issue bonds in the Canadian-dollar market, they swap the proceeds back into their own currencies by purchasing a financial instrument called a swap from a bank, a process referred to as hedging.

Owing to a variety of factors – including foreign-exchange rates and the level of supply and demand in the swap market – the cost of issuing a bond in Canadian dollars and then swapping proceeds back to euros or U.S. dollars has been lower this year than in the past, Mr. Caridia said.

Meanwhile, Canadian institutional investors have displayed an increased appetite for what are referred to as sustainable bonds – debt that is used to fund projects that meet specific environmental, social and corporate governance-related criteria – said Andrew Salvoni, director of debt capital markets at HSBC Bank Canada.

“The domestic supply is not enough to sate these investors," Mr. Salvoni said. That has created an opportunity for global public-sector players, who are often looking to diversify their investor base, he said.

Notably, nearly half of the $7.2-billion of maple bond issuance in 2019 is labelled as sustainable, according to Doug Bartlett, vice-chair and head of government finance in the debt capital markets division at CIBC World Markets.

Mr. Bartlett also noted that most of the maple bonds issued by global SSAs tend to be concentrated in shorter maturities – three to five years – a segment of the bond market where issuance by Canadian governments has been relatively scarce. For instance, the European Investment Bank issued a three-year, $600-million maple bond, while the Inter-American Development Bank’s $600-million maple bond has a five-year maturity.

Canadian governments have been been issuing more of the new debt at longer-term maturities, such as 10 to 30 years, to take advantage of ultralow long-term interest rates.

“This issuance is filling a void left in the market by Canadian governments,” Mr. Bartlett said.

For large, global players, entering the maple bond market has another advantage – it allows them to diversify their funding programs and reach new investors, Mr. Salvoni said. That’s an important factor for entities that issue tens of billions of dollars of debt annually.

“They can’t just rely on two or three markets to get that done,” Mr. Salvoni said. “They need to spread their activity around across the globe.”

Sanity is seeping back into markets. And that could be a very good thing
Subscriber content
September 27, 2019 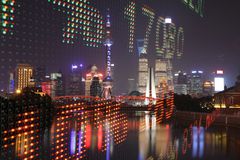 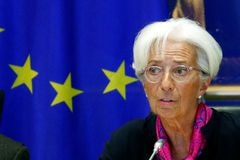