President Donald Trump blasted the Federal Reserve on Monday, describing it as the “only problem” for the U.S. economy, as top officials convened to discuss a growing rout in stock markets caused in part by the president’s attacks on the central bank.

U.S. stocks have dropped sharply in recent weeks on concerns over weaker economic growth, with the S&P 500 index on pace for its biggest percentage decline in December since the Great Depression.

In a tweet that did nothing to ease market concerns about the Fed’s cherished independence, Trump laid the blame for economic headwinds firmly at the feet of the central bank.

The only problem our economy has is the Fed. They don’t have a feel for the Market, they don’t understand necessary Trade Wars or Strong Dollars or even Democrat Shutdowns over Borders. The Fed is like a powerful golfer who can’t score because he has no touch - he can’t putt!

Trump has frequently criticized the Fed’s raising of interest rates this year and has gone after Powell several times now, telling Reuters in August he was “not thrilled” with his own appointee. The Fed hiked rates again last week.

A crisis call on Monday between U.S. financial regulators and the Treasury Department failed to assure markets.

All three major indexes ended down more than 2 per cent on the day before the Christmas holiday. The S&P 500 ended down about 19.8 per cent from its Sept. 20 closing high, just shy of the 20 per cent threshold commonly used to define a bear market.

Oil prices followed equities down, tumbling more than 6 per cent to the lowest in over a year.

Treasury Secretary Steven Mnuchin hosted a call with the president’s Working Group on Financial Markets, a body known colloquially as the “Plunge Protection team,” which normally only convenes during times of heavy market volatility.

Regulators on the call said they not seeing anything out of the ordinary in financial markets during the recent sell-off and also discussed how they will continue critical operations during the partial government shutdown, according to two sources familiar with the matter.

Mnuchin also made calls to top U.S. bankers on Sunday and got reassurances that banks were still able to make loans, the Treasury said.

If Mnuchin’s efforts were meant to soothe markets, that was not evident on Monday.

“When the Dow is down 600 points it’s hard to say it was a positive,” said J.J. Kinahan, chief market strategist at TD Ameritrade in Chicago.

“Although his intention was a very good one, the net feeling I think was, ‘Is there a bigger problem that we don’t know about?’” he said.

Wall Street is also closely following reports that Trump had privately discussed the possibility of firing the Fed’s Powell. Mnuchin said on Saturday that Trump told him he had “never suggested firing” Powell.

Still, just the public suggestion that Trump might try to interfere so deeply with the Fed was unsettling to financial markets that have long operated on the presumption of the U.S. central bank’s independence from political meddling.

Adding to that disquiet is the lack of clarity over whether Trump could in fact dismiss Powell.

Sarah Binder, a professor of political science at George Washington University, said it was “ambiguous legally” whether Trump could remove Powell from the chairman role.

The Federal Reserve Act is clear that Powell can only be removed from the Fed’s board of governors “for cause,” which is generally understood to mean malfeasance, rather than disagreements over interest rates, Binder said.

Troubles in Washington have escalated in recent days with a partial government shutdown that began on Saturday following an impasse in Congress over funds for a wall on the border with Mexico. Defense Secretary Jim Mattis’ resignation on Thursday after Trump’s surprise decision to pull U.S. troops out of Syria also unsettled investors.

But Mnuchin’s response to the market concerns was seen as an overreaction in Wall Street circles. 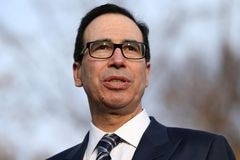 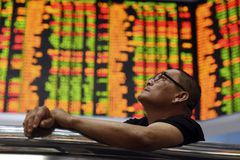 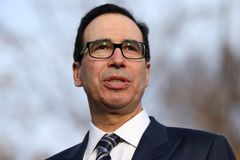