Tracy Odell recalls with a mix of pride and pain the sunny spring day two years ago that her daughter got married in California.

Pride in the milestone. Pain at having to miss it.

Airlines, she said, effectively failed to accommodate her disability, a problem that thousands of Canadians continue to face despite new rules designed in theory to open the skies to disabled travellers.

As seating space shrank and cargo doors were often too small for customized wheelchairs, Ms. Odell cut back on the flights she once took routinely for her work with a non-profit.

“My wheelchair is part of me,” said Ms. Odell, 61, who was born with spinal muscular atrophy, a genetic condition that gradually prevents forming and keeping the muscles needed to walk, balance, eat and even breathe. “I’m helpless without it.”

Her $18,000 mobility device is not allowed in the aircraft cabin. Nor can it fit through some cargo doors without being tipped on its side, risking damage. As a result, her husband opted to stay by her side and miss their daughter’s San Jose wedding, too.

Ms. Odell, president of Citizens with Disabilities Ontario, is one of a number of advocates who say new rules ostensibly designed to make air travel more accessible fail to go far enough – and in some cases mark a step backward.

The regulations, rolled out in June under a revised Canada Transportation Act – with most slated to take effect in June, 2020 – do little to improve spotty airport service or accommodate attendants and service dogs on international flights, she said.

“These are going backwards,” Ms. Yale said, citing carriers’ legal duty to accommodate. “We wanted pro-active regulations that were going to raise the bar. And in some ways, they’ve lowered it.”

The new rules require travellers to notify airlines anywhere from 48 to 96 hours in advance to receive certain accommodations, such as being guided through security or receiving help transferring from a wheelchair to a smaller, cabin-compatible mobility device. There are currently no rules requiring notification that can jeopardize last-minute travel for work or emergencies.

Many passenger plane cargo doors are about 79 centimetres in height – a little more than 2½ feet – slightly smaller than a typical power wheelchair for youth, said Terry Green, chairman of the Council of Canadians with Disabilities’ transportation committee.

“These aircraft are totally restricting adults who use large mobility devices from travelling,” he said, saying many wheelchairs cannot fit into cargo at all.

The Canadian Transportation Agency (CTA) says it will be “monitoring … very closely” a U.S. Federal Aviation Administration study on wheelchair anchor systems with an eye to allowing passengers to remain seated in the cabin in their mobility devices. A report is expected in the next three years.

David Lepofsky, an adjunct law professor at the University of Toronto, is reminded of the challenges facing disabled passengers by the case of a couple abandoned in their wheelchairs for 12 hours after being dropped at a service counter in the Vancouver airport en route to Edmonton from their home in Nepal earlier this year.

“There are times it takes me longer to get out of the airport than it took to fly here,” said Prof. Lepofsky, who is blind and travels frequently for lectures.

Prof. Lepofsky says he’ll often ask a passerby to guide him to the gate rather than go through the stop-and-go relay he’s experienced with airport and airline agents.

The rules require an airport to provide a disabled passenger with curb-to-gate assistance, except “if the transportation provider is providing that service.”

“It’s good that they spell out what has to be provided; it’s bad that there are so many escape clauses,” Prof. Lepofsky said.

He added that the confusion may be more tolerable if airports were required to install way-finding beacons – which connect with an app on a user’s smartphone via Bluetooth to offer verbal directions (Toronto’s Pearson airport recently added the devices) – or kiosks with audio output, an omission he deemed “inexcusable.”

The new rules come alongside a passenger bill of rights that beefs up compensation for travellers subjected to delayed flights and damaged luggage. Consumer rights advocates have said the regulations grant airlines loopholes to avoid payment, while Canadian carriers have launched a legal challenge to quash provisions they argue breach international standards.

Meanwhile, the new accessibility regulations require free travel for an attendant or guide dog in an adjacent seat only on domestic flights, with taxes and fees still applicable. A second phase of the regulatory process, now under way, will consider extending the one-person-one-fare requirement to international flights, according to the CTA.

The agency has acknowledged its uneven regulatory regime, citing the “patchwork of regulations and voluntary standards, some of which are outdated and inadequate in their scope,” that resulted in “inconsistent accessibility-related services and reduced access to transportation services for persons with disabilities.”

The new rules codify that patchwork into a “single, robust, legally binding set of accessible transportation regulations,” the CTA said in an e-mail. 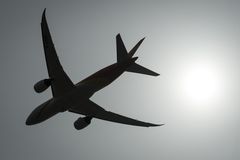 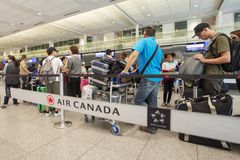 Federal government fires back at airlines, says it has authority to impose passenger-rights law
July 29, 2019 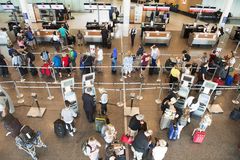