For John Beck’s Aecon Group Inc., it was seven-month odyssey that ended with a thud.

Since last fall, when it announced a deal to be acquired by China Communications Construction Co. Ltd. for about $1.5-billion, Mr. Beck and other Aecon executives pushed to get the takeover approved by the federal government. Some national-security experts pushed back. So did Aecon’s rivals in the construction industry, worried about a future of competing against a state-owned Chinese giant.

This week’s decision by Ottawa – a hard ‘no’ to the deal – left an obvious set of winners and losers. But it did little to clarify what, exactly, Canada’s policy is when it comes to accepting offers of capital from the world’s second-largest economy, which is also our second-largest export market.

The government’s reasons for turning away CCCC – it cited national-security concerns, without getting into the details – may well be warranted. The transaction went through the most stringent of reviews under the Investment Canada Act, involving intelligence and security agencies that recommended against the sale.

Barrie McKenna: Canada is blocking China’s takeover of Aecon for all the wrong reasons

Read more: The doomed Aecon deal: Why it fell through and why it matters

Yet it’s likely the rejection will also have an impact on less-controversial deals coming out of China, just as the Harper government’s move in 2012 to limit investment in the oil sands by foreign state-owned companies had the effect a scaring off capital far beyond the oil patch.

“For Chinese SOEs, I expect there will be a chill factor now. Is it really worth them pursuing when there are a lot of other options they have globally?” said Gordon Houlden, director of the China Institute at the University of Alberta and former Canadian ambassador to China.

“Does Canada really want the capital or not? In my view, if the answer is not, then we should find a way to convey this message to the Chinese at least to avoid these dust-ups.”

Chinese officials were quick to condemn the decision by Prime Minister Justin Trudeau’s Liberal government, accusing it of political manoeuvering under the guise of national security. Mr. Houlden said the “black box dimension” of how Ottawa makes decisions can leave questions about whether they are, in fact, based on politics alongside security.

It also means heightened risks for Canadian investors, who already deal with major uncertainty about environmental and other approvals, such as those for oil and gas pipelines. Companies that put themselves on the auction block will undoubtedly think twice before seeking bids from Chinese state-owned enterprises, even when they are willing to top other offers.

Transactions are expensive and time-consuming, requiring legal and financial assistance, and serve to take management’s attention away from the business. And it isn’t always clear what rule book Ottawa is using when it decides whether or not to allow them.

Some deals that would appear, on the surface at least, to be more problematic have been cleared. One was the sale of Vancouver high-tech firm Norsat International Inc. to China’s Hytera Communications Corp. It received a green light last year following a routine screening in Canada, despite protests by the U.S. Defense Department, for which Norsat had contracts.

Peter Glossop, a lawyer who specializes in foreign investment at Osler, Hoskin & Harcourt LLP, said such uncertainty has re-emerged as a critical issue on which to advise corporate clients.

“I would say that the national security question is definitely a live one you need to pay attention to. This requires you to really assess the relative risks of potential buyers – one against the other,” Mr. Glossop said.

“I won’t say it’s always going to be Chinese, but any buyer that raises a potential security concern – you need to discount the price they’re paying because it may be more attractive to you financially, but on the other hand look at the regulatory risk and look at the time required.”

It was last October when Aecon, following a formal sale process, accepted a premium bid from CCCC. The Chinese firm had made similar deals in other jurisdictions in recent years – it bought Australian construction company John Holland Group Pty Ltd. in 2015, and Texas-based offshore engineering firm Friede & Goldman and 2015. Aecon pointed out that concerns that national-security questions would prevent those firms from bidding on projects had been unwarranted. The offer for Aecon, at $20.37 a share, beat out a reported offer from a domestic rival backed by a private equity group.

The goal, Aecon chairman John Beck said, was to bolster the company’s financial resources so it compete for large international construction contracts, which would allow it to hire more workers. As part of CCCC’s international network, Aecon would maintain its brand and keep its headquarters in Canada. Shareholders liked the deal, as did Canada’s Building Trades Unions.

Aecon is a partner in the $2.7-billion refurbishment of Ontario’s Darlington Nuclear Generating Station and is building the massive Site C hydroelectric dam in British Columbia, though the company said it does not hold intellectual property from the inner workings of the actual facilities. It basically assembles the girders and pours the concrete.

Major competitors PCL Constructors Inc., Ledcor Group and P.W. Graham & Sons Construction met with senior bureaucrats to complain about the deal. In a strange twist, so did a man called Michael Beattie, who had portrayed himself as a big-time construction boss opposing China’s participation before it was revealed that it was an elaborate act by a convicted fraudster and perjurer.

Early this year, a member of a U.S. congressional trade oversight body, U.S.-China Economic and Security Review Commission, said Aecon would likely be barred from bidding on American infrastructure projects if it was owned by an arm of the Chinese government. (Although publicly listed, CCCC is 63 per cent owned by Beijing.)

After months of keeping the companies guessing on whether the takeover would get a full-scale security review, the Liberals decided one was warranted. Such investigations take into account potential impacts on the security of critical infrastructure, the chances of military technology being acquired and the odds of the buyer’s government engaging in surveillance or espionage.

Following his government’s decision this week, Mr. Trudeau said it blocked the deal over fears about infringement on Canadian sovereignty. “We take seriously the work that our intelligence and security agencies do … and they made a very clear recommendation that proceeding with this transaction was not in the national-security interests of Canada,” Mr. Trudeau said.

But at the same time, he said Canada remains focused on boosting economic ties with China, though a future free-trade deal should include rules surrounding sensitive areas of the Canadian economy.

It is expected that in any future deal, China will demand its state-controlled enterprises be allowed to buy controlling stakes in oil sands projects and that Canada proves more clarity on Investment Canada decisions, Mr. Houlden said.

The oil sands issue stems from the previous government, which had also wooed Chinese investment – for a while. In 2012, the Conservative government approved CNOOC Ltd.’s $15.1-billion takeover of Calgary-based Nexen Inc., owner of the Long Lake oil sands project, in following an extensive review. That deal had also drawn criticism, partly owing to China’s record on human rights.

However, Mr. Harper said, after the Nexen takeover, SOEs would no longer be able to bid for control of oil sands projects, given the potential for foreign governments to take them out of Canadian hands. Investment bankers have said the Chinese SOEs took the restrictions as reason to stop acquiring other types of energy projects as well, and once-brisk buying slowed to a trickle.

Mr. Glossop said he doesn’t believe the Aecon deal’s rejection amounts to new government new policy on Chinese investment by the Liberals. He points out that under the current government, more deals have been approved than rejected – 46 in 2017 alone, according to Investment Canada.

Free-trade talks with China were stalled before Aecon rejection
May 25, 2018 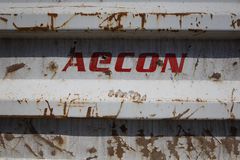 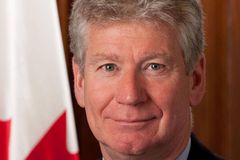 Opinion
Canada is blocking China’s takeover of Aecon for all the wrong reasons Subscriber content
May 25, 2018