The deadline for Aecon Group Inc. to complete its sale to a Chinese state-owned business has been extended to July 13 as Ottawa continues its national security review of the $1.5-billion deal.

The Calgary-based construction company and acquirer CCCC International Holding Ltd. (CCCI) had faced a self-imposed deadline of Friday to close the controversial transaction.

“The parties chose to extend the outside date because of the ongoing review of the proposed transaction under the Investment Canada Act,” Aecon said in a brief statement on Wednesday.

“As Aecon previously disclosed in February, its expectation is that, assuming approval under the Investment Canada Act and the satisfaction of other customary closing conditions for a transaction of this nature, the transaction will close before the end of the second quarter and before the July 13, 2018, outside date of the arrangement agreement.”

The national security review ordered by Ottawa in February was to wrap up within 45 days, or by Thursday or Friday, but the office of Navdeep Bains, minister of Innovation, Science and Economic Development, wouldn’t say Wednesday if it had been extended.

But the extension for a second 45-day period can be inferred by the Aecon news and comes as no shock, said analyst Derek Spronck of RBC Dominion Securities in a note to investors.

“Due to the nature of the transaction, the government previously indicated that it will need to do a comprehensive and thorough review and, as such, the extension of the outside date is not surprising,” he wrote.

Analyst Chris Murray of AltaCorp Capital said in a report Wednesday he continues to believe the government will demand changes as a condition of approval. He said previously the government might order the sale of Aecon’s telecom infrastructure group, which builds core communications networks for several major Canadian carriers.

“Given the precedents set through prior security reviews, we believe it likely that there could be some impact to the transaction, which could include divestitures or other conditions being imposed, which could prompt further delays or changes in the transaction,” he wrote.

The takeover of Aecon by CCCI has been criticized by several people, including Conservative MP Tony Clement, a former industry minister.

Government approval under the Investment Canada Act is the last major hurdle that Aecon must clear to close the deal.

The company has already received approval from the Competition Bureau, Aecon shareholders and the Chinese government. 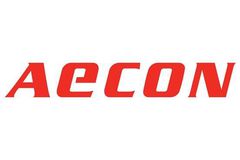