Canada’s aerospace industry is asking the federal government to offer the struggling sector loan guarantees and a break on fees, joining other industry voices frustrated by the lack of new supports for business in Ottawa’s recent fiscal snapshot.

“There are real consequences for Canada’s lack of action,” said Jean Charest, a former Quebec premier and current chair of the Aerospace Industries Association of Canada’s (AIAC) Vision 2025 initiative. “If we fail to keep up with our competitor countries, our industry’s $25-billion annual GDP contribution will be gutted and Canada will no longer be in a position to attract and keep highly trained, skilled workers,” he said Thursday.

On Wednesday, Finance Minister Bill Morneau revealed updated projections for Canada’s economy and said Ottawa is preparing for a “recovery phase” that would include an expansion of the Canada Emergency Wage Subsidy program for employers, although he provided few details.

The federal fiscal snapshot has shown us the problem. So what’s the plan?

The announcement prompted leaders in the aerospace industry and associations such as the Canadian Chamber of Commerce and the Canadian Federation Of Independent Business (CFIB), which represents more than 110,000 small-business owners, to express their disappointment with what they say is a failure to clearly outline a path toward economic recovery.

Mr. Morneau revealed a national deficit of $343.2-billion and said the country’s debt would climb to more than $1-trillion for the first time in its history, the result of declining tax revenue and increased government spending to mitigate the economic fallout of the pandemic.

At a virtual news conference Thursday, Mr. Charest called Canada’s financial situation “staggering” and emphasized the need for Ottawa to step in to help the aerospace sector. It employs more than 215,000 people, he said, and competing countries have already implemented recovery measures specific to their aerospace industries.

Mike Mueller, senior vice-president of the AIAC, which represents manufacturers and airport associations, and John McKenna, the president and chief executive of the Air Transport Association of Canada (ATAC), which represents small airlines and flight schools, co-hosted the panel alongside Mr. Charest and also emphasized the need for government action.

Mr. McKenna said the industry is asking for three main things: injections of liquidity, a break on fees and charges for operators that are still offering services and loan guarantees that won’t burden the industry further.

The industry has yet to ask for a specific amount of liquidity, the panelists said Thursday.

“We’d be happy to get anything,” said Mr. McKenna, who added that since the 1990s the federal government has done little to invest in the aerospace industry, yet has benefited tremendously from the fees it charges the sector, which he said come to more than $1-billion a year.

“We would like to see them come to our help at this point rather than just continue milking our industry for all the money they can get out of it,” he added.

The plea for federal help is not solely a product of the pandemic. An AIAC report released last year called on Ottawa to make a substantial investment in the industry to keep it from losing more ground in the $10-trillion global aerospace sector.

“Our No. 1 ask is for the government to engage with us on a strategy,” Mr. Mueller said. “Once that happens, everything else falls into place. We see our competitor nations around the world engaging with their industry on strategies, on policy options and how to address this, and that’s simply what we’re asking here.”

Other business associations have similarly been calling on Ottawa to release a clear game plan for businesses. Before he made his announcement Wednesday, the CFIB wrote a letter to Mr. Morneau and publicly shared a list of measures that small businesses will need in order to recover from the pandemic.

“The economic update was really disappointing, as so many small businesses are anxiously waiting on details of what the current support programs will look like over the summer,” CFIB president and CEO Dan Kelly told The Globe and Mail.

Mr. Kelly said he understands the government may not have a full road map available just yet but could have done more Wednesday to provide details on the new rules for the wage subsidy for July.

“Fixes to all the major support programs are desperately needed, and it was a missed opportunity to provide direction on where they are headed,” he said. 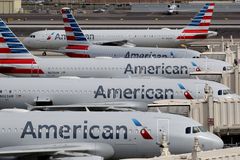 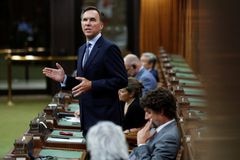