African governments are hoping to raise an estimated US$100-billion to US$150-billion in financial help from a range of international lenders as they struggle to survive the novel coronavirus pandemic, which is now projected to cost 20 million jobs and trigger a wave of economic devastation across the continent.

But while most African countries are now in talks with the International Monetary Fund or the World Bank to seek emergency loans, the continent’s most advanced economy – South Africa – is reluctant to go to those traditional sources. Instead it is looking to a China-based development bank as its preferred source.

Many of Africa’s biggest economies have imposed national lockdowns, or lockdowns on their biggest cities, as they struggle to control the coronavirus that causes COVID-19. Some of the lockdowns are harsher than those in Western countries, enforced by massive police and military operations, shutting down most economic activity in countries that are already vulnerable to shocks.

The African Union, in a study published on Monday, predicted that Africa’s economy will shrink by at least 0.8 per cent this year, a drastic decline from its previous forecast of 3.4-per-cent growth.

“The COVID-19 pandemic has hit almost all African countries and appears poised to worsen dramatically,” the study said. “Nearly 20 million jobs, both in the formal and informal sectors, are threatened with destruction on the continent if the situation continues.”

It also warned that Africa, like other emerging markets, is suffering a massive loss of capital flows. Africa could lose up to 15 per cent of its foreign investment inflow, the study said.

In recent days, at least 13 African countries have been allocated loans from emergency funds at multilateral institutions, including from a US$50-billion rapid credit facility at the International Monetary Fund.

The loans from the IMF and World Bank include US$221-million to Senegal, US$109.4-million to Rwanda, US$82.6-million to Ethiopia and US$50-million to Kenya.

But these amounts are a small fraction of the expected need. The Overseas Development Institute, a London-based global think tank, is calling for a US$100-billion financial stimulus for sub-Saharan Africa. The region is facing “at least a US$100-billion balance of payment shortfall in 2020 compared with what was previously forecast,” it said in a report.

Ethiopian Prime Minister Abiy Ahmed, one of the most influential leaders on the continent, has appealed for US$150-billion in emergency funding for Africa, along with debt relief from bilateral and multilateral creditors.

Capital Economics, a research firm, said the combined effect of the pandemic and falling commodity prices is pushing many African countries closer to default on their debts. The risks are highest in Zambia, Ethiopia, Angola and Ghana, it said.

“Plugging the financing gap is becoming increasingly difficult,” the firm said in a research note. “Market-determined borrowing costs are prohibitively high. In much of Africa, sovereign dollar bonds are trading close to or in distressed territory.”

The government of Nigeria, the most populous country in Africa with about 200 million people, said on Monday that the country needs US$6.9-billion from the World Bank, the IMF and the African Development Bank.

The pandemic poses “significant threats to the Nigerian economy, the Nigerian health-care system and even to national security,” Finance Minister Zainab Ahmed told a news conference. “Extraordinary measures are required.”

But in some African countries, the IMF and World Bank are seen as foreign threats to national independence, and some politicians hesitate to accept their loans.

South Africa’s ruling party, the African National Congress, along with its trade union and Communist Party allies, issued a statement on Monday rejecting any suggestion of IMF or World Bank loans. They warned the government against any moves “that will subordinate our sovereignty to the dictates of the IMF and the like.”

Instead, the South African government is looking first to a different source: the New Development Bank, the Shanghai-based institution that was created in 2015 by the five countries of the BRICS bloc – Brazil, Russia, India, China and South Africa.

South Africa is reportedly planning to take a US$1-billion loan from the New Development Bank, while it mulls over an offer of US$50-million from the World Bank.

South Africa, the most developed economy in Africa, is in dire need of assistance. Its currency has been plunging to historic lows almost every day for the past week. Its central bank warned on Monday that the South African economy could decline by as much as 4 per cent this year.

Canada is another possible source of funds for some African countries. Prime Minister Justin Trudeau spoke by telephone with South African President Cyril Ramaphosa last week to discuss possible aid for Africa. His government announced on Sunday that it is increasing its support for developing countries to a new level of $159.5-million for efforts to fight the pandemic. 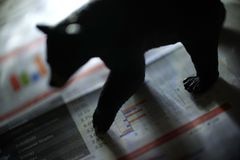 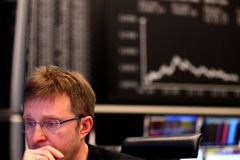 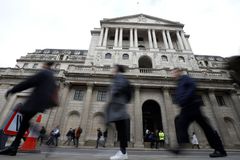 Coronavirus information
The Zero Canada Project provides resources to help you manage your health, your finances and your family life as Canada reopens.
Visit the hub
Follow Geoffrey York on Twitter @geoffreyyork
Report an error Editorial code of conduct
Due to technical reasons, we have temporarily removed commenting from our articles. We hope to have this fixed soon. Thank you for your patience. If you are looking to give feedback on our new site, please send it along to feedback@globeandmail.com. If you want to write a letter to the editor, please forward to letters@globeandmail.com.
Comments