Facing a double blow of collapsing oil prices and drastic travel shutdowns, Africa is now forecast to lose nearly half of its expected economic growth this year – and even that projection is already being overtaken by the swiftly worsening coronavirus crisis.

The latest forecast, released by the United Nations Economic Commission for Africa late last week, predicted that the continent’s growth rate would drop to 1.8 per cent this year, down from the previous forecast of 3.2 per cent.

African countries could lose nearly 40 per cent of their annual US$165-billion in oil exports, while also suffering an unplanned increase of more than US$10-billion in their health costs, the UN commission said on Friday.

But since then, the number of confirmed coronavirus cases in Africa has tripled to nearly 500, and many African countries have closed their borders, halted flights, shut schools and banned large gatherings. Global supply chains have become more disrupted, tourism is largely shut down, and Africa’s trading partners in the West and Asia have been more severely hit with shutdowns.

If the coronavirus spreads more widely within Africa, as it now appears to be doing, the economic disruption will escalate, he said. And most governments on the continent “just don’t have the capacity to respond to a crisis like this,” he told The Globe and Mail.

The situation is evolving so rapidly that it is difficult for any economic forecasts to be made, Mr. Ashbourne added.

The UN commission, in its report, warned that Africa will be damaged by a drop in remittances and investment, growing capital flight, increasing job losses and a tightening of domestic financial markets. It also warned of potential shortages of food and pharmaceuticals.

South Africa, the most industrialized economy on the continent, was already in a recession this year because of increasing electricity shortages, but in recent days it has suffered a series of market crashes and dramatically worsening forecasts.

“We now expect real GDP to contract by 0.8 per cent in 2020, representing the weakest economic performance since the global financial crisis just over a decade ago,” said a note on South Africa this week by NKC African Economics.

Other economists are predicting a drop of 1 per cent to 3 per cent in South Africa’s GDP this year.

The Johannesburg Stock Exchange lost 8.3 per cent of its value on Monday, one of its worst crashes since the apartheid era, although it recovered slightly on Tuesday.

One of South Africa’s biggest companies, energy and chemical giant Sasol Ltd., has lost about 80 per cent of its share value over the past two weeks.

But the worst devastation could be suffered by Africa’s oil-dependent economies, including Nigeria, Angola, Gabon, Chad, Equatorial Guinea and the Republic of Congo.

Several of these countries are in the Central African region, which is forecast to suffer a 4.7 percentage-point drop in its projected GDP this year, one of the worst drops in Africa, according to the UN economic commission for Africa.

Africa’s biggest oil producer, Nigeria, is facing pressure to devalue its currency, the naira, because its falling oil-export revenue is depleting the central bank’s foreign-exchange reserves.

“We think that incomes will fall sharply in Nigeria, Angola and smaller oil producers like the Republic of Congo,” Capital Economics said in a research note.

“Angola may suffer a bigger fall in GDP than anywhere outside the worst-affected Asian countries.” 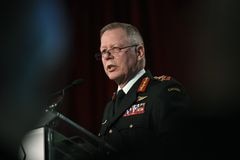 Strict new controls to slow spread of coronavirus cause chaos at borders
March 17, 2020 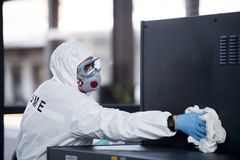 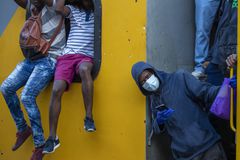