Cenovus Energy Inc.'s plans to acquire rival Husky Energy Inc. have thrown into question an expansion project key to the future of Husky’s White Rose field, off the coast of Newfoundland and Labrador, and could lead to the abandonment of the field altogether.

Husky had pinned its hopes for the field’s declining reservoirs on a $2.2-billion expansion but put the project on hold in March when the pandemic obliterated oil prices and demand. Last month Husky cancelled 2021 construction of the West White Rose expansion altogether after reviewing the financial viability of the project.

On Monday Husky spokesperson Kim Guttormson told The Globe and Mail in an e-mail that all options for the expansion and the White Rose field as a whole are on the table, adding that “accelerating abandonment remains a possibility.”

Husky and Cenovus will function as separate entities until the acquisition is complete. Cenovus will then decide which Husky assets it will keep and which it will discard.

In a conference call about the deal Sunday, Cenovus chief executive Alex Pourbaix confirmed the business plan has the West White Rose project largely suspended until 2021. But in a worst-case scenario, he said, the project won’t proceed at all and the field will be decommissioned over time.

“I dearly hope there are some opportunities that would be compelling, but that’s kind of what we have accounted for in our business model to this point,” Mr. Pourbaix said.

In September, Husky asked the federal government to step in and help rescue the drilling expansion. The company told The Globe at the time that it had elected to protect its balance sheet and preserve liquidity, which made it “impossible” to fund the project on its own.

Husky tied the survival of the project to the overall future of its operations in Atlantic Canada, but the federal government has shown little interest in investing in West White Rose.

While Natural Resources Minister Seamus O’Regan said in September that Ottawa was still “very much at the table” with Husky to find a way to make the project work, he told media in St. John’s two weeks ago that he didn’t think taking a large equity position in the expansion was in the cards.

"I don’t think there’s much appetite in this province for taxpayers' dollars going to big projects any more. In fact, I think there’s very little appetite for it,” he said.

Husky CEO Robert Peabody said Sunday that West White Rose still has “reasonable economics” but its financial viability is affected by the general condition of the energy industry.

Ms. Guttormson said Husky remains in talks with the provincial government to figure out if the $320-million Ottawa gave to the province last month for the offshore sector could support West White Rose and allow work to proceed when commodity prices recover. 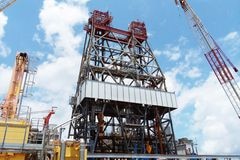 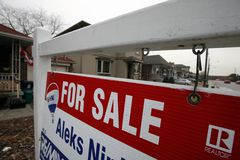 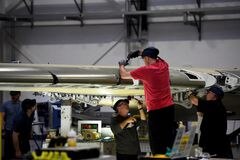