Whoever assumes the top executive spot at Agnico Eagle Mines Ltd. will have a tough act to follow.

Sean Boyd, 61, is by far the longest-serving senior gold executive in Canada – and arguably the most successful.

An accountant by training, Mr. Boyd was originally the company’s outside auditor, then its chief financial officer and, after the death of company founder Paul Penna, he became its chief executive in 1998.

In the two decades since, the Toronto-based miner has grown from being a small producer with a single mine in Quebec, into the world’s third-most-valuable gold company, with nine mines in three countries. Its share price has gone from $6 to $80.

In 2019, Agnico brought two new mines into production in Nunavut, investing heavily in new infrastructure, including building some 200 kilometres of roads.

The challenges of operating in the Arctic are enormous, and Mr. Boyd has called on the federal government to invest in Canada’s North. Apart from huge industrial infrastructure needs, local Indigenous populations – some of whom are now employees of Agnico – need help with basics such as access to housing and food.

He spoke to The Globe and Mail in December.

What are the biggest challenges of working in a place like the Arctic?

Earlier this year, it was -79 wind chill in Baker Lake. All the towns are powered by diesel generators. It’s not just industry.

You can actually develop resources in a sensitive area like the Canadian Arctic, and do it in a way where you minimize the impact on the environment. You’ve got to use renewable energy. You have to develop wind farms, which we’re working on a proposal. One of the things that we’re getting behind is extending the power line from Churchill, Manitoba, up into Nunavut. That power line would be for communities along the western side of Hudson Bay and ultimately be for industry. There is suboptimal internet service, so you need fibre-optics.

For the most part, you are managing to make it work in the Arctic. What have you learned?

You have to be credible. You have to be responsible. You have to build trust. You have to be transparent. When there’s a problem, you have to deal with it. But that’s been our 60-year history. That’s part of our culture. That’s part of the stuff that we learned from Paul Penna when I started here. After I started, he’d get me to do things. He’d go, “Sean, the guy in the doughnut shop called me. Here’s the keys to my car." (He used to drive 10-year-old Chevys.) “There’s a coat in the trunk. There’s a gentleman on the corner of Victoria and Richmond. He’s been walking around without a coat. His name’s John. Here’s 20 bucks, give him the coat and 20 bucks.” Paul knew all these people.

What do you think of this current round of M&A with Barrick buying Randgold, Newmont buying Goldcorp and Kirkland going after Detour?

I think this was overdue. There are far too many companies relative to the number of high-quality opportunities. So all the low-hanging fruit from a cost-reduction perspective was realized over the last few years. Now it’s about simplifying businesses, eliminating overhead within the industry and focusing more on the quality of the underlying business. Some people suggest that scope and scale are becoming more important, or liquidity is more important. To some degree, it is. For smaller companies, I can see it makes sense.

How do you get people to invest in a gold company these days?

What you have to do is to be able to present a business to a wider group, and the bigger pools of money to say, “Look, this is just a good underlying business that happens to be a gold-mining business.” Because you can’t rely [on the specialist mining funds]. In the old days, in the nineties, as long as your telephone worked, you could get funding. There was always a broker on the other end of that line that was going to give you a bought deal. That doesn’t exist any more.

It seems that one of the most frustrating things about being a gold miner is even if you do everything right, ultimately you are at the mercy of the gold price.

That’s the nature of the business. The key is you have to have a business that’s resilient, and a business that’s well positioned, whether gold’s up or down. The ability when things go wrong – because things do go wrong – to have the resiliency to recover and recover quickly. Mining’s a risk business. You have to understand the risk. You have to run these mines as a portfolio, and you have to just deliver on expectations and targets. It’s all about per-share value. So you keep a lid on your share count, which we have done since 1957 – we still only have 240 million shares [outstanding]. And there’s a lot of players in this business that although some of them are bigger, they have a massive number of shares outstanding.

At some point, I’ll become chairman. That’s the succession plan. There’s no time frame for that.

There’s really only one name that I hear as your potential successor – Ammar Al-Joundi (Agnico’s president since 2015). Is he the guy?

Well, he’s got the best shot at it. Ultimately, the board’s going to decide what’s best for the company.

Some investors are worried about the risks of you stepping down as CEO, considering how well the company has been managed.

The way I look at that is, they would have said the same thing about Agnico Eagle when Paul Penna passed away, who was really the face of Agnico. Look what happened. So you don’t know. 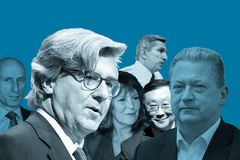 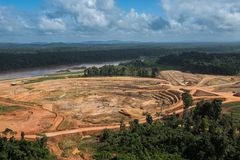 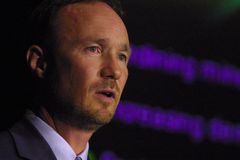