The word “chaos” comes up often in an interview with Solon Angel, founder and chief strategy officer of Mindbridge Analytics Inc.

He grew up in the Caribbean and France, where he dealt with discrimination, family instability and violence. Today the Ottawa-based entrepreneur says he’s “comfortable” with the other kind of chaos, that which comes naturally in a tech startup.

After the 2008 global financial crisis, Mr. Angel aimed to come up with something that might keep it from happening again. In 2015, he launched Mindbridge with the goal of transforming the financial auditing business with machine learning, or artificial intelligence. The company’s software is designed to flag irregularities that auditors can then examine more closely.

Mr. Angel was interviewed for I’ll Go First, a new podcast series about entrepreneurs produced by The Globe and Mail.

You’re an accomplished entrepreneur. You’ve also travelled quite a bit. You grew up in the Caribbean and in France; you’re also Brazilian. What was the hardest thing about balancing all of those places while growing up?

Did that help you become a better entrepreneur?

I did not realize it was actually such a defining trait of my personality until one of my best friends and mentors and partner in the business pointed it out. Until I started harnessing it, it was actually more of a loose-cannon situation. The best way I can describe it is if anyone has seen Dragon Ball Z as a kid. That’s Japanese animation manga from the ’80s where humans discover inner powers and they get super angry, their hair changes colour and they become even more powerful. When they transform it’s pretty dramatic.

Does that intensity come from something in your past?

I can pinpoint when I started behaving in a certain way. I could identify the type of guy that will shoot for a grain of rice, or they will kill for food. Because I’ve seen them do it. When there was a hurricane in the West Indies we were isolated for six months and the army was overrun, and you saw people doing that. You can see that behind the face of civilization and police forces and all that. I can recognize the guy at the table in the meeting room who is all suited up and nice and polite, but when things go south, I know which one will try to kill me for a grain of rice.

How did those experiences affect your career choices?

My upbringing was very chaotic. I was borderline abducted from my father out of a very dramatic divorce. I used to take apart and rebuild tape players and any toys that had electronics. It was a coping mechanism for control. I had to organize everything by colour and by size. Until recently I used to have all my shirts arranged by colours. Having things in order, in my control as much as I could, really shaped me.

I actually operate at best in crisis. I really don’t get fazed by it and I find order in chaos really fast. That’s something that I didn’t realize other people didn’t do.

In the first startup I did in Silicon Valley in 2005, picture it, you’re 23 years old and you know nothing, but somehow every time there’s a crisis you’re going to step up to the plate and the senior guy always relies on you. So that was an innate characteristic that I still carry with me now.

You like to create order out of chaos. How do you go about doing that?

Well, first you have to create chaos.

I will, after a while – because I am comfortable with chaos – trigger a crisis to see if everything holds. A startup is very chaotic – the company reinvents itself every three to six months, so that’s where I operate the best. The hardest part for me was when we implemented processes in the management team. It was hard for me to put the seat belt on and stay seated and let them do it.

The work that you do now is designed to prevent fraud. Is there anything in your past that helped shape that interest?

Several times in my life I was exposed to that. Even before I existed, my family was decimated by a crooked CEO with an accountant accomplice who literally made the whole family business bankrupt. My grandpa came to France, and he did not speak French but he knew how to count, and he built a business of hundreds of people. They went bankrupt because of poor-integrity people. I didn’t know about this until I told my dad and aunt about my idea to start Mindbridge, and they said it would be good, because it would have prevented what happened to us.

A woman. It’s all so cliché. My father is a French guy who goes for vacation in Brazil, stays 10 years and has a baby. And now the son goes to Silicon Valley and he meets a Canadian girl in school in Paris and then one day decides to follow her to Canada. She didn’t like San Francisco, and I was heartbroken. I surfed almost every morning, and I loved the progressive mindset. But I followed my heart.

You’ve been in Canada for 10 years. How has Canada’s tech scene changed over that time?

I’m super proud of being part of it. But remember it’s still a small ecosystem. Let’s not forget it’s a 30-million-person country, but it’s punching way above its weight. And I think it’s just the beginning.

Ottawa in particular – when we talk to VCs [venture capitalists], we ask them, ‘How did you find us, why are you interested in Mindbridge?' They say, because there was Shopify [also in Ottawa], and when we look historically at every ecosystem, when there is one unicorn or decacorn coming out, usually within five years we see two or three others. So we want to see which one it is going to be.

How many languages do you speak.

What is your favourite sci-fi movie and/or film or TV show?

There’s a funny story about that. I learned English watching Star Trek from the early ’90s.

You mentioned that you don’t really have a day off. How do you balance fatherhood with entrepreneurship?

I do have one day off a week where I don’t touch a cellphone, I don’t drive. And that’s very important. All we do is eat, nap and go for a walk.

Even when I’m away I do FaceTime, I send little messages. Before I leave I ask my eldest daughter, ‘Hey, you told me that you don’t have that, how about I bring you that from New York?’ And she’s like, ‘What’s the difference if that’s from New York?’ So I explain to her why this is different. So I always bring some part of my life outside of the home and make sure to show them that I remember them always.

It took about 15 minutes for one new Mindbridge client to spot suspicious activity in its accounts – a finding that uncovered the theft of more than $20-million by the company’s controller.

The company’s auditing platform, called Ai Auditor, uses artificial intelligence (AI) to analyze financial data for accounting errors and fraud. Unlike other auditing tools, which typically “sample” or focus on a narrow set of accounts and entries at any given time, Ai Auditor looks at all transactions and monetary flows in and between all accounts.

And it does this quickly, says Mr. Angel – audits that would normally take months to finish can be wrapped up in several hours. The software is used by more than 180 customers, including the Bank of England, in six countries. Of the top 100 accounting firms in the United States, about 35 use the platform, says Mr. Angel.

He declined to disclose Mindbridge’s revenue but said the company made more in its first quarter this year than it did over the entire year in 2017.

What is it like to be first in your industry? The one to disrupt the status quo? I’ll Go First, a new podcast from The Globe and Mail, takes listeners into the minds of Canadian entrepreneurs in such leading-edge fields as artificial intelligence, cannabis and cryptocurrencies.

What makes these leaders tick, not just professionally but in their private lives?

Episodes are published on Thursdays. Look for them wherever you find your favourite podcasts (including iTunes, Google Play Music) or on The Globe and Mail website at tgam.ca/illgofirst. 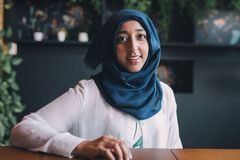 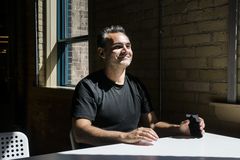 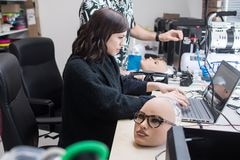