Mexico’s leading airline is threatening to sever ties with Canada’s Aimia Inc., opening a second front for the Canadian loyalty-plan provider to fight after a board battle erupted over the past week.

As part of its second-quarter earnings, Grupo Aeromexico has disclosed it is “re-evaluating all aspects of its customer loyalty strategy.” The company said it wants to minimize its reliance on the loyalty-program provider PLM Premier and is considering a “seamless transition away” from its plan.

PLM runs Club Premier, Mexico’s leading frequent-flier program, which has partnered with national airline Aeromexico. The airline controls the majority stake in PLM, while Aimia owns the remaining 49 per cent.

The stakes are high for Aimia because PLM is the company’s biggest business after it sold Aeroplan to Air Canada in 2018.

Grupo Aeromexico’s announcement comes exactly one year after the company first bid for the 49-per-cent stake from Aimia. At the time, the offer was seen as opportunistic because it was revealed the day after Air Canada launched a hostile offer for Aeroplan.

Aimia turned down Grupo Aeromexico’s offer in a matter of hours, arguing that it undervalued the asset. However, Aimia eventually sold Aeroplan for $516-million, leaving the PLM stake as its top asset.

Grupo Aeromexico’s latest move comes on the heels of an escalating battle between Aimia’s largest shareholder, Mittleman Brothers LLC, and most of Aimia’s board directors.

On Monday, Aimia said it added two new directors with a financial background, Dieter Jentsch and Fred Mifflin, which increased the size of the board to eight. The move was a surprise because the company held its annual meeting less than three weeks before the appointments, on June 28, and those meetings are the formal venue for electing directors. It is rare to make appointments so soon after one.

Mittleman fired back on Tuesday, denouncing the secrecy around the appointments and accusing Aimia of backtracking on its recent promise to shrink the board’s size. Mittleman owns 23 per cent of Aimia and has a seat on the board, but the fund said it was only given notice of the new appointments “mere hours” before they were made official.

At this point, it is unclear how much leverage Grupo Aeromexico has to pull out of Club Premier. In its announcement, the company cited “irregularities and potential breaches of the relevant contractual arrangements governing PLM Premier.”

However, Aeromexico’s contract with Club Premier runs until 2030 and the company would have to prove it has legitimate legal reasons to sever the relationship without paying break fees or fulfilling other contractual obligations.

“We’re conducting an internal investigation for that matter,” Grupo Aeromexico chief executive Andres Conesa Labastida said on a conference call to discuss the company’s quarterly earnings on Wednesday. “But we cannot elaborate further on the issue, other than to say that we are taking or we continue to take actions required to protect our interest and that of our customers.”

In a statement on Wednesday, Aimia said it “has no knowledge of any irregularities or potential breaches with respect to Aimia’s obligations governing PLM.”

Aimia also noted that management believes a number of Aeromexico’s statements are “inconsistent” with the shareholders’ agreement that governs Aimia and Aeromexico’s joint ownership of PLM.

It is also unclear if Grupo Aeromexico and Aimia are on good terms – which will affect the tone of any discussions. Aimia’s CEO, Jeremy Rabe, previously ran PLM and he has also worked for Aeromexico.

Grupo Aeromexico and Aimia declined to comment for this story.

Should Grupo Aeromexico sever its relationship with Club Premier, Aimia’s future would be at further risk. Its next-largest business after Club Premier, Insights and Loyalty Solutions, lost $94.9-million last year.

Any change in the relationship would also complicate matters for Mittleman Brothers, which is urging Aimia to acquire assets outside of the loyalty-rewards market. Without steady cash flow from Club Premier, Aimia could find it more difficult to fund any acquisitions.

Aimia has yet to replace the earnings that Aeroplan provided. The loyalty plan used to contribute 80 per cent of its operating income, and Aimia has announced plans to become an acquirer of loyalty programs around the world, but has made little progress so far.

Aimia has also yet to resolve a lawsuit against its former chief operating officer, Nathaniel Felsher, who played a pivotal role during the Air Canada negotiations but was terminated in November. Aimia alleged in March that Mr. Felsher sent confidential company information to his personal Gmail account and to his father.

In his statement of defence Mr. Felsher alleged that before he was terminated he reported multiple concerns about Aimia’s operations to Mr. Rabe and that Aimia’s largest shareholder told the board that Mr. Felsher should remain with the company and Mr. Rabe should be replaced.

“It is clear that at this point Mr. Rabe determined that it order to remain in his position Mr. Felsher needed to be removed,” Mr. Felsher alleged. 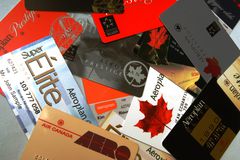