All those checked bags, seating upgrades and onboard snacks you pay for on Air Canada flights are starting to add up for the company.

While the country’s biggest airline lags behind other global carriers in revenue from passenger fees, it is poised to catch up after its recent purchase of the Aeroplan rewards program, a new report says.

Air Canada took in US$1.45-billion in what is called ancillary revenue last year, or about US$28.54 for each passenger, according to the report on Tuesday from airline consulting firm IdeaWorksCompany.

The per-passenger figure didn’t crack the top 10, with U.S. competitors United Airlines Inc. and American Airlines Inc. as well as Australia’s Qantas Airways Ltd. reaping between US$35 and US$42 a traveller in ancillary income to top the list of 76 carriers.

With frequent-flyer programs in particular, Qantas and three U.S. airlines – United, American and Southwest Airlines Co. – raked in between US$25 and US$38 a passenger, whereas Air Canada placed eighth at US$11.22 a passenger.

“On frequent flyer revenue, they have scored below their peers, but they are remedying that by buying the program back,” report author Jay Sorensen said in a phone interview.

“Air Canada, operating in an economy similar to the U.S., should be enjoying the $20-plus per passenger revenues of its U.S. airline brethren. But Aeroplan operated during 2018 as an independently owned entity,” reads the CarTrawler Yearbook of Ancillary Revenue report.

“The airline doesn’t directly benefit from Aeroplan’s co-branded credit cards beyond this ticket revenue. That’s one of the reasons why the airline chose to buy back the program from Aimia during 2019.”

Popularized by budget airlines more than a decade ago, ancillary revenue plays an increasingly critical role in the industry, helping to diversify income and insulate airlines from fluctuations in fuel price and competition.

Air Canada has focused on ramping up ancillary revenue over the past few years, including an emphasis on branded fares, which bundle various perks such as extra leg room and on-demand dining.

“I think they do a better job than the big three carriers [American, United and Delta Air Lines Inc.] in the U.S. They actually have branded fares, and this is something that the U.S. carriers don’t all have,” Mr. Sorensen said.

Less than 40 per cent of that ancillary income derived from the company’s frequent-flyer program, while more than 60 per cent came from commissions and à la carte services. Meanwhile, the top three ancillary earners – the big three U.S. airlines – relied on loyalty programs for roughly three-quarters of ancillary revenue – evidence of Aeroplan’s potential for Air Canada, Mr. Sorensen said.

Still, commissions and à la carte services can rake in the cash, with Ryanair placing fifth in ancillary revenues – US$2.8-billion – that rely entirely on those two revenue streams in the absence of a loyalty program.

“Let’s say TGI Fridays promotes a $12.99 entrée – you don’t walk into the store expecting that $12.99 is where it stops. … I’m obviously going to buy more things, such as an appetizer, beer and maybe dessert,” Mr. Sorensen said.

“The airline business is the same. An airline that offers a low fare is going to attract more consumer interest, and then when the consumer is engaged in the booking process, the airline is going to try to sell them more.” 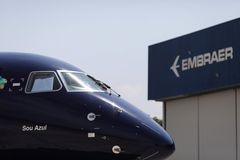 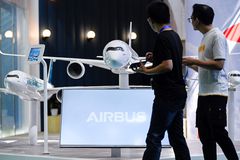 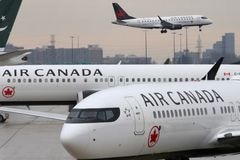