Coronavirus information
The Zero Canada Project provides resources to help you make the most of staying home.
Visit the hub
Eric AtkinsTransportation Reporter
Published May 4, 2020 Updated May 4, 2020
For Subscribers
Comments
Please log in to listen to this story. Also available in French and Mandarin. Log In Create Free Account

Air Canada lost $1-billion in the first quarter and is burning through $22-million of cash a day amid a halt to most air travel during the COVID-19 pandemic.

Montreal-based Air Canada has grounded more than 200 planes, idled thousands of employees and reduced its schedule by 90 per cent, putting Canada’s largest airline in “hibernation,” as it awaits a rebound in demand for travel and an easing of border restrictions, said Calin Rovinescu, Air Canada’s chief executive officer.

Air Canada on Monday outlined measures it is taking to preserve its operations, including cost cuts and reduced capital spending, but said full recovery from “the darkest period ever in the history of commercial aviation” could be three years away.

“No adjectives can describe the pandemic’s effect on our industry,” Mr. Rovinescu told analysts on a conference call on Monday morning after the airline released its first-quarter financial results.

Mr. Rovinescu said domestic travel will be the first activity that returns, followed by travel to the United States. Business travel will lag, in part because companies and their employees have grown comfortable working remotely and meeting on Zoom and other video websites.

International travel will be the last segment to recover, he said, because it depends on other countries’ border restrictions and their handling of the deadly virus. “Visiting friends and families is going to be a big driver of that recovery,” Mr. Rovinescu said.

Business fares and international routes are profitable segments that have underpinned much of Air Canada’s growth over the past decade.

On Monday, the airline unveiled steps it is taking to encourage people to fly and reduce their risk of exposure to COVID-19. Infrared scanners will measure passengers’ body temperatures, customers will be given sanitizing wipes and plane interiors will undergo more rigorous cleaning. Air Canada has already made it mandatory to wear a mask while flying.

“The most important factor to travel demand returning, once restrictions are eased, will be instilling confidence in our customers that air travel is safe," said Lucie Guillemette, Air Canada’s chief commercial officer.

Air Canada reported that revenue fell by $712-million to $3.7-billion in the first three months of 2020, compared with the same period a year earlier. The airline’s $1-billion loss, worth $4 a share, compares with a profit of $345-million ($1.26 a share) in the same period a year ago. Passenger revenue miles fell by 17 per cent.

Air Canada said its second-quarter capacity will be 85 per cent to 90 per cent lower than in the same period a year ago, and 75 per cent lower in the third quarter. The airline is spending the $22-million a day to cover rent, debt, interest and other expenses.

At the end of March, the airline had $6.5-billion in cash and it has added $1.6-billion through financings. “We are confident Air Canada is engineered to withstand this crisis,” Mr. Rovinescu said.

Scotiabank analyst Konark Gupta said Air Canada is using more cash than he expected. Mr. Gupta said he would be surprised if the Canadian government does not provide financial aid to Air Canada, after foreign governments said they would bail out their carriers.

During his daily news conference, Prime Minister Justin Trudeau said the government recognizes that some sectors, including airlines, will need more federal support and he suggested new measures could be announced as early as this week.

Mr. Trudeau said his government’s immediate focus in responding to the economic consequences of the pandemic was to create income-support programs like the Canada Emergency Wage Subsidy, which is being used by companies including Air Canada to keep employees on the payroll while the economy is essentially on hold. Air Canada said most of its 33,000 employees will continue to receive federal wage subsidies until June 6.

On top of the savings achieved through capacity and workforce reductions, Air Canada said it will save $1-billion through other cost cuts and program deferrals.

Among other measures, Air Canada is getting rid of 79 planes because the models – the Boeing 767, Airbus A319 and Embraer 190 – are less fuel-efficient than newer ones. The move will reduce costs and simplify fleet maintenance. In total, Air Canada and its subsidiaries operate 406 planes.

Mr. Rovinescu said the fleet reductions had nothing to do with the agreement to buy Montreal rival Transat AT Inc., a $720-million deal that still requires approval by the federal government and European regulators. He declined to say if Air Canada planned to renegotiate or end the deal in light of the collapse of travel demand and airline values.

Air Canada has operated more than 500 international cargo flights since March 22, after removing seats in some planes to carry freight. The airline plans to fly as many as 150 cargo flights a week in the second quarter.

Michael Rousseau, Air Canada’s chief financial officer, said cargo flights generate cash, but the airline does not want to be in the freight business for long. 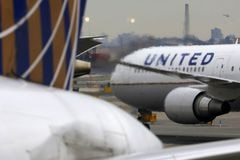 ‘World has changed,' Buffett says, as Berkshire sells all holdings in largest U.S. airlines
May 4, 2020 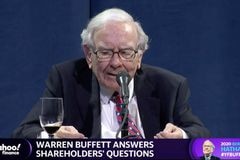 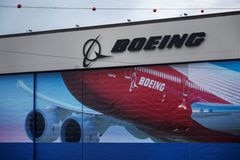