Air Canada is seeing a resurgence in ticket sales as vaccination rates rise and travel restrictions are eased.

Canada’s flag carrier said Friday that the increase in travel demand has helped slash its cash burn to $8-million a day, better than earlier projections of $13-million to $15-million.

Still, Montreal-based Air Canada underlined the continuing toll of the pandemic by posting a $1.16-billion loss – $3.31 a share – for the three months ended June 30. That compared with a loss of $1.75-billion, or $6.44 a share, for the same quarter a year ago.

Revenue in the second quarter rose 59 per cent from a year ago to $837-million, and the airline posted liquidity of $9.8-billion.

“While overall bookings remain below prepandemic conditions, customers are returning,” Michael Rousseau, Air Canada’s chief executive officer, said on a conference call with analysts Friday morning. “We can now optimistically say that we are turning a corner.

“The elimination of the quarantine period for fully vaccinated returning Canadians and the removal of other travel restrictions announced in June led to a significant increase in bookings. We expect this trend to further increase following the July 19 announcement communicating positive changes to come for Canadian travel restrictions,” Mr. Rousseau said.

In April Air Canada received a taxpayer bailout worth as much as $5.9-billion.

Part of that government financing is to provide refunds to passengers who could not fly during the pandemic – either because their flight was cancelled or because they were following public-health advice to stay home. Air Canada refunded almost $1-billion in airfares in the second quarter and expects to give back another $200-million in the third.

The airline said Friday that it will boost seat capacity 85 per cent in the third quarter from a year earlier but will continue to burn through cash at a rate of about $3-million to $5-million a day, with lease and debt service costs accounting for $4-million of that money.

Walter Spracklin, a Royal Bank of Canada stock analyst, said Air Canada’s quarterly results missed his expectations but its daily cash expenditures are smaller than projected. The outlook for the third quarter points to a healthy recovery in demand, Mr. Spracklin said in a note to clients. The “key take-away from the results was [Air Canada’s] ability to manage cash outflows, and we will be looking for further indications for when sustainable cash flow breakeven might be achieved,” he said.

The Canadian government plans to reopen the border on Aug. 9 to fully vaccinated U.S. citizens and permanent residents, a measure that will be expanded on Sept. 7 to include all eligible travellers.

Air Canada said it will adjust its seat capacity according to demand, global restrictions and public-health guidelines. The planned boost to seat capacity in the third quarter will still put it 65 per cent lower than that of the same period in 2019, several months before the onset of the pandemic, which has killed more than four million people around the world and spurred governments to close borders and halt travel.

Lucie Guillemette, Air Canada’s chief commercial officer, said the recovery in demand is led by domestic travellers flying to go on holidays or to see families and friends. An increase in business travel demand is expected to follow, she said, pointing to encouraging signs in the U.S.

As Air Canada ramps up its operations, recalling employees and putting more of its fleet in the air, it faces renewed competition from international and domestic rivals, including WestJet, Flair and Porter airlines. Calgary-based WestJet refused to take a taxpayer bailout and consequently is unencumbered by new debt or additional federal oversight. Toronto-based regional carrier Porter, meanwhile, has announced a major fleet upgrade with the purchase of as many as 80 Embraer E195-E2 jets and a move to Toronto Pearson International Airport in late 2022.

“We certainly welcome healthy competition, but suffice to say we will be ready to deal with that situation as [Porter] starts ramping up,” Mr. Rousseau said, adding there is nothing in the finance agreement with the government that hampers Air Canada’s ability to compete.

The airline has resumed service to 50 Canadian cities and will fly 55 U.S. routes to 34 destinations this summer, logging as many as 220 daily cross-border flights.

Amid the collapse in passenger demand, Air Canada, WestJet and other carriers turned their focus to cargo flights. Air Canada has flown some 10,000 all-cargo flights and will make it a permanent part of its operations, Mr. Rousseau said, because it is fast-growing and offers good margins and a chance to diversify its revenue sources.

“There’s no doubt it’s a big part of our future,” he said. “We’re good at it and we’re going to get better.” 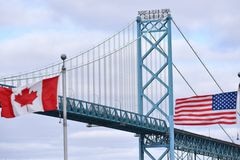