Coronavirus information
The Zero Canada Project provides resources to help you make the most of staying home.
Visit the hub
Eric AtkinsTransportation Reporter
Published March 23, 2020 Updated March 23, 2020
For Subscribers
Comments
Please log in to listen to this story. Also available in French and Mandarin. Log In Create Free Account

Tour and airline operator Transat AT says it has temporarily laid off 3,600 employees – about 70 per cent of its work force – as it prepares to halt all flights by April 1.

The Montreal-based carrier and airlines around the world are suspending flights, parking jets and issuing layoff notices as governments close borders and tell people to stay home amid the COVID-19 pandemic.

“These measures have forced us to totally suspend our operations,” said Jean-Marc Eustache, Transat’s chief executive officer. “We have done this in such a way that none of our customers are stuck far from home and we are in the process of bringing them back. We expect to have finished doing this by April 1, and we will then totally halt our flights.

"At the same time, in order to safeguard the company, we have unfortunately had to proceed with layoffs that affect a significant portion of our employees. We are doing this with great sadness and we hope that everyone will be able to return to work as quickly as possible.”

Air Canada, WestJet, Sunwing and other Canadian carriers have suspended all or most international flights and are operating special flights to bring Canadians home. Transat continues to operate some planes at Caribbean and European holiday spots and said that, as of March 22, 40,000 of its 65,000 customers abroad had been brought home to Canada.

Transat said Monday that some of the layoffs take effect immediately while others require one month’s notice. Executives who have not been laid off are taking a pay cut, as is everyone on the company’s board of directors.

Christophe Hennebelle, a spokesman for Transat, said the airline is in talks with the federal and Quebec governments about financial aid. The company is also in negotiations with aircraft-finance lenders for short-term relief.

“We are looking for whatever financial assistance the government may be able to help us with," Mr. Hennebelle said, declining to put a dollar figure on the airline’s request.

Air Canada said Canadian airlines should receive assistance similar to what is being considered in Europe and the United States. The U.S. industry has asked for US$50-billion. The International Air Transport Association, which represents the world’s airlines, has said an aid package could reach US$200-billion.

The Transat layoffs of pilots, cabin crew, service agents and others adds to the massive jobs toll of the COVID-19 outbreak. Toronto-based Porter Airlines suspended flights on March 20 and began issuing layoff notices to most of its 1,500 employees.

Air Canada, which employs about 36,000 people, has made deep cuts to its international network and is reducing its domestic routes as well. Canada’s largest carrier is laying off about 5,100 flight attendants – 3,600 Air Canada cabin crew members and 1,550 at its Rouge division, according to the Canadian Union of Public Employees.

Calgary-based WestJet has reduced its domestic flight schedule by 50 per cent and suspended outbound flights as of March 23. The carrier told The Globe and Mail Monday that it has not announced any job cuts. 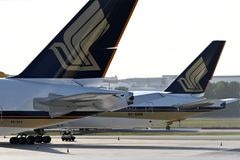