Airbus SE unveiled a luxury business jet version of its single-aisle A220 aircraft, using technology developed by Bombardier Inc. for a new model that will compete at the highest end of the market against Bombardier.

The plane will have three times more cabin space and cost one third less to operate than rival models while being able to take off from the same airports, Airbus said in a statement Tuesday. The European plane maker did not disclose pricing for the aircraft but analysts estimate it will start at US$50-million for a basic interior.

Airbus took over the A220 program, previously known as the C Series, from Bombardier in 2017 and bought out Bombardier’s remaining stake this past February. Once Bombardier’s big bet to drive commercial aerospace revenue over two decades, the company ceded the C Series after its US$6-billion development cost brought it to the brink of bankruptcy.

“It was bound to happen, but basically Bombardier gave Airbus a product to compete with its Global series [of business jets],” said Richard Aboulafia, vice-president of analysis at aerospace consultancy Teal Group. “Unavoidably ironic, I suppose.”

For Bombardier, the announcement by Airbus boils down to a missed opportunity more than a competitive threat. The Montreal-based company was also hatching plans for a business jet version of the commercial passenger plane before its efforts were sidelined when it ran into financial trouble, which would have provided extra production volumes for its former C Series plant in Mirabel, Que.

That facility is now owned by Airbus, which is reaping the spoils of early development work done by Bombardier. Airbus spokesperson Annabelle Duchesne declined to say whether there was any non-compete clause in place that would have prevented Airbus from launching an A220 business jet until now.

The Airbus jet, marketed as the ACJ TwoTwenty, has 785 square feet of floor space and room for 18 passengers. It will compete at the top portion of the business jet market, where a handful of manufacturers, including Bombardier and Gulfstream, are chasing purchases made by billionaires, corporations and governments. Within that segment, sales have traditionally split based on the differing needs of customers.

In the past, Airbus and Boeing have won clients who need the biggest cabins, for example heads of state with entourages, said Rolland Vincent, an aerospace consultant in Plano, Tex. Meanwhile Bombardier and Gulfstream cater to customers seeking faster planes that can land on shorter runways. The two manufacturers outsell Airbus and Boeing on private jets by a large margin.

Airbus said Tuesday it has already sold six ACJ TwoTwenties, including two to aircraft interiors company Swiss-based Comlux. The first plane is expected to enter service in early 2023. The manufacturer already has corporate variants of some of its other commercial aircraft, such as the A320, A330 and A350.

Toulouse, France-based Airbus is looking to its corporate jet division to help offset a steep drop in demand experienced by its commercial aircraft unit because of the coronavirus pandemic. The outlook for the aviation industry has deteriorated further because of rising infections and the 15,000 layoffs being planned by Airbus will be a minimum, company chief operating officer Michael Schoellhorn said in an interview with Germany’s Handelsblatt business daily over the weekend.

Business travel is not immune to the health crisis. Demand for new private jets peaked in 2008 and seems unlikely to return to those levels as video conferencing becomes the norm and corporate travel budgets shrink. However, the industry is expected to benefit from a desire among some well-heeled travellers for more private transport if they do need to fly.

Private aviation has recovered to about 90 per cent of prepandemic levels, according to Airbus, proving its resiliency. But an analysis by J.P. Morgan analysts in September said it remains to be seen whether any market-share gains for private aviation versus commercial aviation will stick. 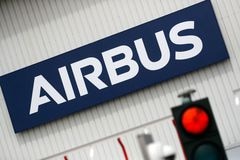 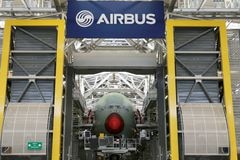