Canada’s airline industry had three wishes going into negotiations on a bailout package with the federal government: cheap loans, subsidies for workers and rollbacks of fees imposed during the novel coronavirus pandemic by airports and Nav Canada.

As talks begin this week, federal Transport Minister Marc Garneau has already made it clear one of those requests – cuts in passenger fees collected for airports and Nav Canada, the national air traffic controller – is off the table.

The federal Liberals are limiting the scope of planned negotiations to financial support for carriers, and refusing to overturn business decisions made since March by Nav Canada and the airports, according to sources working at airlines and airports. The Globe and Mail is not naming these sources because they are not authorized to speak for their employers during the negotiations. On Tuesday, a spokesperson for Transport Canada declined comment.

On Sunday, Mr. Garneau announced the federal government will start talks on initiatives such as low interest rate loans to carriers. The move prompted Air Canada to delay cancellation of 95 routes, a move the company planned to make on Monday, sources said. In a report on Tuesday, analyst Walter Spracklin at RBC Capital Markets said, “We view the announcement as a significant positive step towards government financial aid for Air Canada and the Canadian aviation industry as a whole.”

In the weekend news release, the federal Liberals said support is conditional on the airlines giving refunds on tickets for flights cancelled because of the pandemic. The airlines are currently holding several billion dollars from prepaid tickets. Several industry executives said negotiations between the airlines and Transport Canada are bound to be contentious, with the government championing passenger rights while the industry argues for a financial package with minimal strings attached.

Nav Canada and most domestic airports hiked passenger charges such as airport improvement fees in recent months as they coped with steep declines in passenger volumes due to the pandemic. Nav Canada, for example, increased customer charges by 29.5 per cent. Overall, the fee increases add about $100 to the cost of cross-country flights for a family of four, and airlines say this extra cost keeps passengers off planes.

In contrast, airports and air traffic controllers in jurisdictions such as the U.K., Australia and New Zealand held the line on fees after receiving direct government support.

The Greater Toronto Airports Authority (GTAA), owner of Toronto Pearson International Airport, increased its airport improvement fee by 20 per cent to $30 per departing passenger at the end of September – the first hike in 12 years. In a news release on Sunday following Mr. Garneau’s announcement, the GTAA said, “While details of the package and how it will aid in the recovery of the industry are not yet clear, this assistance is sorely needed.”

Talks between the airlines and the government are also expected to focus on ramping up quick airport tests for the virus, which would eliminate the need for passengers to quarantine after flights. Pilot testing projects are under way in Toronto and Calgary.

“Severe travel restrictions imposed in Canada have had a direct negative impact on the recovery of air travel relative to other countries, including the United States,” said Air Canada executive vice-president Lucie Guillemette in a conference call on Monday. "Our domestic recovery has also been comparatively hampered by blanket interprovincial quarantine measures imposed by the Atlantic provinces, while in the U.S., most interstate restrictions are focused on high-risk regions based on health data, contributing to a stronger domestic recovery for the U.S. carriers.”

Canada’s airlines had more than 50,000 employees when the pandemic began. In addition, tens of thousands of Canadians have jobs directly tied to the sector, including people who work at airports and 4,600 employees at Nav Canada. 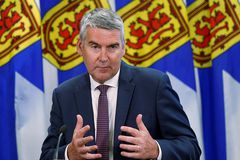 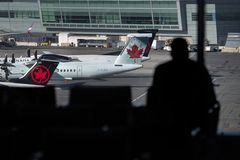 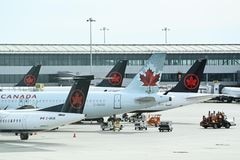