Before Chris Brewer lost his job as a WestJet flight attendant, his typical shift was the Vancouver to Los Angeles route, taking off at 8:30 in the morning and returning by 3. He got to eat supper with his family and sleep in his own bed – rare comforts in the airline business. He met his wife, also a WestJetter, on the job and has formed close friendships with his co-workers. “It was perfect,” Mr. Brewer said. “I mean, I’ve been there for 13 years, so it’s kind of like a family.”

These days, Mr. Brewer drives a van for FedEx Corp. FedEx Corp, hustling parcels around the streets of Vancouver for $19 an hour, about half what he made at WestJet, with fewer benefits. “It’s different, that’s for sure,” he said.

The pandemic has thrown countries into lockdown, closed borders and killed almost 1.4 million people – more than 11,000 in this country alone. Job losses related to the crisis hit 1.1 million in Canada in October, not including the more than 400,000 who have seen their hours cut in half, according to government data.

But perhaps no industry has been hit as hard as the aviation sector. And no industry is as dependent on consumer sentiment – not only that it is safe to fly, but to visit other countries, eat, gather and see the attractions in those countries.

It was early March when Mr. Brewer knew the airline business – and his world - was about to be upended. He was scheduled to work the flight to L.A., but 150 passengers refused to board, cancelling their tickets amid rumours – unfounded – they would not be able to return to Vancouver. Two days later, there were just 10 people aboard a flight to Maui, and they were Americans, not Canadian vacationers. “In the boarding lounge, everyone was, like, coming up to us, asking us questions like, ‘What’s going on? What’s happening back in Canada? What was the Prime Minister saying?’ ” Mr. Brewer said. “There was a lot of anxiety, to say the least.”

In the before-times, air transportation was a $10-billion industry in Canada, measured by annual gross domestic product, that employed about 80,000 people, according to Statistics Canada. The industry’s GDP plunged to an annualized $350-million as the pandemic took hold, recovering to about $1-billion by August. Employment has held up far better, falling to about 50,000, buoyed by wage subsidies.

This suggests there is scope for more job losses through layoffs and airline mergers, despite the government aid, said Pedro Antunes, chief economist at the Conference Board of Canada. Even if a vaccine becomes widely available next year, demand for air travel – a pricey luxury even in good times – will lag the recoveries in other sectors.

Although domestic travel – visiting family and friends – is expected to recover first, lucrative business travel and overseas flights will lag. This is because the business trip has been replaced by the Zoom call – a habit that will be hard to break – and the patchwork of border restrictions, quarantines and vaccine requirements could dampen demand for overseas vacations.

“It’s one of those industries that are going to be hit for the longest,” Mr. Antunes said.

Canadian airlines and their international counterparts suffered drops in demand for seats of as much as 90 per cent. As second waves of the deadly virus sweep the globe, much of the world’s airline fleet remains grounded.

Yvette Nakamoto, an Air Canada fight attendant, is one of the lucky few still working. But she had to move to Toronto to take a job at Air Canada’s subsidiary, Rouge. She still makes $58 an hour, but lost 17 vacation days on top of leaving her family home in Calgary to rent an apartment near Toronto Pearson International Airport.

Ms. Nakamoto, 52, has 19 years of seniority, which helped her avoid layoffs at the unionized airline. Many of her colleagues are no longer working because they did not have enough years on the job or did not want to move their young families to Toronto. Any flight attendant with fewer than 15 years of seniority has been laid off, said Ms. Nakamoto, a trustee with the Canadian Union of Public Employees.

“A lot of them are struggling to find work because their [prospective] employers are like, ‘You’re just going to go back to your job.’ You hear that continually,” she said from Calgary. It’s not a fair assessment, she said, because it could be four years before airline jobs return and people begin flying again at prepandemic levels.

David Culos has flown and lived all over Canada in his 29 years as a pilot. Since 2006 he has worked for Porter Airlines out of Toronto’s island airport, taking passengers all over North America. Now, like thousands of other airline employees, he is out of work and wondering when he will fly again.

“It’s difficult,” Mr. Culos said. “I really enjoyed my job – I had a fantastic work-life balance at Porter. I had a bunch of different roles that I really enjoyed … so it wasn’t just about the flying. It’s about the interaction with the people. And having that routine … it was just difficult to lose.”

Airline executives and industry experts say a recovery in demand for air travel will take years, and the airlines that do survive will be smaller. The travel industry is calling for widespread, standardized COVID-19 tests for passengers, arguing it would be a safe way to shorten or even eliminate the quarantines travellers face. Alan Joyce, Qantas Airways Ltd.’s chief executive officer, said this week that the Australian carrier is looking at requiring passengers to provide proof of a vaccination before being allowed to fly.

Barry Prentice, a transportation professor at the University of Manitoba, said it is not clear when airlines will see a resurgence in demand. “It all comes back to one thing: Do people feel safe travelling?” he said. “It’s really a gloomy picture for a lot of people.”

Maria Smirnov is an Air Transat flight attendant who has not worked a flight since mid-March. She has been living on the government wage subsidy, which initially replaced 75 per cent of her salary, but was recently cut to 55 per cent. Out of that she pays tax, union dues and other deductions. In addition, she is not being paid her $2,000-a-month allowance for overnight stays and meals while working. “It’s very little pay, and you don’t have much left over,” she said from Montreal.

She is working part-time and on-call at a school as a lunch-room supervisor. “It has been difficult to get a job,” said Ms. Smirnov, 46. Most employers rule her out after she answers, honestly, that she would leave the minute Air Transat called her back. “This is a passion for us. It’s not just a job. It’s our identity. It’s who you are. It’s my life.”

Her last flight was into Montreal from Halifax, while she was off duty. She had been flying repatriation flights between Malaga, Spain and Halifax, but her crew was pulled from duty after a colleague’s husband caught the virus. She did not know it was to be her last flight for a long time, but could sense everything was changing.

After spending eight years as ‘lead parent’, this online learning consultant is worried about explaining the gaps in his resume
November 25, 2020 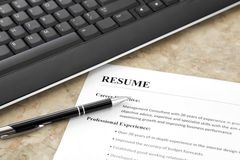