The fallout from the invasion of Ukraine continued to roil the global transport industry on Thursday as airlines rerouted or suspended flights and suppliers severed links with Russia.

Canada, the United States, Europe and others have imposed economic sanctions on Russia and closed airspace to the country’s airlines as the war on Ukraine enters its second week.

Airplane parts makers and lessors and ticket software companies have cut off Russia in compliance with government sanctions, moves that could quickly cripple the commercial aviation sector there.

Air Canada, which does not fly to Russia or Ukraine, is rerouting planes to the Middle East and India to avoid airspace over the two countries. Flights on its India routes, for example, can require a stop in Dublin for fuel and a crew change.

The extra distance to avoid Russian airspace adds three-and-a-half hours or more, depending on the route and other factors, said Peter Fitzpatrick, an Air Canada spokesman.

CAE Inc., a Montreal-based maker of aircraft simulators, has halted service on its pilot training equipment for Russian airlines. Pascale Alpha, a spokeswoman for CAE, said in an interview that CAE has no operations in Russia but has sold simulators there. Ms. Alpha was unable to say how many of the company’s simulators are in Russia, but she said the country’s business is not material to the overall business of CAE. The ban also includes training Russian airline pilots outside the country, Ms. Alpha said.

Japan Airlines Co. Ltd. and ANA Holdings Inc. of Tokyo both said they have suspended flights because of the difficulties of avoiding airspace over Russia and Ukraine. 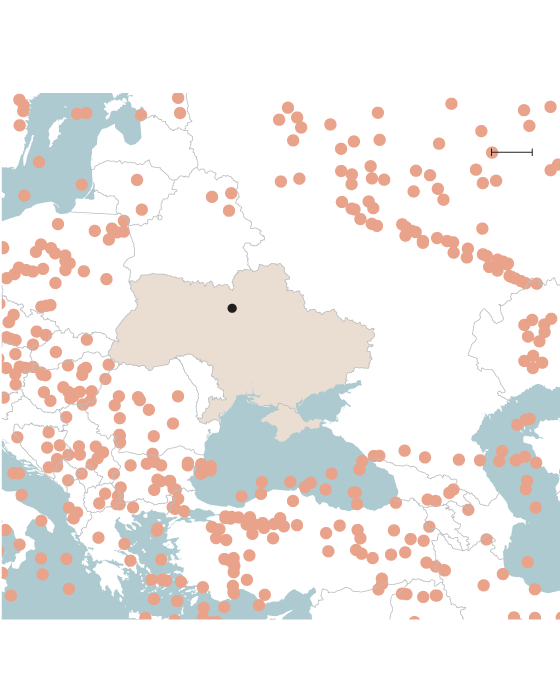 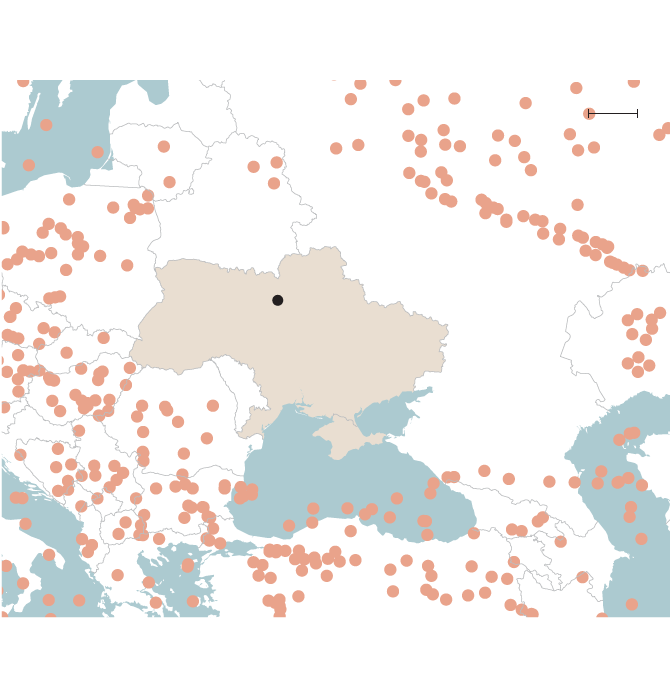 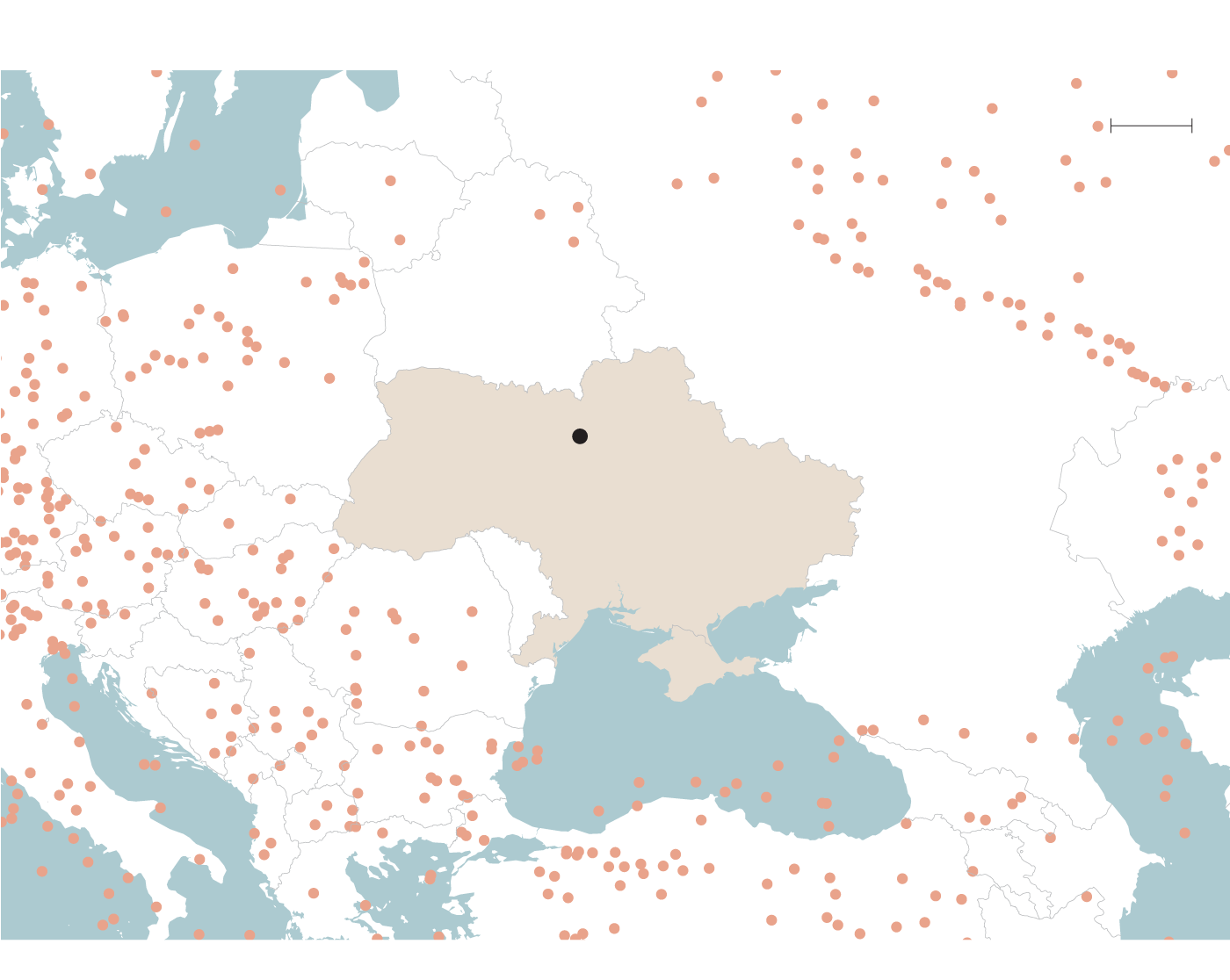 Russia’s flag carrier Aeroflot, majority-owned by the Russian state, was dealt a blow to its ability to sell tickets on Thursday. Marketing software companies Sabre Corp. of Texas and Spain’s Amadeus IT Group SA terminated or began suspending distribution of the airline’s fares.

Sabre said it was taking “immediate steps” to remove Aeroflot’s flight content from its global distribution system, a marketplace used by travel agencies and corporations to reserve flights.

“We are taking a stand against this military conflict,” said Sean Menke, Sabre’s chief executive officer. “We are complying, and will continue to comply, with sanctions imposed against Russia. In addition, today we announced that Sabre has terminated its distribution agreement with Aeroflot, removing its content from our” global distribution system.

As sanctions levelled at Russia widen, shipping company AP Moller Maersk expanded its list of goods it is refusing to ship in or out of St. Petersburg, Kaliningrad and Novorossiysk. The vessel owner said Thursday it will not move food, medical and humanitarian products to the Russian ports.

An “increasing number of our terminal service providers in Europe are advising us that they will no longer be able to handle any additional cargo originating [in] or destined for Russia,” Maersk said in a notice to customers.

Underscoring the peril in the region, the Estonian-owned cargo ship Helt sank on Thursday off the Ukrainian port of Odesa after an explosion, the vessel’s manager said. Two crew members were in a life raft at sea while four others were unaccounted for, Igor Ilves, managing director of Tallinn-based Vista Shipping Agency, told Reuters. Mr. Ilves said the vessel might have struck a mine.

Brigitte Hébert, a spokeswoman for Montreal-based shipping company CSL Group, said CSL does not have any vessels on the Black Sea and its operations are not affected by the war. But she said CSL has halted crew changes for its Ukrainian seafarers and is allowing those who wish to remain on board a ship.

“The Ukrainian airspace remains closed, and although land borders are open, there are currently no safe transport options within Ukraine for regular crew movement,” Ms. Hébert said. “We are continuing to monitor the status of land borders and are reviewing options for possible transport to neighbouring countries, depending on the preferences of individual seafarers who wish to return home.”

General Electric Co. on Wednesday said it has temporarily paused support of airlines in Russia to be consistent with sanctions imposed by the U.S., Britain and the European Union. Its announcement came hours after Boeing Co. said it had suspended parts, maintenance and technical support for Russian airlines. Airbus has also halted supply of parts and services to Russian airlines.