A company seeking to expand its Alberta coal mine is taking the federal government to court, arguing Environment Minister Jonathan Wilkinson overstepped his jurisdiction to appease “political activists” when he decided to review the project.

Mr. Wilkinson decided last December to keep the federal government out of the approvals process for expansion of the Vista coal mine, located in the foothills of the Rocky Mountains about 40 kilometres east of Jasper National Park. But last month he changed his mind, saying the project would have “significant” environmental effects that fall under federal jurisdiction, triggering the need for an assessment.

He also said he was concerned that Vista had lodged two separate expansion applications for what amounted to a single project – a charge rejected by operator Coalspur Mines Ltd., which argued in its court application that the two projects are not connected in any way.

“Injecting politics into a rule-driven process that had been until now guided by well-understood federal and provincial assessment regimes is wrong,” the company said in a statement Friday evening.

Halting the expansion is bad for the local community and “unwarranted by the facts,” it said, adding the mine’s owner – U.S. coal giant Cline Group – has invested more than $700-million with the understanding the expansion would be reviewed under the Alberta environmental review process.

Coalspur noted in its application that no provincial environmental impact assessment report for the first part of the expansion was necessary under Alberta Energy Regulator (AER) rules because it is located within the footprint of the existing mine.

The Vista mine currently produces about six million tonnes a year of thermal coal (which is burned to generate electricity) that it exports to mostly Asian markets. The expansion would increase output to between 13 million and 15 million tonnes. The size of the two expansion projects – combined with requests from environmental groups, as well as the Louis Bull Tribe and the Stoney Nakoda Nation for a review – led Mr. Wilkinson to decide the project needed a second look.

In its Federal Court application, lodged Friday, Coalspur argued the expansion falls solely within Alberta’s jurisdiction, and is therefore subject only to AER rules.

It’s up to the AER to assess whether the mine expansion meets legislative requirements and industry best practices, the company said, not Ottawa.

Coalspur also argued that when Mr. Wilkinson changed his mind and slapped a designation order on the mine expansion, he failed to explain how environmental issues that fall under federal jurisdiction – including species at risk, fish habitats and Indigenous peoples – will be affected by the project.

By his actions, “the minister acted unlawfully, unreasonably and unconstitutionally,” Coalspur said in its court application.

The minister’s reasons for the designation order are “incoherent and present an irrational chain of analysis that cannot be justified based on the facts and the law, including the constitutional division of powers,” the filing said.

Ricky Landry, Mr. Wilkinson’s communications director, told The Globe in an e-mail the minister considered the likelihood of environmental impact within federal jurisdiction, and public concern related to the project.

“We are aware of the application for judicial review. As this matter is before the courts it would be inappropriate to comment further,” he said.

The company’s court application also includes proceedings against the Louis Bull Tribe and the Stoney Nakoda Nation, along with several environmental groups.

Jule Asterisk is a project manager with one of those groups, the Keepers of the Athabasca Watershed Society.

Ms. Asterisk told The Globe the group’s board will meet Wednesday night to discuss the court action, but she wasn’t surprised Coalspur is appealing the federal government decision.

She said her group is concerned about the affects of the mine on two endangered trout species and, more broadly, its impact on global climate change. 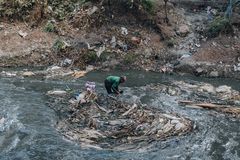 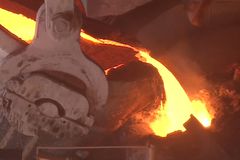 Federal government to join assessment of Teck coal mine expansion in B.C.
August 19, 2020