Premier Jason Kenney said on Monday that the province is in talks with oil producers about allowing them to exceed their government-imposed output limits if they can export the crude by train. The talks are tied to the province’s effort to transfer contracts for 4,400 rail cars held by the government to energy companies.

If the province can find a way to transfer the railcar leases to the industry, it is “very likely” that the additional crude shipped by rail would be exempt from the production limits, Mr. Kenney said in New York, where he was on a trade mission.

Increasing Alberta’s crude production – which was curtailed by the previous NDP government as a way to deal with a massive glut of supply related to a lack of pipeline capacity – would be one way Canada can help deal with any worries of global shortages that stem from the attacks, which forced the Saudis to reduce their production by more than half. But it is unlikely to have a significant effect on global crude prices.

“Global supplies will rearrange themselves to meet demand wherever it is,” Ms. Dwarkin said. “Canada is pretty much producing at capacity currently – it’s not like we have a bunch of spare capacity lying around that we can suddenly call into play and send out by pipeline or ship, never mind get it to the coast so it can get on a ship. But I think this is a situation for governments to release strategic reserves if they so feel.”

Oil prices climbed after the weekend strikes on Saudi Arabia’s largest oil processing plant and one of its biggest oil fields. Yemen’s Houthi rebels claimed responsibility for the drone attacks that knocked 5.7 million barrels a day (b/d) of oil production off line, an amount equal to more than 5 per cent of global demand. The severity of the damage and duration of outages are the biggest wild cards facing oil markets.

The United States and Saudi Arabia blamed Iran, which is allied with the Houthis, and escalating military tension has reintroduced a political risk premium into oil prices.

Mr. Kenney made the comments in an interview with Bloomberg.

North American benchmark West Texas Intermediate closed up 14.7 per cent at US$62.90 a barrel on Monday, its highest since May, and shares of Canadian energy companies surged.

Canada faces constraints in its ability to ship crude after years of delays in adding pipeline capacity to both the United States and to the Pacific Coast. In January, the Alberta government imposed a curtailment of 325,000 b/d as a way to reduce a gaping discount on the price of Alberta heavy oil versus WTI.

Western Canadian Select heavy crude for October delivery last sold for US$11.95 a barrel less than WTI, according to Net Energy Exchange. That compares with a discount of more than US$40 a barrel in late 2018.

The curbs have been reduced gradually, but the government recently extended limits through 2020.

Partly as a result of the bottlenecks, Canada has little ability to quickly boost exports outside the United States.

However, allowing companies to exceed their production caps and send oil by rail to markets such as the U.S. Gulf Coast would benefit the producing and refining industries, said Jackie Forrest, senior director of ARC Energy Research Institute.

“It really is the best scenario because by doing that we can keep our differentials as narrow as possible and get the best price for our crude by allowing volumes to be high through the crude-by-rail policy,” Ms. Forrest said. “We can maximize both volume and price.”

The province’s United Conservative Party government has received 16 bids for the rail car contracts, which had been arranged under former premier Rachel Notley, Mr. Kenney said in the Bloomberg interview. Christine Myatt, a spokeswoman for the Premier, declined to offer any more details about the potential relaxation of curtailments.

Ottawa has restarted construction on the $7.4-billion Trans Mountain pipeline expansion. But until the contentious project is completed, capacity to get volumes to the coast is limited. Still, sending more Canadian heavy oil to the southern United States could free up alternative supplies to be shipped to Asian markets currently served in large part by Saudi Arabia, Ms. Forrest said.

Canada is already the largest non-domestic supplier of oil to the United States, shipping 4.4 million b/d in June, according to the U.S. Information Administration. The U.S. imported slightly less than 580,000 b/d from Saudi Arabia. Meanwhile, U.S. production has more than doubled amid the rush to develop shale supplies in the past decade, hitting 12.1 million b/d this year. 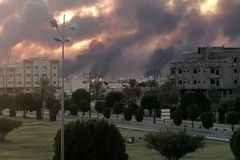 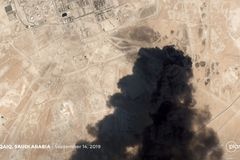