Alberta is set to release an economic stimulus package this week as the province has been hit hard from the COVID-19 pandemic and plunging oil prices.

Premier Jason Kenney will play host Monday to a conference call with a new economic advisory council, chaired by Calgary economist Jack Mintz, as the province hashes out the best way to give its teetering economy a fiscal shot in the arm.

At a news conference on Friday, Mr. Kenney said the goal was to announce an initial package of assistance by the end of this week.

With fiscal year-end approaching, along with spring breakup for oil drilling rigs and the start of construction season, Mr. Kenney said his government is moving as quickly as possible on an economic rescue package.

“I expect a lot of very important economic decisions to be made for the Alberta economy by business leaders over the course of the next two and half weeks. We want them to know the government of Alberta will be there as much as we reasonably can,” he said.

The Premier and Energy Minister Sonya Savage have met with the energy sector and will continue talks with other sectors in the coming days to nail down the government’s next moves.

Alberta leans heavily on non-renewable resources, which are forecast to comprise around 13 per cent of provincial revenue in the 2019-20 fiscal year.

But mid-sized energy producers are facing a liquidity crisis as lenders tighten their purse strings and the per-barrel price of oil withers. Western Canadian Select crude has hovered just above $30 over the past few months, but plunged below $20 last week in the face of decreased demand because of the new coronavirus spread and an escalating Saudi-Russia oil price war.

On Friday, the federal government announced that the two Crown corporations that lend to Canadian businesses – Export Development Canada (EDC) and Business Development Bank of Canada (BDC) – will boost their loans by $10-billion, as part of a strategy to inject additional liquidity into the economy.

While details on that plan are yet to be released, federal Finance Minister Bill Morneau said small and medium businesses would receive most of the funds. Smaller companies are facing the prospect of severe hits to cash flow as social distancing hurts the retail and hospitality sectors, in particular. Loans from EDC and BDC could provide a financial bridge during the fight against the virus.

Mr. Kenney said he was encouraged by the move, but that his government is doing the calculations to figure out if it is adequate support for the already-struggling energy sector. If not, his government will pursue additional credit tools.

His United Conservative government is considering an instrument similar to the Troubled Asset Relief Program (TARP) rolled out in the United States during the global financial crisis. Under TARP, the U.S. Congress authorized US$700-billion to bail out financial companies and automakers.

Alberta Finance Minister Travis Toews said Friday he has raised energy-industry concerns with Mr. Morneau, and is working with Alberta’s financial institutions to ensure that the province is prepared to meet credit and liquidity challenges.

Mr. Kenney stressed that all areas of Alberta’s economy – including tourism, hospitality and travel – will be hit by the pandemic, and said his government is “looking at a whole suite of measures” to help those industries. 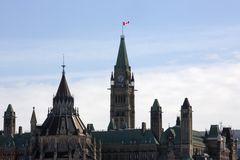 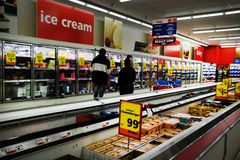 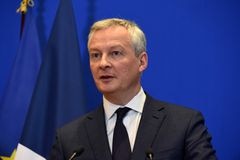 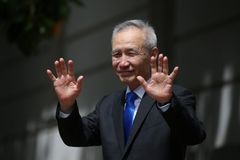