While this winter may have been miserable for the majority of Canadians who had to traipse through the snow to get to work, school or any other daily destination, it’s been something of a boon for Answerplus Inc., a bilingual answering service business.

With a range of 24/7, urgent-business clients such as HVAC and plumbing companies, the company saw its call volume double on certain days this winter, as Canadians phoned in to request that someone come out and return heat to their homes.

Answerplus takes calls for 2,000 clients across North America, along with a handful of other companies in Britain, passing along urgent or essential messages and putting that personal touch on smaller businesses such as veterinarians, dental offices or plumbers, even after normal business hours.

Part of Answerplus’s ability to cope with the increased demand has been its recent focus on enabling its roughly 300 employees to work remotely, away from its four office locations in Edmonton, Hamilton, Toronto and Montreal.

Dana Lloyd, the chief executive officer who bought the family-run firm from her father three years ago, says being able to scale up the work force quickly in urgent situations is crucial for the success of her business.

“When I have no power or I have no heat in my house, and it’s minus 17 outside and I’m calling an HVAC provider and that line isn’t getting answered, I’m cold and I’m going to go on to the next person or company that I find online,” she says.

Traditional phone answering services have been around for decades. But Answerplus, which was founded by Ms. Lloyd’s grandmother, Dolly Lloyd, in an 81-square-foot room in downtown Hamilton in 1961, has come a long way from the telephone switchboard where operators would manually connect calls with a pair of cords. 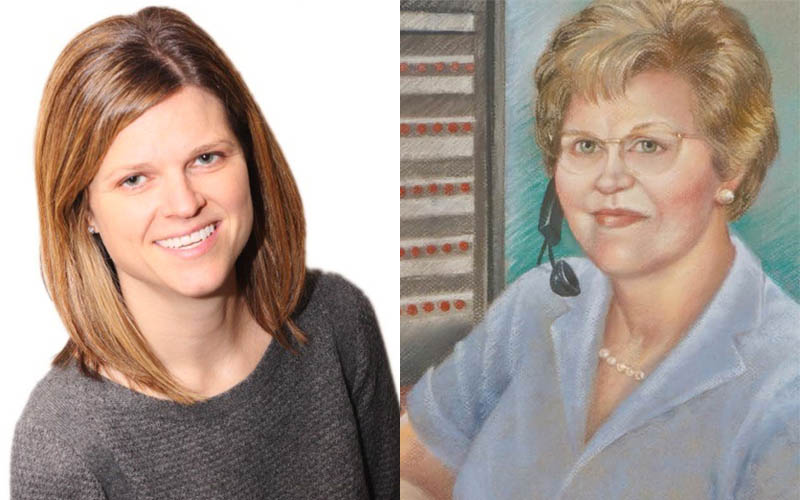 The decision to boost remote-work capabilities has paid off for Answerplus CEO Dana Lloyd, but it didn’t come without a few doubts. Here Ms. Lloyd lists four things that she considered before taking the plunge and moving the company further away from its roots as a one-office answering service operation founded in 1961 by her grandmother, Dolly Lloyd.

Office communication: “It’s so easy when we’re face-to-face to be able to go up to somebody and say, ‘Oh, you know what, this account, they’ve just adjusted this slightly so I just wanted to let you know this.’ Whereas when you don’t have someone in the office you have to put in extra steps to ensure they’re included. So that was a concern.”

Monitoring: “Monitoring employees was absolutely a concern. The reason we did this is to become more efficient, but if you have employees who are working remotely and all of a sudden they’re running to pick up their kids from school, then that’s obviously not making it efficient. So having employees report in was super key.”

Company culture: “Traditionally with call centres, the turnover is notoriously high and the tenure is about nine months, whereas our tenure is 11 years because we focus so much on our culture. So I felt like we could have done this a lot earlier than we did, but we were nervous about how we could get these remote agents on board with our culture and feel a part of the team.”

Bottom line: “Before we did this we were getting to the point where we were thinking, ‘We’re going to have to move because we’re at capacity from an employee standpoint.’ So that was another factor, that by having these remotes we can keep our real-estate costs to a minimum, again making it more affordable for our clients and keeping our costs down.”

The family business has evolved as technology has advanced. Which brought Ms. Lloyd to the firm’s latest digital turning point – to invest in more technology to allow employees to work remotely.

Now its customer-service representatives can connect clients with their customers through the use of new-generation firewalls that support modern encryption and authentication methods. Supplied by Fortinet, the security appliances consolidate multiple security technologies into a single appliance, which eliminates multiple hardware devices and software packages.

The company also needed basic components to support workers who could be almost anywhere. As Rob Beattie, the company’s lead programmer, explains, “It’s to the point now where if you’ve got a computer and some internet and a headset, go get ‘em.”

About 30 per cent of the company’s employees can work remotely, and that percentage is set to increase. And while on a regular day about 10 per cent are logged in from home, during heavy snowstorms that number can increase to about 20 to 25 per cent.

The decision to boost remote-work capability has also had an important effect on employee retention and recruitment.

As a mature business, Answerplus had a number of strong, senior employees who were looking to move north of Toronto into cottage country to transition into retirement, Ms. Lloyd says. Remote-work capabilities have enabled them to keep working.

“For us, our business is our people, and that’s our biggest cost line item, so when we can manage that better it has been sort of life changing in the sense of financially and from an employee-satisfaction standpoint as well,” she says.

Those capabilities have also helped to ease the hiring process. Ms. Lloyd says that it can sometimes be difficult to hire the kind of experienced employees she’s looking for in Toronto or Montreal, but that the ability to offer remote-work opportunities broadens the employee catchment area.

It also works well in a market that is being driven in large part by the candidates themselves.

“Employers as a result of this must look for things to differentiate themselves and make their companies more attractive to the best and most in-demand candidates,” he says. “Working remotely can be one of these things.”

Although remote work can’t necessarily be applied to every line of work, Mr. Adair says that it can be a great way to reward employees for their good work.

“I certainly think that if employees have earned a level of trust and are a valuable resource for an organization that they should be given the means necessary to continue doing good work for the company,” he says.

Angela Payne, senior vice-president and general manager Canada for recruitment firm Monster, says another factor that plays into the growing popularity of remote working is the high cost of working in metropolitan areas. And while that applies to employees living downtown, the same applies to the employer.

“I don’t think we should lose sight of the fact that employers are also considering this because of the high cost of physical space and physical footprint for their organization as well,” she says.

With the current very low unemployment rate – it was 5.8 per cent as of January this year – she adds that businesses are basically fighting to hold on to their employees. But while offering remote work is a good start, she says it’s just one tool in an organization’s toolkit and that a company’s image and what it stands for are likely to be more decisive factors in the recruitment of top candidates.