The Audet family quickly turned down the deal, which offers the clan $900-million for its stake, up $100-million. “As we did on September 2nd, 2020, following the announcement of their first unsolicited proposal, members of the Audet family unanimously reject this further proposal,” said Louis Audet, executive chairman of Cogeco, in an e-mail on Sunday evening.

He said: “Since this is apparently not registering with Rogers and Altice, we repeat today that this is not a negotiating strategy, but a definitive refusal. We are not interested in selling our shares.”

Altice and Rogers added $800-million to an overall opening bid that was spurned by the Audet family, which controls Montreal-based Cogeco and its subsidiary through a dual-share structure. That bid also failed to win support from other Cogeco shareholders and the Quebec government.

Altice chief executive Dexter Goei said Sunday in a press release that the improved offer came after “recent discussions with holders of subordinate voting shares” in the two Cogeco companies. New York-based Altice, which wants to buy Cogeco’s U.S. cable network, and Toronto-based Rogers said that if they are unable to reach a “mutually satisfactory agreement” with the Audet clan and Cogeco by Nov. 18, the offer will be withdrawn.

Last month, Rogers promised to ramp up spending on its Quebec operations if the takeover is successful. In an e-mail on Sunday, Rogers chief executive Joe Natale said: “This revised offer provides significant additional value for all shareholders and upholds our commitment to $3-billion worth of investments over the next five years in Quebec, including maintaining the Cogeco brand and Cogeco’s headquarters in Quebec.”

Cogeco shareholders are now being offered $123 per share, versus $106.53 in the first bid, tabled in early September. Investors in Cogeco Communications, the more widely held stock, are being offered $150 a share, up from the opening bid of $134.22. The transaction cannot go forward without the Audets' support.

Altice and Roger’s original offer was for $10.3-billion. But it failed to win support from Gestion Audem Inc., a company controlled by the Audet family that owns 69 per cent of voting rights in Cogeco, but holds just 3.3 per cent of the equity.

Rogers is the largest shareholder in both Cogeco and Cogeco Communications, with approximately a third of the equity in both companies, an investment that dates back two decades. If Altice and Rogers are unable to reach a deal, analysts say Rogers will likely sell its stakes, which are worth approximately $1.7-billion.

“Rogers has freely chosen to accumulate shares in the corporations with full knowledge of the implications. The Audet family regrets that Rogers' capital-allocation decision is causing the Rogers family and Board such anguish,” said Mr. Audet, President of Gestion Audem.

Under the revised terms, released Sunday afternoon, Altice proposes to acquire Cogeco’s U.S. assets, known as Atlantic Broadband, for $5.1-billion. Altice is the fourth-largest U.S. cable company, while Atlantic Broadband ranks ninth in size. Rogers would take over the company’s Canadian assets for a net price of $3.7-billion. Rogers committed $3.4-billion to the opening bid. Rogers said on Sunday it can fund the offer without issuing equity or cutting its common share dividend. 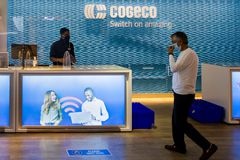 Cogeco says Rogers investment in Quebec should not hinge on its takeover bid for Montreal-based firm
Subscriber content
September 25, 2020 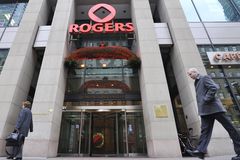