The rapid unravelling of Chinese property giant Evergrande has sent bond prices tumbling and spread uncertainty through global markets, but some asset managers are starting to see opportunities to buy back into the floundering company’s debt at rock-bottom prices.

Against a backdrop of gloom and fears of global contagion in markets, investment research company Morningstar Inc. highlighted a small number of asset managers that have shown willingness to pursue investment opportunities emerging from China Evergrande Group’s misfortune.

They include Royal Bank of Canada’s British-based subsidiary BlueBay Asset Management LLP, which sold off large parts of its Evergrande exposure over the summer but has recently had renewed interest as a buyer, as well as BlackRock Inc. , UBS Group AG and Ashmore Group , according to Morningstar’s report.

How Canada is exposed to ripple effects of Evergrande debt crisis

Starting in late 2020, BlueBay built overweight positions in Evergrande debt, including in two emerging market bond funds that had portfolio exposure of 3.6 per cent and 2.9 per cent respectively. In July, however, BlueBay began cutting back its holdings, reducing its exposure in each fund to about 0.9 per cent as of Sept. 22, according to Morningstar.

More recently, as prices for Evergrande bonds plummeted to fire-sale levels – reaching 25 cents on the dollar in some cases – BlueBay has made small purchases of the teetering giant’s distressed debt.

BlueBay “believes that current pricing for these bonds (around the mid-20s) fully reflects the default probability, and it has thus gradually started adding China Evergrande exposure to the portfolios,” wrote Shannon Kirwin, senior manager and research analyst at Morningstar, in a research note.

Similarly, U.S.-based BlackRock “added [Evergrande’s] debt to five of its strategies” when prices reached distressed levels in mid-September, while Swiss bank UBS and British-based Ashmore have held significant exposures to Evergrande, which totalled US$283-million and US$146-million respectively as of August.

BlueBay’s overall exposure to Evergrande is minimal, but the asset manager still holds the property giant’s debt in several portfolios, according to Morningstar.

RBC spokesperson Chris Dotson said BlueBay’s emerging market debt portfolios “currently have very limited holdings in Evergrande,” and BlueBay has “lower exposure to the company” as of Sept. 24 than it had on Aug. 31. “Prior to this, the investment team proactively reduced exposure to the company earlier this year, divesting the majority of its holdings,” he said in an e-mail.

According to Morningstar, BlueBay expects some of Evergrande’s local rivals such as Guangzhou R&F Properties “are likely to come under further stress owing to tight financing conditions,” Ms. Kirwin wrote. But she said the fund manger sees other Chinese property companies as “well-supported,” and BlueBay “is ready to add back to some of these issuers as soon as the managers see signs of market stabilization.”

Asset managers haven’t shown “the same level of panic that you’re seeing playing out in the broader market” over Evergrande, Ms. Kirwin said in an interview. Although there is significant uncertainty about the property giant’s fate, Ms. Kirwin heard “again and again” that asset managers expect Chinese authorities to take some action to contain the situation, which would help calm markets.

“Given that expectation, since there’s so much panic selling, we’ve heard some managers saying that now it’s creating some opportunities because the baby is getting thrown out with the bath water and everything is being sold off across the board that remotely has to do with the Chinese real estate market,” Ms. Kirwin said.

Although Evergrande bonds are cheap, another factor separating asset managers that are more bullish on Evergrande from their bearish rivals is their tolerance for wading into lengthy processes to work out distressed debt that could tie bondholders up in legal wrangling for years.

Last year, BlueBay added to a team dedicated to emerging markets illiquid credit that has specialists in debt restructuring. “This is definitely an area where they are trying to build up a competitive advantage versus other credit houses,” Ms. Kirwin said. “You basically have to have a lot of staff and a lot of special expertise to be interested in making money off these things.”

Evergrande teeters on the edge of collapse. Will China step in to avoid a ‘Lehman moment’?
Subscriber content
September 21, 2021 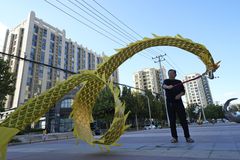 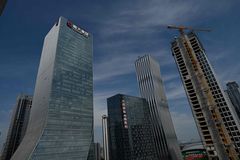 Opinion
Evergrande crisis is a global problem, but how big is hard to predict
Subscriber content
September 27, 2021 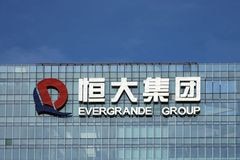