Anna Sharratt
Special to The Globe and Mail
Published April 27, 2018 Updated May 1, 2020
Comments

When Julie and Sheldon Harrish opened their spin studio, 6ix Cycle, in downtown Toronto a year ago, they were keen to build their business by word of mouth. Then one of their clients, a social media strategist, suggested they try geo-targeting through the Facebook advertising platform, which uses location targeting to reach social media users in a specific area. It can be paired with age, gender and interests for extra reach.

“We said: ‘Hey, how does this work?’” recalls Ms. Harrish. This past February, the studio began to create targeted Facebook and Instagram ads that were served to potential clients within 2 km of the studio.

“We actually had awesome results, from click-throughs to actual purchase,” says Ms. Harrish. “It was better than I thought it would be. And it was actually really simple to use.”

Geo-targeting is increasingly being used by small businesses to connect in a personalized way with locals who may be unaware of them. “It helps you make your audience more relevant,” says Jared Lenover, digital marketing strategist at Degroote School of Business at McMaster University in Hamilton.

And it is cost-effective if done in-house or by a contractor, rather than a large agency, which can charge thousands of dollars. “It does allow the advertiser to be more efficient with their budget, says Mr. Lenover. He says companies usually pay for the number of engagements on a particular ad. “You get charged by how many times it’s shown — or clicked on,” he says.

But the success of geo-targeting comes during a period of scrutiny around Facebook’s use of sensitive personal data. “Some people might have legitimate concerns” around how their personal data is used, says Mr. Lenover.

However, hyper-local ads provide information about local businesses that may have more relevance to users.

Says Ms. Harrish: “It’s kind of cool that these are curated for your interest. We’ve had a 2-per-cent growth in usage, which is significant when you’re small.”

How to prevent Google and other tech giants from poaching your talent
May 1, 2020 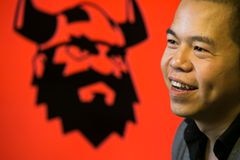 What to do when your company reaches the size tipping point
May 1, 2020 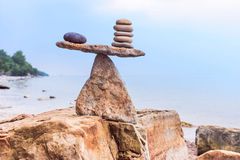