The General Motors strike in the U.S. could start to cast a longer shadow on the already darkening data for North America’s manufacturing sector.

The strike, involving about 48,000 workers at the automotive giant, has entered its fourth week, with no end in sight. While the dispute almost immediately spilled over to Canada’s auto sector – where about 4,000 unionized workers at GM Canada and related suppliers have been laid off – the impact is expected to broaden the longer the work stoppage continues. Economists said that already weakening manufacturing indicators stand to take an additional hit, while the impact from the GM shutdowns may soon surface in Canadian labour data and could, eventually, weigh on overall fourth-quarter growth.

“It will build as time goes on,” said Avery Shenfeld, chief economist at Canadian Imperial Bank of Commerce.

Last week, the Institute for Supply Management’s U.S. manufacturing Purchasing Manager’s Index (PMI) came in at 47.8, its lowest reading since mid-2009. Readings below 50 typically indicate a contraction in the sector. Economist Brian Bethune of Tufts University in Medford, Mass., estimated that the GM strike subtracted “about 2 points” from the PMI, piling onto the already deteriorating manufacturing conditions.

In Canada, the early signs of the strike’s ripple effects could surface this Friday, when Statistics Canada releases its September labour-force survey. Workers on temporary layoff are generally treated by the Statscan survey as unemployed, as long as they aren’t being paid while on layoff. That means that the workers sent home in Canada as a result of the U.S. strike could well add to the unemployment count.

Many of the key economic indicators for September won’t be released until November. Only then will we have a clearer sense of the impact of the strike, economists said.

Economists cautioned that the downward pressure from the strike on the economic data is a temporary factor that would largely be reversed once a settlement is reached. Nevertheless, they said the strike has compounded the uncertainties in the manufacturing sector – related mainly to global trade tensions – that have already stifled export demand and business investment in North America and globally.

“It’s exacerbating all the shocks that U.S. manufacturers have to deal with,” Mr. Bethune said.

Toronto-Dominion Bank senior economist Thomas Feltmate noted that GM built up about 70 days’ worth of supply in preparation for the strike, so the early impact on its sales was negligible. But he said that some more popular models are already feeling the supply strain.

“Depending on the model, we’re pretty much running on empty now,” he said.

He added that while GM Canada has managed to keep its Ingersoll, Ont., assembly plant running, that facility may be running low on parts itself – and the strike has all but shut down parts shipments from the United States. As a result, he said, the Ingersoll plant may not be able to maintain production much longer. That would also affect the St. Catharines, Ont., powertrain plant, part of which has remained open to supply the Ingersoll facility.

“It’s only a matter of time,” Mr. Feltmate said.

Economists said that the strike to date has probably had a minimal impact on the overall economy, shaving maybe 0.1 percentage point off annualized gross domestic product growth on both sides of the border. But they said that if the strike were to continue for much of the fourth quarter, the impact would deepen and spread, affecting consumption, business spending and trade.

“It will ripple into other industries,” CIBC’s Mr. Shenfeld said.

Mr. Feltmate of TD estimated that if the strike lasted most of the fourth quarter, it could slice about 0.4 percentage point off U.S. GDP growth, and about 0.3 percentage point from Canada’s growth. With fourth-quarter growth forecast at slightly more than 2 per cent annualized in the U.S. and about 1.5 per cent in Canada, that would be significant.

But for now, Mr. Shenfeld said, “it’s a minor impact that would be made up in future production. This is the kind of impact on the data that you add back and try to ignore.”

But Mr. Feltmate cautioned that a large chunk of the lost Canadian production won’t be replaced. GM had already planned to permanently shut down its Oshawa, Ont., assembly plant at the end of the year, so GM isn’t motivated to accelerate its operations there to make up for lost time.

“Any production lost there isn’t going to be recovered,” he said. 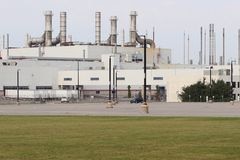 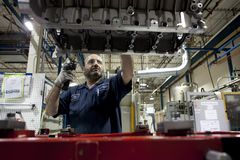 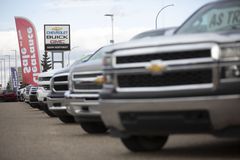