Apple Inc. is blaming China’s slowing economy and trade tensions with the United States for a slump in its latest quarter that has forced the tech giant to slash billions from its revenue forecast.

Trading was halted briefly on the Nasdaq after markets closed on Wednesday as the company published a letter to investors from chief executive officer Tim Cook revising its projected revenue to US$84-billion for its first fiscal quarter of 2019. When after-hours trading resumed, shares were pushed down more than 7 per cent to US$145.90.

On Thursday, Apple shares fell about 9 per cent when markets opened. Apple shares closed the day down about 10 per cent.

Two months ago, the company had projected revenue of US$89-billion to US$93-billion for the quarter – meaning it could miss its original target by as much as US$9-billion. In the comparable quarter for 2018, revenue was US$88.3-billion, meaning its new forecast would represent a 4.9-per-cent decline year-over-year.

Apple became the world’s first public company to reach a US$1-trillion valuation last summer, but soon fell victim to a broader rout among tech stocks in 2018’s final months. While Apple skirted the scandals that affected other tech giants, slowing demand for iPhones has put a chill on investors. Its market capitalization has since fallen to US$775-billion. Its first fiscal quarter, which includes the crucial holiday shopping season, is traditionally its most important.

At the centre of Apple’s shift is the iPhone – the most profitable phone in history, responsible for three-fifths of Apple’s income in its fiscal fourth-quarter of 2018. Sales have plateaued in recent months, as the smartphone market matures and the company tries to make more money from each handset. Mr. Cook wrote that lower-than-expected iPhone revenue, largely in China, “accounts for all of our revenue shortfall to our guidance and for much more than our entire year-over-year revenue decline.”

It is at China’s feet that Mr. Cook is placing most of the blame for the reduced forecast. He said its slowing economy, spurred in part by its fractious trade relationship with the United States, led to less revenue from iPhones, Macs and iPads in the country for the fiscal first quarter, which ended last month.

On top of the sluggish broader economic growth, “we believe the economic environment in China has been further impacted by rising trade tensions with the United States," Mr. Cook said. "As the climate of mounting uncertainty weighed on financial markets, the effects appeared to reach consumers as well, with traffic to our retail stores … in China declining as the quarter progressed. And market data has shown that the contraction in Greater China’s smartphone market has been particularly sharp.”

Apple is scheduled to report its official quarterly results in late January, but “we wanted to get some preliminary information to you now,” Mr. Cook wrote to investors. “… When we discussed our Q1 guidance with you about 60 days ago, we knew the first quarter would be impacted by both macroeconomic and Apple-specific factors.”

iPhone sales have slumped in recent months, which analysts have flagged as driving a pair of strategic shifts at Apple. The first is a move away from unit sales: With iPhone prices rising as each new model is introduced, now sometimes to $2,000 or more in Canada after taxes and warranty, the company said last year that it would stop reporting individual unit sales and focus on revenue. More broadly, the consumer upgrade cycle for phones has shifted to three years from two in North America, as prices increase but features stagnate. In developing markets, cheaper smartphones tend to win market share.

Meanwhile, the company has put a growing emphasis on its “services” business line, which encompasses everything from its App Store to cloud storage to its $10-a-month streaming service, Apple Music. Mr. Cook said on a recent conference call that the company is on track to hit nearly US$50-billion in annual services revenue in 2020 – double that of 2016. In his letter on Wednesday, Mr. Cook pointed out that the company’s quarterly non-iPhone revenue grew 19 per cent year-over-year.

The company also revised its forecast for other types of income up to US$550-million, from US$300-million when it was revealed in November. 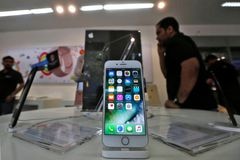 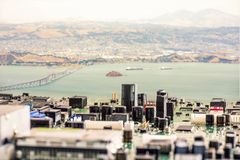 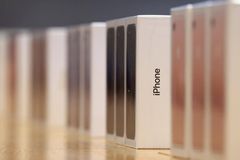