If you want to know why the publishers of 300 magazines and newspapers have chosen to place their content in Apple Inc.'s new paid subscription service, Apple News+, just listen to Oprah.

“They’re in a billion pockets, y’all,” the broadcast mogul told an audience at Apple’s launch in Cupertino, Calif., on Monday, explaining her own involvement in the company’s new streaming TV service.

The promise of distribution to Apple’s massive base of smartphone users – that’s about 900 million pockets with iPhones, to be exact – is hard for any publisher struggling with the economics of digital media to ignore. That includes Canadian publications participating in the new subscription product, including the Toronto Star, Maclean’s and other magazines owned by St. Joseph Communications, Cottage Life and The Walrus. U.S. participants include magazines such as the New Yorker and Vanity Fair, as well as the Los Angeles Times and the Wall Street Journal, which plans to hire about 50 newsroom staff for the new product.

Apple’s experience making beautiful things that people will pay for is undeniable. If anyone can persuade people to pay for news, it may well be the company that transformed how we listen to music, our relationship to computers and the very concept of the phone.

But the history of digital media also has many examples of publishers who gave up significant control over their own revenues and the relationship with their audiences for the promise of greater scale scale, only to see much smaller returns than they had hoped for. And now, many in the industry have mixed feelings about the terms for accessing Apple’s scale.

Apple News+ will cost US$10 in the United States and about $13 in Canada, but reports suggest Apple may keep half of that revenue; the rest will be divvied up among the participating publications based on how much time users spend with each. (Apple would not comment on the terms.) So the economics will depend not only on how many users will pay for subscriptions, but also which content is promoted most prominently and whether longer content (such as magazine articles) has better results. Apple News, which offers a selection of free content, already has more than 85 million users in the United States, where it has been available since 2015.

“So you’re talking about maybe 10 million people [in the United States] you could possibly get to pay,” estimates Jason Kint, chief executive officer of Digital Content Next, an industry association that represents publishers including The New York Times and Bloomberg. If that estimate is right, and Apple is keeping 50 per cent, that would imply media companies in the U.S. market would share US$600-million in revenue.

“You’re splitting a decent amount of money, but across a lot of publishers," he said. "… And this idea of potentially half of the revenue being kept by Apple is very concerning. Just as important is the concern around not protecting the direct relationship [with subscribers] and the distribution, and the data that comes with that.”

That desire to maintain a direct relationship with subscribers was one reason Montreal-based newspaper Le Devoir chose to be part of Apple News but not News+, editor Brian Myles said. He added that at $13 a month, the bundled service undercuts the average price of about $17 that Le Devoir charges for its digital subscriptions.

“We were concerned that the revenues would not be there,” Mr. Myles said.

The Globe and Mail is also making some content available for free on Apple News, but is not part of the subscription product.

The Toronto Star, which launched digital subscriptions last fall, recently reported that it signed on nearly 10,000 subscribers in its first three months.

“We believe that by participating with Apple, we come out further ahead than if we don’t participate," Torstar Corp. spokesperson Bob Hepburn said. "Apple News is coming to Canada, with or without our participation. Having Apple’s support … will increase market acceptance of the idea that people have to pay for digital news and that digital news is valuable.”

However, the Star is also working to build its business independent of Apple, sending e-mails to readers on Monday mentioning the Apple announcement and highlighting content that won’t be available on the new app to encourage them to “consider subscribing directly.”

“Right now, so much of our content is – for want of a better word – stolen,” said John Hinds, president and chief executive of industry group News Media Canada. “It’s a great step in terms of people paying for high-quality content. People are used to paying for stuff through Apple. There’s no friction: they have an account, they just click. … If it turns them into news consumers, that’s a real benefit.”

“It is a match you want to make work,” Mr. Kint said. “...The premium brands don’t want to be mixed in on Facebook’s newsfeed with a bunch of garbage content. They want to be in this protected, curated, premium Apple environment. Apple has an opportunity to do something different and better, so to trip on the terms is unfortunate, because the experience itself is probably going to be pretty great.”

With a report from Tamsin McMahon in Cupertino, Calif. 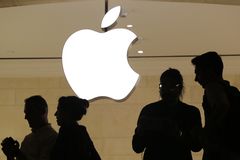 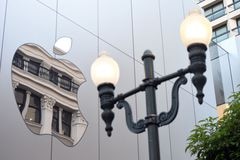 The rise and fall of tech companies in the aftermath of Apple news
September 10, 2014 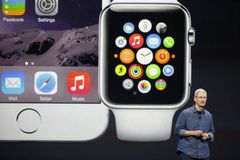