Apple Inc. unveiled new privacy restrictions for app developers Monday, changes that are likely to be applauded by privacy advocates even as they intensify a clash between the smartphone giant and the developers who build software for Apple devices.

The Cupertino, Calif., company also said it would start powering its Mac computers with its own chips, called Apple Silicon, as it looks to end a 15-year partnership with chip maker Intel Corp.

At Apple’s annual global developers conference – broadcast exclusively online because of the coronavirus pandemic – executives outlined several updates to Apple’s iPhone operating system that would give users more control over the data they share with the third-party apps running on their phones.

Among the changes, Apple said users would be able to restrict apps from accessing specific location data. Users would also be able to see more information about when apps used their phones’ camera and microphone, along with how apps tracked them as they browsed the internet.

Developers who want to distribute their apps through Apple’s App Store would also be required to provide a detailed explanation of the types of personal data they collect on users, in what Apple executives likened to nutritional labels on food packages.

The updates are part of Apple’s efforts to exert control over how developers access consumers using more than 1.5 billion iPhones, iPads and other Apple devices. The company has faced growing scrutiny over the rules for its App Store, the main way that nearly 23 million developers on its platform distribute their software to Apple users.

Last week, European Competition Commissioner Margrethe Vestager opened a formal investigation into whether the App Store was harming competition by acting as a “gatekeeper” for third-party apps, some of which rival Apple’s own services.

That investigation was launched a little more than a year after music-streaming service Spotify filed a complaint with Ms. Vestager’s office, arguing that Apple engaged in anti-competitive behaviour by charging developers fees as high as 30 per cent for selling digital goods and services through the App Store. E-reader company Kobo, which is headquartered in Toronto but owned by Japanese firm Rakuten, filed a similar complaint.

Developers have argued that Apple’s fees allow the smartphone giant to undercut rivals by charging less for its own, competing services.

The dispute between developers and the smartphone behemoth has also caught the attention of regulators in Apple’s home market. In the U.S., David Cicilline, a Democrat who chairs the House judiciary committee, has said he is preparing to ask the heads of major tech firms, including Apple chief executive Tim Cook, to testify at a hearing on competition. Microsoft president Brad Smith told a Politico conference last week that antitrust regulators in the U.S. and Europe needed to take a closer look at app stores.

Apple has argued that it maintains strict control over its App Store, home to nearly two million apps, in order to protect users against apps that abuse their privacy and safety. The company issued a study last week estimating that its App Store had facilitated US$519-billion in sales last year, with most of that money staying in the pockets of developers. Apple also says the vast majority of apps – 84 per cent – don’t pay anything to distribute their products through the App Store.

But the battle is expected to heat up as Apple steadily shifts away from its reliance on iPhone and computer sales toward accessories such as smartwatches and subscription services.

The smartphone giant launched subscription streaming, news and gaming services last year and analysts largely expect Apple to eventually bundle its services into a single subscription package. Apple reported that iPhone sales fell an annualized 7 per cent in the most recent quarter, while revenue from services rose 16 per cent, to more than US$13-billion.

As part of the updates Monday, Apple announced a feature called App Clips - essentially scaled-down apps that users can access without having to download something onto their phone. The apps would allow users to pay in-person for goods like coffees or electric-scooter rentals without having to install and set up a full iPhone app. The smartphone giant was also planning to launch new technology that would let developers to track the effectiveness of their advertising campaigns without using ad-tracking software or other privacy-invasive technology. And Apple also said it planned to open up FindMy - its Bluetooth-based app that lets users to track the location of their iPhones and other Apple devices - to third party developers.

Mr. Cook also confirmed long-rumoured plans that Apple was developing its own chip to power its Mac computers, severing ties with Intel, whose processors have powered Apple computers since 2005.

“Today is going to be a truly historic day for the Mac,” Mr. Cook said. “When we make bold changes it’s for one simple, yet powerful reason, so we can make much better products.”

Apple already designs its own processors for its mobile devices and smartwatch and said the changes would make it easier for developers to create apps that could run on a variety of Apple devices without having to completely rewrite their software for Macs. Apple plans to start shipping computers powered by its new chip at the end of the year, with the full transition away from Intel set to take two years, Mr. Cook said. 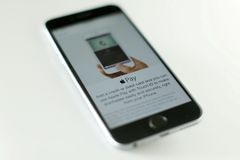 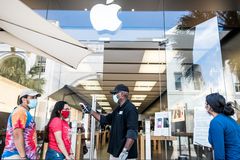 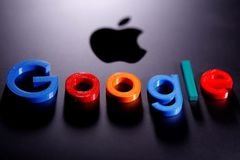