Canada’s wireless carriers are hoping to see a boost from the launch of the new 5G-capable iPhone, but say it will be some time before their customers are able to experience the full potential of next-generation wireless technology.

Apple Inc. unveiled a line of iPhones Tuesday that, in addition to boasting a myriad of new camera features, will be compatible with fifth-generation wireless networks that promise faster speeds and less lag time.

But it’s still early days in Canada’s deployment of 5G, and the technology’s full benefits won’t be realized until more spectrum – airwaves used to transmit wireless signals – is available.

“The road to 5G is a longer game and it will become even better over time, as more devices come out and the spectrum auctions play out through 2021,” said Jim Senko, president of mobility solutions at Telus Corp.

Network buildouts are also still under way. Canadian carriers are offering 5G service in certain cities and towns by adding a channel on top of their existing 4G long-term evolution networks while they work to build out standalone fifth-generation networks.

“Our networks are going to continue to become more capable, we’re going to have 5G in even more places and that 5G experience will host more connectivity with less power demands with lower latency and higher speeds," said Brent Johnston, president of wireless at Rogers Communications Inc.

Rogers announced on Tuesday that its initial 5G service is now available in 130 towns and cities. Telus and BCE Inc.'s Bell Canada, which share the radio access portion of their networks, with each one responsible for roughly half the country, are expected to offer 5G in 50 cities by the end of the year.

Still, the telecoms are expecting the iPhone 12, which will be available for pre-order on Friday, to drive demand, particularly among early adopters eager to get their hands on the latest gear.

“iPhone has a huge demand and following in our subscriber base, and being able to introduce the first 5G-capable [Apple] device to the market will be a big influence on sales this holiday season," said Claire Gillies, president of Bell Mobility. "People will be eager to get the latest and greatest in their hand.”

However, affordability is likely to be a concern for some customers, given the economic fallout of the COVID-19 pandemic, Mr. Senko at Telus said.

“There will definitely be a market for this, especially for diehard iPhone users who are upgrading ... but there’s also a big portion of the market that’s looking for cheaper options because of the [COVID-19] situation,” Mr. Senko said.

To address that, the telecoms will be emphasizing their trade-in programs, which offer customers discounts for returning their devices in good working order, as well as plans that let them finance the phones with no down payment required.

TD Securities analyst Vince Valentini said Rogers' rapid 5G expansion offers “the best evidence to date” that the more than $1.7-billion it spent on 600-megahertz airwaves last year was worth it.

“This low band spectrum allows wider coverage than the 2.5 GHz spectrum being used in most other initial 5G networks in Canada, so that many more smaller markets can be covered with fewer cell sites. This industry-leading 5G footprint should help Rogers capture more than its fair share of any tech-focused consumers who want to get in on the ground floor with 5G devices and data speeds,” Mr. Valentini said in a note to clients. 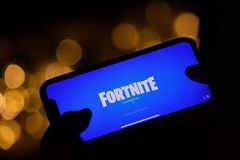 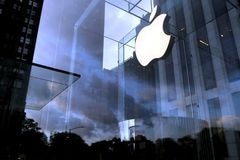 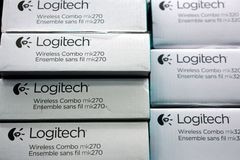