Apple unveiled a new video-streaming service that aims to go head-to-head with Netflix as the smartphone giant shifts its focus to subscription services in hopes of boosting flagging iPhone sales.

In a year when Apple has been hit by slowing revenues, the Trump administration’s trade war with China and antitrust investigations in several countries, the Silicon Valley company has increasingly shifted its focus toward more affordable iPhones, along with accessories and services aimed at squeezing more money out of existing iPhone users.

The new video-streaming service, Apple TV+, will launch in November at $5.99 a month in Canada with a handful of original shows, including Jennifer Aniston’s The Morning Show, and children’s show Snoopy In Space.

The price for the video service is nearly half of what many analysts had predicted and well below competing offerings from Netflix and Amazon Prime. It poses a direct challenge to Walt Disney Co., which plans to launch its own streaming service in Canada in November for $8.99 a month. Apple said it would offer a free year-long subscription to the video service for customers who purchased a new device.

The company also announced a trio of new phones with prices for iPhone 11 starting at $979 – a $50 discount to last year’s XR model.

The pricing of Apple TV+ “is a show stopper and a major shot across the bow at the likes of Netflix and Disney among others,” Wedbush Securities analyst Dan Ives said. A new video-game streaming service, Apple Arcade, will also cost $5.99 a month in Canada.

Apple rose to become one of the world’s most profitable companies by creating new categories with its hardware innovation. But it has been years since the company has had a major hit with a new device, as it did with the iPhone in 2007. Instead, Apple is increasingly focusing on cutting prices, promoting health-care technology and shifting into services to make up for slowing iPhone revenues.

Other products are getting only minor updates, such as an iPad with a larger screen. A new Apple Watch 5 comes with an always-on display and the ability to sign up for several new clinical health research studies. Apple also failed to announce several products and features that had been widely reported ahead of the event, such as two-way wireless charging for its phones.

Executives instead spent nearly as much time Tuesday talking about products as they did touting free trial subscriptions for Apple’s new streaming services, promoting its new lineup of video games and TV shows, and trade-in programs that allow customers to swap existing phones for discounts on new models.

The cheaper iPhone pricing is also a significant departure for the company, whose revenues rely heavily on the flagship phone. Apple has traditionally raised prices on its latest smartphone models every year as it seeks to remain a luxury technology brand.

But Apple has struggled amid a global slowdown in smartphone sales, particularly in China, and complaints that its phones were often missing the most advanced camera features of rivals such as Alphabet’s Google, Samsung and Huawei.

Earlier in the week some observers had predicted Apple could get a significant bump in sales this year from its slate of new iPhones, given that many of the company’s roughly 900 million existing iPhone users are primed for an upgrade, with phones that are, on average, five years old.

However, on Tuesday, analysts were less sure, with some predicting that consumers will hold off on upgrading their phones until next year, when Apple is expected to unveil a 5G iPhone that can run on faster fifth-generation wireless networks.

“In a lot of ways, the Apple event didn’t have many surprises," said eMarketer principal analyst Yoram Wurmser, adding that the new iPhones come with only “incremental advances” over previous models. 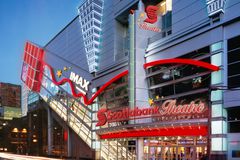 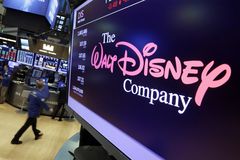 AT&T pulls Friends from Netflix to beef up its own streaming service
July 10, 2019 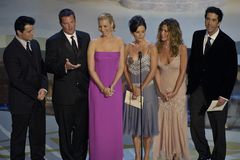