Tim Kiladze
Includes clarification
Published May 18, 2021 Updated May 18, 2021
For Subscribers
Comments
Text Size
Please log in to listen to this story. Also available in French and Mandarin. Log In Create Free Account

Artis Real Estate Investment Trust is awarding an investment management contract to Sandpiper Group, a private equity firm run by Artis’s chief executive officer, even though Sandpiper won an activist campaign against the REIT’s former board of directors that centred on alleged conflicts of interest.

Last October, Sandpiper sought to take control of Artis by questioning the independence of a construction and management company allegedly owned by the former CEO’s family.

The campaign was a success, and earlier this year Artis installed Sandpiper founder Samir Manji as its new CEO. Only a few months into his tenure, Artis is now handing an investment management contract to Sandpiper that will pay the private firm to manage investments in publicly traded real estate companies.

The contract stems from Mr. Manji’s radical new vision for Artis, which proposes morphing the real estate investment trust into a holding company that looks very similar to his existing private equity firm. Mr. Manji hopes to sell many of the REIT’s properties and redeploy the cash into equities of real estate companies, as well as fund development projects and embark on activist campaigns similar to his own for Artis.

Unitholders will vote on the plan on Friday, but it already has the support of roughly one-third of the REIT’s owners, Artis announced in March.

In a news release announcing the new investment contract, Artis said Sandpiper will provide investment services that enable the REIT to make its own investment decisions “upon the recommendation of its chief executive officer” – leaving out that Artis’s CEO is also the head of Sandpiper.

Artis added that all investment and divestment decisions will be made under the supervision of its investment committee, which could help to alleviate any perceived conflicts of interest, but it did not address why an external contract is necessary. Contracts of this sort used to be commonplace for REITs, but have largely been removed over the past decade because they raised concerns about impartiality of the external manager.

In an interview, Mr. Manji stressed that Artis’s investment contract is different than the old-school external management agreements, because all of the REIT’s physical properties will be managed in-house. Sandpiper, meanwhile, has a history of investing in publicly traded real estate companies, and “Artis does not have a core competency in that area,” he said.

However, Mr. Manji hopes to sell most, if not all, of Artis’s properties over time, which means the bulk of its assets could eventually be publicly traded securities.

Under the new management contract, Sandpiper will pay Artis 0.5 per cent of the value of the public securities for the first three years of the agreement, 0.4 per cent in the fourth year and 0.3 per cent thereafter.

As for the confusion about this having just won a campaign against alleged conflicts of interest: “I’ve signed a non-disparagement agreement and a non-disclosure agreement so I won’t comment [on historical situations].” He is simply focused on maximizing value for owners of the REIT, he said.

Artis’s new strategy, which now includes the external contract, is a major departure for the REIT because real estate investment trusts typically own income-producing properties and normally pay out stable distributions.

Not only will Artis invest in equities going forward, but it will do so on margin, meaning some purchases will be funded with debt, which is a much riskier strategy. “Doing something unique and different can be uncomfortable for people,” Mr. Manji said, “I acknowledge and accept that.” He added that the REIT’s investor base has changed quite a bit since the strategy was first announced in March, and he suspects many of the new owners are on board with his vision.

Editor’s note: This story has been updated to reflect the date of Artis REIT’s unitholder vote. 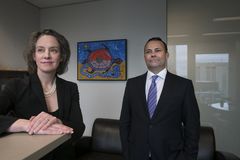 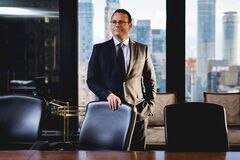