Sandpiper Group has won its bid for control of Artis Real Estate Investment Trust, long before the company’s unitholders were slated to vote in a proxy contest.

Under a settlement between the two sides announced on Monday, Artis’s chief executive and chief financial officers are stepping down and four of its long-time directors have resigned. Five nominees put forward by Sandpiper, the Vancouver-based activist investor, have joined the board.

The agreement ends a two-month-long campaign by Sandpiper, which criticized Artis’s plan to spin off its retail properties into a new investment trust and raised questions about the commercial landlord’s dealings with a property management company owned by CEO Armin Martens’s family members.

Winnipeg-based Artis had called Sandpiper’s move “an unnecessary and resource-consuming proxy fight” and an “American-style smear campaign,” and it postponed a vote by unitholders to approve the spinoff so it could deal with the dispute.

As part of the settlement, Sandpiper has agreed to withdraw its special meeting request and pending litigation. Unitholders had been scheduled to vote on the activist’s slate of directors on Feb. 23.

Sandpiper had already gained support for its cause from some major investors, including Jetport Inc., owned by the estate of Tim Hortons co-founder Ron Joyce. It is Artis’s biggest holder with 13.3 per cent of the units.

“Whenever you have a drawn-out exercise, generally neither side benefits. It can unnecessarily distract both. It can distract management from focusing on the business at hand. It can be very costly, the longer these things go, ultimately for unitholders who bear the burden of that cost,” Mr. Manji said in an interview.

Units of Artis, which has almost 220 commercial properties in Canada and the United States, had fallen by more than a third in the 12 months before Sandpiper launched its offensive, including a steep drop after the COVID-19 outbreak. The company was in talks with potential buyers early this year, but those discussions ended when the pandemic took its toll on corporate merger and acquisition activity in the spring.

In September, Artis announced the spinoff plan, aimed at realizing value for its properties in Western Canada, where economies are struggling from the impact of COVID-19 and the energy industry downturn. Mr. Manji, however, has said a more traditional process to try to sell the assets would be less risky.

Mr. Manji has said his group plans to take 100 days to work with Artis’s managers to develop a new strategy for the REIT. A priority now is appointing a new CEO. He declined to say if there is a candidate waiting in the wings.

Mr. Martens will retire at the end of the year and CFO Jim Green after the next annual meeting in 2021.

“I am pleased that Artis was able to reach an agreement with Sandpiper that Artis believes is in the best interests of the REIT and all of its unitholders,” Mr. Martens said in a statement. “Having served as Artis’s founding chief executive officer for 16 years, I feel this is an appropriate time for leadership renewal and succession.” 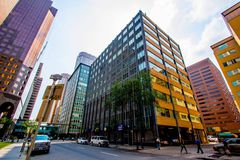 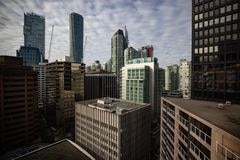