Food distributors that typically serve the restaurant and hospitality industries are pivoting their resources to sell to grocery retailers struggling to restock amid the surging demand caused by the COVID-19 pandemic.

The supply chain that distributes to away-from-home outlets such as restaurants, ski hills, health-care facilities, conference centres and universities is distinct from the one that replenishes the shelves at grocery stores. Each stream is made up of different companies with separate warehouses, inventories, work forces and fleets. But as Canadians self-isolate and the hospitality industry slows to a near standstill, overwhelmed retailers are turning to idled food distributors for help getting goods into their stores.

Food-services distributors have seen their sales decline by as much as 70 per cent because of the pandemic, and their warehouses are stuffed with inventory ordered weeks ago. Some of the product has gone bad, some has been donated to food banks and some has been sold to grocery chains in formats customers would not normally see. Retailers, on the other hand, are facing unprecedented demand and are having trouble keeping pace. They need more product, more storage, more trucks and, most importantly, more workers. To their mutual benefit, the two distribution networks are collaborating like never before.

“The retail supply chain was collapsing while we were standing idle,” said Randy White, the president of major food-distribution company Sysco Canada, a stand-alone subsidiary of Sysco Corp. that employs nearly 5,000 workers across the country. “So we decided to stand up and say: ‘We can help. We can help the supply chain.’ … That’s a business transaction, but it’s also a community effort.”

Mr. White declined to say which retailers the company is supporting, but said Sysco Canada “got connected with many grocers” who are relying on the distributor’s trucking groups to help move product into stores. He added that the company is moving food into Indigenous communities that have seen their supply chains disrupted.

Two other food-services distributors in Canada said they are similarly playing a supporting role for major retailers that normally handle their own warehousing and distribution. Dan Lafrance, president of Ontario’s Flanagan Foodservice Inc., said he saw sales plummet as restaurants were forced to limit their offerings to takeout and delivery. The company had to pivot – fast. Flanagan has three warehouses full of inventory that would have typically moved by now; instead, the company is sitting on upwards of 16 weeks worth of product.

“Fortunately, our counterparts in the retail sector have been extremely helpful in reaching out to us to help meet their needs,” Mr. Lafrance said. “People are really rallying together to try and get through this.”

Flanagan is among the distributors that has managed to offload some of its inventory to retailers, even though the products are in quantities that would never normally be sold at the grocery-store level. The company, for example, has sold 20-kilogram bags of flour to a grocery chain that would typically stock 2.5-kg bags. The retailer initially wanted 40 bags, but Flanagan convinced the company to take a 50-bag pallet that could be dropped onto the store floor, eliminating the need to unpack and shelve the unwieldy bags.

Flanagan typically has 650 permanent full-time employees, but because of the economic fallout of the novel coronavirus, the company has had to temporarily lay off more than 250 workers. Mr. Lafrance said Flanagan is trying to find employment for those furloughed workers in nearby retail warehouses, which need the labour power. Ideally, Flanagan would keep the employees on its payroll and effectively loan the workers to retailers, but the companies are still working out the details of an agreement.

Gordon Food Service, a large distributor operating in Canada and the United States, is also providing added capacity to grocery chains by warehousing the company’s inventory, loading the products onto its own trucks and delivering goods directly to stores. “They’re asking us to manage a portion of the supply chain for them,” said spokesman Mark Schurman, adding that GFS warehouse workers are already skilled at operating forklifts and conveyor belts, and are simply moving product bound for the retail sector rather than the food-services industry. “We’re an additional point of capacity.”

Loblaw Cos. Ltd. is among the major retailers that needs that added capacity. In an e-mail, the grocer said it has been working with food-service companies in recent weeks, including using the distributors’ transportation networks and warehousing facilities.

One of its competitors – Sobeys Inc. – is turning to the distributors for inventory. The retailer recently bought a large shipment of chickens originally meant for a restaurant chain, and processed the meat so it was in cuts familiar to shoppers. The company has also been buying medium-sized eggs from Burnbrae Farms that had been intended for food-service clients. They come packed in trays of 30, which Sobeys began selling on Saturday at stores in Ontario.

The company has also partnered with Sysco to source ground beef, which is shipped in clear vacuum packs; stores add their own labels to the packages. In many cases, Sobeys had existing relationships with suppliers that serve both grocery and food-service clients, which eased discussions. The collaboration has been very helpful “for both sides,” spokeswoman Jacquelin Weatherbee said in an e-mail.

Such supply chain integration is happening all across North America. The International Foodservice Distributors Association predicts that the industry will lose $24-billion between March and June in the U.S. alone. In a bid to lessen the financial impact of the pandemic, the association released a statement last month announcing a match-making partnership that connects distributors with food retailers and wholesalers.

The association declined to name participating companies, but Sysco, which is traded on the New York Stock Exchange, recently told investors it is working with the Kroger Co. family of retail stores to provide temporary work for its employees at certain Kroger distribution centres for at least 30 days. The company said that workers would remain employees of Sysco and would continue to receive their usual benefits.

Stocks of both Sysco and Colabor Group Inc., a major food-service and retail distributor listed on the Toronto Stock Exchange, have fallen steeply since the onset of the pandemic. Shares of both traded up in the past two days, but they are each down by more than 45 per cent since the start of the year.

In addition to collaborating with food-services distributors to speed up the flow of goods, retailers are also looking internally at their own systems. Michael Medline, chief executive of Sobeys parent company Empire Co. Ltd., said in a recent interview that the pandemic has prompted the retailer to re-evaluate its distribution tactics. The company has taken steps to shorten its supply chain, including bypassing the retailer’s distribution centre and employing more direct-to-store shipments.

Such changes may stick, even after the acute phase of the pandemic is over. “While we’re in the moment,” Mr. Medline said, “we’re also looking at what’s going to happen as we start to emerge from this." 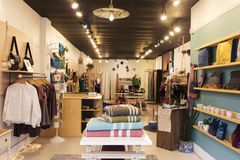 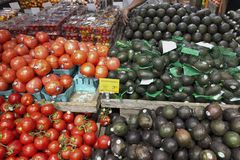 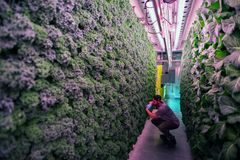 Follow Kathryn Blaze Baum, Sean Silcoff and Susan Krashinsky Robertson on Twitter @KBlazeBaum @SeanSilcoff @susinsky
Report an error Editorial code of conduct
Due to technical reasons, we have temporarily removed commenting from our articles. We hope to have this fixed soon. Thank you for your patience. If you are looking to give feedback on our new site, please send it along to feedback@globeandmail.com. If you want to write a letter to the editor, please forward to letters@globeandmail.com.
Comments