A big part of Neil Bruce’s job lately has been sitting down with clients of SNC-Lavalin Group Inc. to find out why his company lost out on multibillion-dollar engineering contracts.

The clients − oil companies, utilities, miners and others − often explain that the bribery and fraud charges faced by SNC, and the related political firestorm in Ottawa, make doing business with the Montreal firm impossible. Typically, those clients are choosing to sign with a U.S. or European rival instead.

More often than not, Mr. Bruce claims, that foreign competitor has had a few legal problems of its own. Corruption is not unheard of in the construction business. Some countries choose to deal with bad corporate behaviour through the use of formal settlements known as deferred-prosecution agreements (DPA), in which a company agrees to fines and other sanctions in return for avoiding criminal prosecution. Canada has DPA legislation now but Mr. Bruce knows that his company isn’t going to be allowed to take advantage of it.

So off to court goes SNC – with the prospect that it will continue to lose contracts for years while a dark cloud hangs over the company. Which is why, after weeks of seeing his company’s mistakes in Libya and elsewhere repeated in one news story after another, Mr. Bruce came out to speak, in frustration and in anger.

In his first major interview since The Globe and Mail revealed the pressure faced by then-attorney general Jody Wilson-Raybould to settle SNC’s legal case out of court – kicking off a chain of events that continues to rock Prime Minister Justin Trudeau’s government – Mr. Bruce made a couple of things clear. First, his company still strives to be a global champion, based in Quebec. Second, he’s adamant that SNC is now playing by the rules on all fronts, including its lobbying of government officials.

From where Mr. Bruce sits, this controversy should be called the Wilson-Raybould affair, rather than being branded with SNC’s name. It was Mr. Trudeau’s decision to replace her as attorney-general, and her later testimony about how the SNC legal matter was being handled behind-the-scenes, that sparked the political car-wreck for his government.

Mr. Bruce said he is baffled by those who seem bent on bringing down the company. He has met with Andrew Scheer on three occasions. Privately, the Conservative leader is supportive; publicly, he continues to use SNC’s name to bash the Liberals. Mr. Bruce said that outside the country, long-time SNC clients “ask, what the hell is going on in Canada?”

“I’ve been all over the world trying to reassure customers and employees that what’s going on in Canada really fundamentally doesn’t have anything to do with us,” Mr. Bruce said. “The main thing it’s doing is trashing our reputation, and our competitors are loving it.”

Since becoming CEO in 2015, Mr. Bruce has tried to clean house at SNC. He installed a new management team and expanded the business through foreign acquisitions, with employment rising from 35,000 to more than 50,000. The Scotland-born marine engineer apologized, repeatedly, for sins that he says were committed under previous management. He also became co-chairman of the World Economic Forum’s anti-corruption task force.

“We should be holding our employees and our company to the highest possible standard,” Mr. Bruce said. “There were a number of things in the past that weren’t done to the highest standards. But we’ve apologized for that. I’m sorry about that. But we need to move on.”

In the public relations fight, Mr. Bruce is trying to position SNC as the only Canadian-based player at the top end of the engineering and construction industry that is able to deliver start-to-finish work on complex projects such as nuclear power plants, refineries and pipelines. Contrary to what has previously been reported, he said, SNC has never threatened to move its head office out of Montreal. But he added: “We are a proud Canadian and proud Quebec company, and it would be a tragedy if the company, in 10 or 20 or 30 years’ time, was not based here.”

SNC is financially sound, with a $14-billion backlog of projects and assets such as a stake in Ontario’s 407 toll highway that could be sold to raise capital. However, the company estimates it has lost at least $5-billion of potential contracts due to fallout from the corruption allegations.

Mr. Bruce said as both CEO and a relative newcomer to Canada, he wants more for his company and his country.

“I struggle a little with the [Canadian] psyche. It’s, ‘Let’s compete in the international arena and we’re happy with the bronze medal,’” Mr. Bruce said. “I want us, as a Canadian global champion, to win the gold. I want us to be the best.” It might take a three-year court battle, and a bit of luck, for SNC to have sight of that goal. 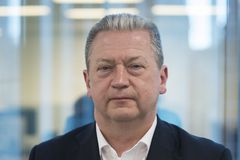 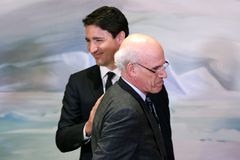