Aurinia Pharmaceuticals Inc. has become the latest in a string of Canadian biotech developers to reach US$1-billion valuations after it reported positive late-stage trials results for a drug that prevents kidney failure in lupus patients.

Now, Aurinia believes it can get the green light for the drug from the U.S. Food and Drug Administration in 2021. It would be the first approved treatment for the condition, known as lupus nephritis (LN). The results showed that patients in a global study of 357 LN-afflicted people that took its drug, known as voclosporin, experienced improved kidney health at nearly twice the rate of those who didn’t.

The news, issued late Wednesday, sent the stock soaring. At one point Thursday, it had more than doubled from the previous day’s close before ending the day at US$15 on the Nasdaq, up 78.8 per cent, leaving Aurinia with a market valuation of US$1.4-billion.

“The results are outstanding,” said Beni Rovinski, a former Aurinia board member and managing director with Canadian venture-capital company Lumira Ventures, an early investor. “This is a major innovation and probably the most exciting news for patients suffering from LN. It is really going to transform the treatment paradigm for these patients."

It makes Aurinia one of only a handful standalone Canadian companies in the sector to deliver positive late-stage human trial results in recent years. The company plans to file a new drug application with the U.S. FDA in the coming months. “We think this data gives us a very good opportunity to get a drug approved and to patients,” CEO Peter Greenleaf said in an interview

Lupus affects about two million people globally – about half of them get lupus nephritis – primarily women of childbearing age and of African, Latin American and Asian descent. The condition, which leads to the human immune system attacking organs in the body, can be difficult to diagnose as it presents itself in numerous ways and mimics other health conditions.

Brooklyn resident Monique Gore-Massy, whose family moved to the U.S. from the Caribbean, said it took two years and visits to six or seven specialists before she got her diagnosis in 2010, when she was in her early 30s. She said in an interview that she had been hospitalized so many times, she had lost count. With no approved drug for LN, doctors typically prescribe a mix of steroids and cancer drugs that cause side effects including loss of hair, vision and mobility, thinning of bone marrow, lethargy, nausea, anemia and depression. She has been unable to work or have children. “I need a better option,” she said, adding news of the Aurinia results left her overcome with emotion. "We’re hopeful for this drug to get passed...we don’t want patients to perish. we want families to have other options.

“Neil and I saw this opportunity to layer on this drug on top of what Neil had proven at Aspreva, to get more patients into remission and get them there faster,” Mr. Martin said. Their startup did a reverse takeover of Isotechnika in 2013 and listed on Nasdaq in 2015.

The company has raised more than US$500-million to date but experienced a temporary setback in 2016 after earlier human clinical-trial results showed more patients died taking the drug than a placebo. The stock made up its losses within a few weeks after the company provided additional data showing the deaths happened in developing countries with poorer standards of care and that the drug was safe. The latest results “puts to bed concerns that arose” from the earlier trial, said Bloom Burton analyst David Martin

Aurinia is now gearing up to take the drug to market on its own. It hasn’t done any partnership or licensing deals with global pharmaceutical giants in North America or Europe – usually a precursor to selling out – and executives sidestepped questions regarding its plans to stay independent. “We’re committed to bringing this drug to patients and moving it forward,” senior vice-president Glenn Schulman said. “That remains our focus.” 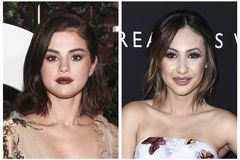