Major automakers are preparing for a future where drivers might not want to own the cars they use.

The shift comes as the industry undergoes rapid technological change towards a driverless future, while high up-front costs and ownership burdens have a small but growing minority of drivers fuelling demand for alternatives.

“In terms of ownership models, I think really we’re on the cusp of change,” said James Carter, principal consultant at Vision Mobility, which gives advice to the auto industry.

Volvo, for one, has announced that it will bring its subscription service to Canada to meet those changing demands.

The service, which starts at $949 per month, is a leasing alternative that covers professional maintenance, minor wear, winter tires and other costs in a single payment.

“We’re giving everybody an opportunity to get a vehicle, and own a vehicle like they own their cellphone,” said Alexander Lvovich, managing director at Volvo Car Canada Ltd.

Customers sign up for 24 months, shorter than many lease agreements, while they can get a new vehicle and the latest technology that comes with it every year, Mr. Lvovich said.

Volvo expects the subscription model to make up about 10 per cent of overall sales, a target already exceeded in its U.S. operations, as customers look for a streamlined process.

“These people want convenience, they want defined and predictable price, they want all the services included. And they want to be able to access this experience in a convenient way online.”

Volvo was the first to launch such a program in Canada, but many higher-end car companies have a variety of subscription models in other markets, including allowing customers to switch between a number of vehicle options.

While some companies offer subscriptions, automotive giants like General Motors Co. are pushing into car-sharing programs.

GM launched its Maven program in 2016 and expanded it to Toronto earlier this year, allowing customers to use a fleet of company vehicles in what’s framed as a simplified rental process.

GM is pushing into territory once led by small-scale co-operatives but becoming crowded by corporate heavyweights.

Avis Budget Group Inc. bought car-share outfit Zipcar in 2013, while Enterprise Rent-A-Car bought the Toronto AutoShare network in 2014 and now offers its own branded CarShare program in Toronto and a few other southwestern Ontario cities. Daimler AG launched its Car2Go program a decade ago and now counts close to three million members globally, including operations in Calgary, Montreal and Vancouver.

Even the British Columbia Automotive Association has jumped in the game, launching its Evo car-sharing network in the province 2015.

One of the fastest-growing players in Canada is Montreal-based Communauto, which added a partnership with Edmonton-based Pogo in September, bought the Vrtucar co-operative serving several southwestern Ontario cities in March, and is preparing to launch its service in Toronto in this month.

The company, which at 24 years old boasts of being the oldest car-sharing service in North America, sees continued growth in the model as drivers look for alternatives.

“You get all the benefits of the car without the problems and the costs involved in owning the car,” said Benoit Robert, Communauto’s chief executive.

Car-sharing services have faced backlash from locals who see them taking parking spots, but Mr. Robert said the service reduces the total number of cars, as about 70 per cent of Communauto members either sell their car when they join, or decide not to own a car.

“There would in fact be less space for their own car if car-sharing would not be there.”

Technological change is allowing even more blurring of ownership on the horizon, such as services like Turo, which serves several Canadian cities and allows owners to rent out their car when not in use. GM’s Maven program is piloting a similar program in a few U.S. cities.

Services like car-sharing and subscription models, however, are setting the stage for the shift to more widespread automated services as the industry rapidly evolves, said Mr. Carter at Vision Mobility.

“We’re very much on the cusp of the future, but I very much see over the next five years that this type of way to get into a vehicle, not just buy, but have usage access to a vehicle, will grow very very quickly and significantly.” 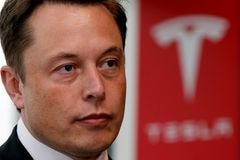 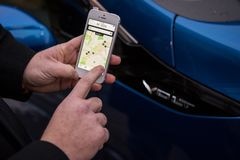