Online automobile marketplace Trader Corp. is back on the auction block, with its U.S. private equity parent preparing for an initial public offering or sale of a business that has gone through a number of different owners in recent years.

San Francisco-based private equity fund Thoma Bravo LLC is expected to launch an IPO in the next six weeks that would result in the sale of a portion of its stake in Trader, which attracts 16 million monthly visits to websites autoTrader.ca and autoHEBDO.net in Quebec, according to investment banking sources. The private equity fund is also said to be willing to sell the entire company if a buyer steps forward, say these sources, who were granted anonymity because they are not authorized to speak about the process. Over the past 14 years, Trader has been, in turn, family-controlled, part of Yellow Pages Ltd. and owned by two private equity funds.

Thoma Bravo recently hired a syndicate of investment banks that includes Goldman Sachs Group Inc. and RBC Capital Markets to advise on the potential IPO or sale, an approach bankers call a dual-track process. Both investment banks previously advised Trader’s owners on transactions and made loans to back its acquisition.

Thoma Bravo focuses on technology investments and acquired Toronto-based Trader in July, 2016, for $1.58-billion from another private equity fund, U.K.-based Apax Partners. The sellers are targeting a valuation for Trader, which bills itself as the country’s leading digital auto marketplace, that is a significant premium to that purchase price. If Trader does go public later this year, it is expected to list its shares on a Canadian and U.S. stock exchange. Spokespeople for Thoma Bravo, Trader, Goldman and RBC declined to comment.

Over the past two years, Trader expanded its business, in part by building new relationships with auto dealerships, which provide inventory for its websites. On the weekend, autoTrader.ca had listings for 411,942 new and used cars and trucks, along with motorbikes, snowmobiles and boats. The company has developed online tools that calculate the value of used cars and struck partnerships that link car buyers to auto insurers. In 2018, the company’s website shows it hired 200 new employees and invested in small, auto-focused technology companies in Vancouver and Montreal.

Last year saw technology companies raise a record US$29-billion from IPOs, according to a report published in late December by CIBC World Markets Inc. analyst Stephanie Price. The value of tech IPOs was up 27 per cent compared to the previous year and exceeded the high-water mark set in 2015.

Investment bankers are expected to market Trader as a print publisher that has successfully evolved into a digital media platform. The Canadian company has humble roots as the biweekly Auto Trader magazine, launched in Toronto in 1975 by marketing executives William and Elizabeth Francis. The family-owned company built a national presence before being sold to Yellow Pages in 2005 as part of an acquisition spree by the phone-book publisher.

Yellow Pages subsequently struggled to pay down debt and took a significant loss when it sold Trader to Apax in 2011 for $745-million. Apax promptly recruited veteran digital-media executive Sebastian Baldwin as CEO – he was running the Auto Trader business in the U.K. – and Mr. Baldwin continued to lead the company when Thoma Bravo acquired it in 2016. He remains the CEO.

Thoma Bravo was founded in 1980 and has invested more than US$30-billion in approximately 140 businesses, with a focus on technology and health-care companies. It acquired Trader at the same time it closed a US$7.6-billion buyout fund in 2016. Earlier this month, the firm began marketing a new private equity fund and is hoping to raise US$10-billion from institutional investors. 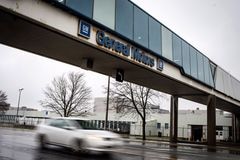 Yes, the economy is slowing – but the smart money is betting on a modest downshift
Subscriber content
January 21, 2019 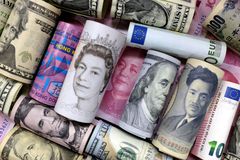 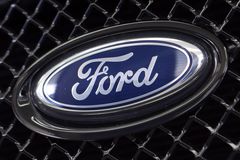