The rapid adoption of digital tools across industries during the pandemic has boosted the fortunes of a Kitchener, Ont., startup that sells software to builders.

Bridgit Inc. saw use of its online construction work force and resource planning software, Bridgit Bench, jump by 72 per cent in the second quarter among existing customers compared with the first quarter, chief executive and co-founder Mallorie Brodie said.

“As soon as COVID-19 hit, construction companies were having changes in their schedules, changes in personnel and that impacted their overall resource planning efforts, which ultimately led to increasing usage of our product,” Ms. Brodie said.

Bridgit Bench, launched in 2019, is now used by 74 construction companies across North America – typically replacing manual processes involving spreadsheets and whiteboards in an industry that has been slow to embrace digitization. “Even as companies are cutting their spending and being cautious of what investments they make, they’re seeing enough value in the tool,” said co-founder and chief operating officer Lauren Lake.

Bridgit is also announcing Tuesday it has raised $9.4-million in venture capital led by U.S. construction software giant Autodesk Inc. The San Francisco company has spent more than US$1.2-billion on software companies to expand its digital offerings to builders and planners since 2018 beyond its core 3-D-modelling software. The financing was also backed by Export Development Canada and past investors Business Development Bank of Canada Women in Technology Venture Fund, Salesforce Ventures, Sands Capital and StandUp Ventures.

Autodesk plans to add Bridgit Bench to its “Autodesk Construction Cloud” platform, alongside its recently acquired digital offerings to help construction companies digitize a range of tasks, from managing bids to viewing blueprints.

“There really aren’t” any resource planning and tracking products for the industry like Bridgit Bench, said Jim Lynch, vice-president and general manager of Autodesk Construction Solutions. “Mallorie and Lauren have done an incredible job at identifying a significant gap in the construction process.”

He added the onset of the pandemic and disruptions of business activity “has increased the importance of solutions like Bridgit” by helping contractors improve predictability of their operations and protect their margins.

Ms. Lake said “for us it was kind of a no-brainer to work together with Autodesk, given their presence in the space and the fact our product fills a gap” in its offering. “It opens us up to a much larger customer base than we ever could [access] on our own.”

While Bridgit counts about 28 of the top 400 engineering and construction firms in North America as customers, Autodesk has more than 10 times that amount.

The Bridgit co-founders, now in their late 20s, met in 2013 when they were in their final year at University of Western Ontario. Ms. Brodie, a business student, was paired up with Ms. Lake, who was studying civil engineering, when they attended the Next 36 accelerator program for young entrepreneurs in Toronto.

Both women came from families that owned construction companies, so they decided to build a company that would address problems in that industry. After visiting many construction sites, they developed a digital “punch list” that workers and inspectors could use on their mobile devices to track project tasks.

While that product was used on thousands of construction sites, “the challenge was it didn’t have a recurring revenue model,” said Michelle McBane, managing director with StandUp, which specializes in backing women-led companies. That led to the development of Bench, which is sold on a subscription basis to customers over the internet. “The product has taken off,” Ms. McBane said.

Asked if Autodesk’s investment is the first step toward buying Bridgit, Ms. Lake said selling out “is not the intent but I think the partnership is a great way to see how the two companies work together.”

Mr. Lynch added the investment “is absolutely not a precursor to an acquisition.” He noted that, in addition to the three construction businesses Autodesk had bought since 2018, it has invested in eight other companies. “Right now [acquiring Bridgit] is not on our radar,” he said. “Resource tracking today is not core to our strategy, but it is super important to the industry.” 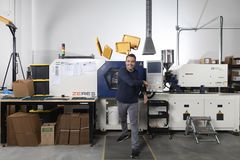 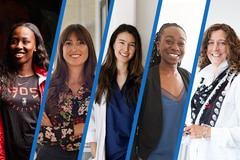 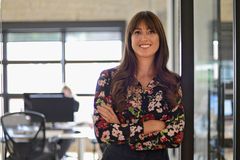