Food prices are set to increase by about 4 per cent next year, according to a new report – meaning the average family will spend about $480 more on groceries in 2020.

The forecast, driven in large part by climate change and continuing trade issues, outpaces the average food inflation rate over the past decade of about 2 per cent to 2.5 per cent a year, according to Canada’s Food Price Report released Wednesday from Dalhousie University and the University of Guelph.

Meat, fresh fruit and vegetables are expected to jump the most in price. Meat, especially, is to be between 4 per cent and 6 per cent more expensive than 2019.

“The rise of plant-based alternatives does give optimism for meat prices by creating a new class of substitutes, but global demand for meat outside Canada will increase domestic prices in 2020,” the report says. Much of that demand over the past year has been driven by threats of a global outbreak of African swine fever in pork.

The other main drivers behind grocery price hikes include trade issues and unforeseen events, such as California’s recent E. coli outbreaks linked to romaine lettuce. Also cited were trade uncertainties between Canada and the United States and China.

U.S. President Donald Trump’s crackdown at his country’s borders has also driven prices higher for produce imported from the U.S. and Mexico, said Simon Somogyi, project lead for the University of Guelph. “A truck that took six hours to get through a border three years ago now takes three days,” he said.

“At the end of the day, we need to be producing more fresh fruit and vegetables here.”

But the “elephant in the room” driving prices higher, according to the report, is climate change and its impact on the food system.

It singles out a number of environmental factors expected to influence prices.

One such factor is the backlash against single-use plastics in the food industry – as reflected by Sobeys’ ban on plastic bags, and recent moves by Loblaws, Metro and Walmart to reduce the use of plastic.

Another is the potential impact of the federal government’s carbon tax and other climate-related interventions – though the exact impact is unclear.

“Even though [the carbon tax] is paid by businesses, many believe it will have an impact on everything we consume, including food,” the report says.

Still, the specific costs of climate change can be difficult to quantify, said Sylvain Charlebois, the report’s lead author and director of the Agri-Food Analytics Lab at Dalhousie. “Everybody agrees it costs more, but we don’t really know how much." Instead, he said the cost of climate change is more likely to be captured by looking at volatility.

“Today, every single month there’s at least one product that goes up 10 or 20 per cent” because of erratic weather patterns, he said. “So the price of climate change, really, is unpredictability.”

Prof. Charlebois warned the 2020 forecast is likely a conservative one. As part of Canada’s Food Price Report, the researchers looked back at the past decade of their predictions, and found the forecasts have been more than 80-per-cent accurate.

“Whenever we’ve missed the mark, we’ve tended to lowball food inflation,” he said. 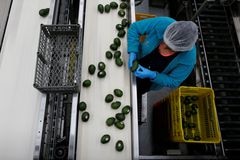